A first rain in six months for Mutare, Zimbabwe. Afterwards, crepuscular rays in a clear blue sky, then against a flaming red sunset.

On October 30, 2015, we in Mutare, Zimbabwe received some welcome rain after six months of almost completely dry weather and a seemingly never-ending succession of veld fires, which filled the skies with smoke haze and caused a lot of damage. The storm – shown in the looped time-lapse movie above – was accompanied by almost continuous rumbles of thunder produced by frequent hidden discharges of lightning generated by strong turbulence in the dense swirling mass of approaching cloud. After a few minutes curtains of rain started to fall from the most strongly rotating portion, refreshing the parched ground, extinguishing fires and clearing the last traces of smoke from the air.

The time lapse video consists of 5 loops each containing 160 frames extracted at 5 second intervals from a real-time video which runs for 13 minutes and 22 seconds. As each loop lasts just 8 seconds, all motion has been speeded up 100 times with spectacular effect. Both video and crepuscular ray still photographs were taken using a Panasonic Lumix DMC-TZ60 camera in intelligent auto mode.

After the welcome downpour, the crystal clear air that remained behind enabled the evening sun to produce a very interesting display of crepuscular rays as it set behind some lingering clouds.

What was exceptional was being able to photograph these both in clear blue sky (first picture) and, just 20 minutes later, in a flaming red backdrop produced by the setting sun (second picture).

The third picture, taken in between, has blue sky on top and red sky lower down and shows how this amazing contrast arose.

All-in-all quite an eventful day! 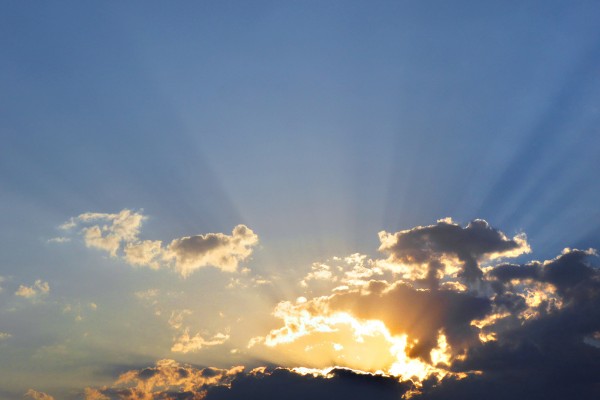 After the rain, crepuscular rays in a blue sky. Photo taken October 30, 2015 by Peter Lowenstein in Mutare, Zimbabwe. 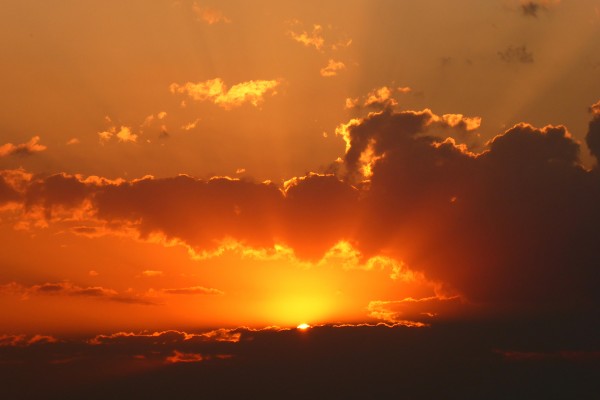 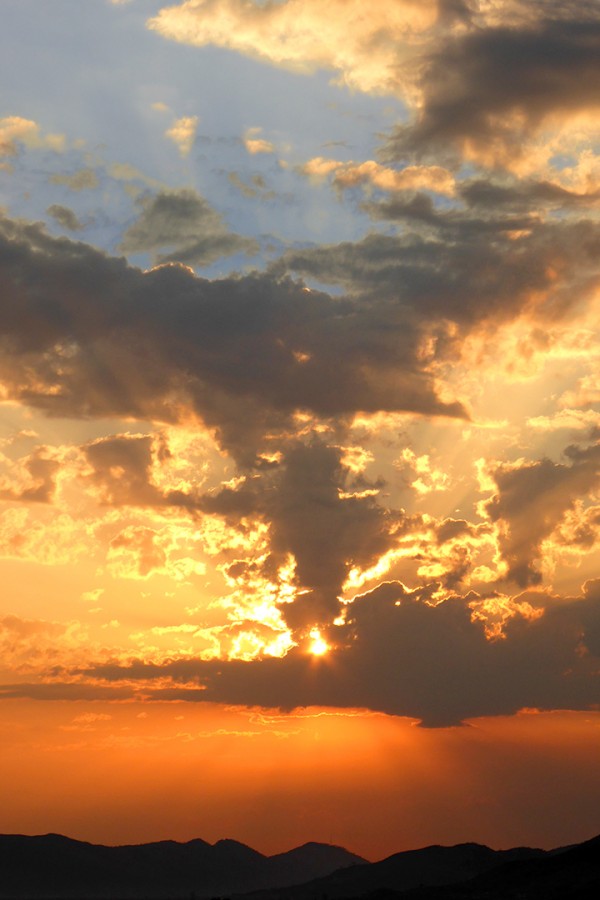