The Draconids did have an outburst

Experts had said “no outburst” predicted for the 2018 Draconids. But, since the parent comet had recently passed near, observers knew to watch anyway. 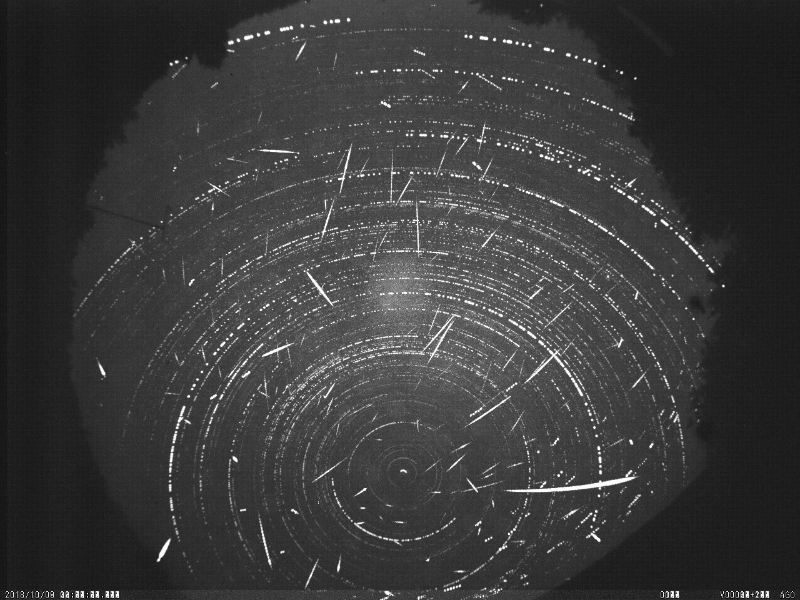 No one knew if the annual Draconid meteor shower would have an outburst in 2018. There was a possibility, since the parent comet of this meteor shower – comet 21P/Giacobini-Zinner – passed near Earth in September. Experts were not predicting an outburst, but skywatchers were on the lookout, anyway. And, indeed, observers in Europe reported rates of more than 100 meteors an hour in a brief outburst, lasting no more than about two hours. The composite image above is from that outburst. You can read more about the outburst, and see more photos, via the International Meteor Organization (IMO).

The Draconid outburst took place around 22:00 to 00:00 UTC on October 8; translate UTC to your time. In other words, it was winding down just as night was falling across eastern North America. We didn’t hear any reports from the U.S. East Coast of elevated rates for the Draconids, and, by the time night fell further west on the American continent, the outburst had ended.

Ross Hubbard in Hanover, Indiana, did submit the beautiful shot below of a single earthgrazer, from that same evening, the evening of October 8, 2018. Ross wrote:

I shot 107 frames that evening and only 3 meteor trails captured. The one I dearly wanted … I thought it was just out of the frame and not recorded. When I returned home, I was shocked to see that I’d gotten most of it. I shot this at 16mm for 20 seconds at f/2.8 and at an ISO of 1600. I used my PureNight® filter to help knock down the excessive light pollution that would have dominated the scene. The meteor – a brilliant ‘earthgrazer’ – lasted 2-3 seconds and left a glowing tail that slowly dissipated before blinking out. That shot made it all worthwhile! 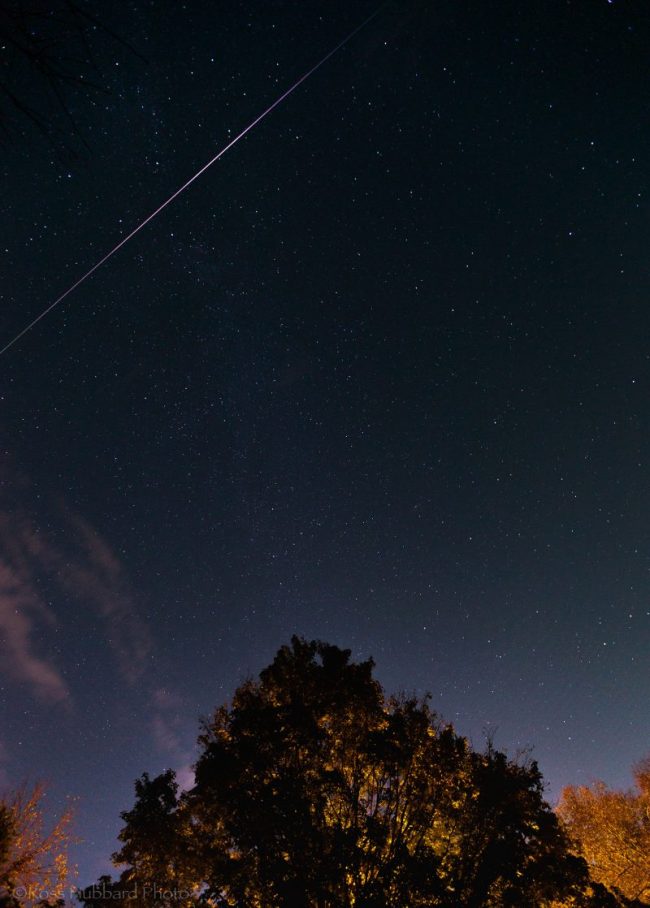 Bottom line: The 2018 Draconid meteor shower did have a brief outburst, visible over Europe.