An ESA space observatory was looking for something else when it caught these X-ray images of an aurora.

Normally busy with observing high-energy black holes, supernovas and neutron stars, ESA’s Integral space observatory recently had the chance to look back at our own planet’s aurora. Image via ESA

Did you know that auroras emit X-rays? This new image from ESA, released January 26, 2016, shows the X-ray component of an aurora caught by accident by the Integral space observatory in late 2015. The observatory was looking for something else when it acquired the images at time intervals of about 8 minutes in order to make this composite. They show intense auroral emission first visible on the side of Earth facing the observatory (roughly around east Siberia, north of Japan), and then on the opposite side.

Auroras – sometimes called the northern or southern lights – result from storms on the sun. They happen when energetic solar particles reach Earth and are drawn along our planet’s magnetic field, where collide with different molecules and atoms in Earth’s atmosphere. The collisions create the auroras. The X-rays are generated as the incoming particles decelerate, ESA said.

Auroras are transient, and cannot be predicted on the timeframe that satellite observations are planned, so this was certainly an unexpected observation. 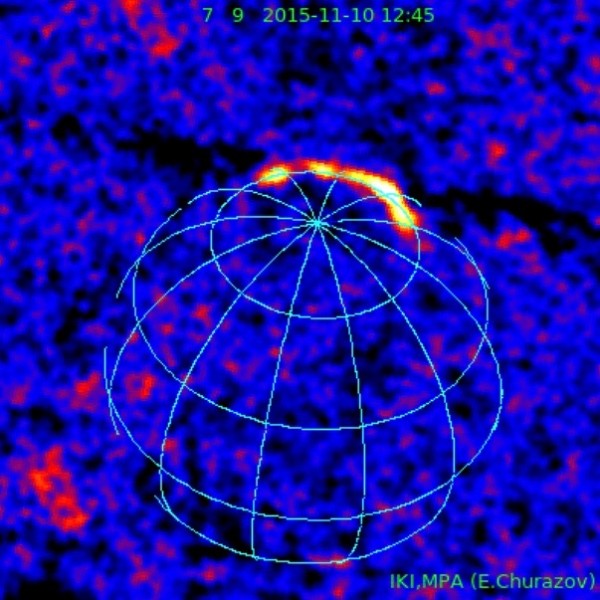