How to find a wormhole … if they exist

A team of physicists proposes that perturbations in the orbits of stars near supermassive black holes could be used to detect wormholes … if they exist. 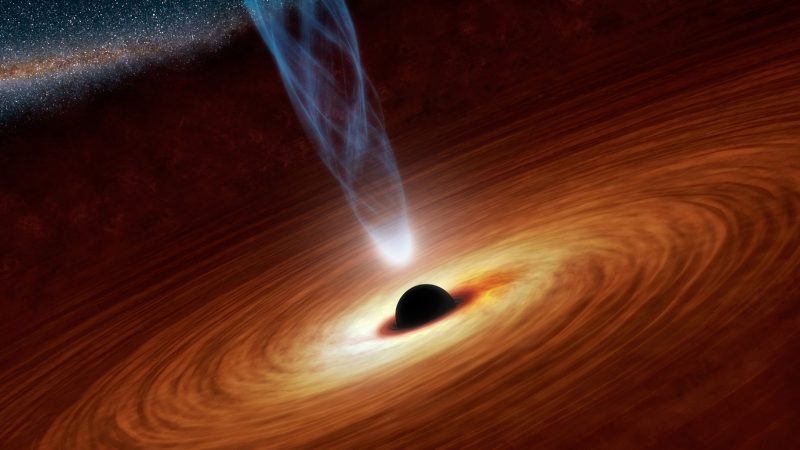 A new study outlines a method for detecting a wormhole – a speculative phenomenon that forms a passage between two separate regions of spacetime – in the background of supermassive black holes.

The idea of wormholes has long captured the imagination of sci-fi fans. You can picture a wormhole as a tunnel with two ends, each at separate points in spacetime. In theory, such pathways could connect one area of our universe to a different time and/or place within our universe, or to a different universe altogether.

But whether wormholes actually exist is up for debate. If they’re out there, the new paper, published on October 10, 2019, in the peer-reviewed journal Physical Review D, suggests a technique for detecting them.

The new paper suggest that scientists could hunt for a wormhole by looking for perturbations in the path of a star called S2, that orbits Sagittarius A* (pronounced A-star). Sagittarius A* is an object that’s thought to be a supermassive black hole at the heart of the Milky Way galaxy. While there’s no evidence of a wormhole there, it’s a good place to look for one because wormholes are expected to require extreme gravitational conditions, such as those present at supermassive black holes. 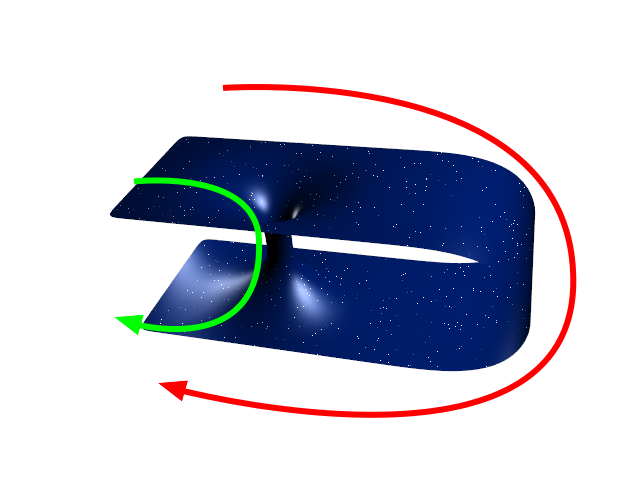 Here’s a visualization of a wormhole. For a simplified notion of a wormhole, space can be visualized as a two-dimensional (2D) surface. In this case, a wormhole would appear as a hole in that surface, lead into a 3D tube (the inside surface of a cylinder), then re-emerge at another location on the 2D surface with a hole similar to the entrance. Read more about this image here.

The physicists suggest that if a wormhole does exist at Sagittarius A*, nearby stars – such as S2 – would be influenced by the gravity of stars at the other end of the passage. As a result, it would be possible to detect the presence of a wormhole by searching for small deviations in the stars’ expected orbits.

University at Buffalo physicist Dejan Stojkovic is a study co-author. He said in a statement:

If you have two stars, one on each side of the wormhole, the star on our side should feel the gravitational influence of the star that’s on the other side. The gravitational flux will go through the wormhole. So if you map the expected orbit of a star around Sagittarius A*, you should see deviations from that orbit if there is a wormhole there with a star on the other side.

Stojkovic said that if wormholes are ever discovered, they’re not going to be the kind that science fiction often envisions.

Even if a wormhole is traversable, people and spaceships most likely aren’t going to be passing through. Realistically, you would need a source of negative energy to keep the wormhole open, and we don’t know how to do that. To create a huge wormhole that’s stable, you need some magic.

Nevertheless, wormholes – traversable or not – are an interesting theoretical phenomenon to study. While there is no experimental evidence that these passageways exist, they are possible according to theory. As Stojkovic explains, wormholes are “a legitimate solution to Einstein’s equations.”

While current surveillance techniques are not yet precise enough to reveal the presence of a wormhole, Stojkovic says that collecting data on S2 over a longer period of time or developing techniques to track its movement more precisely would make such a determination possible. These advancements aren’t too far off, he says, and could happen within one or two decades.

Stojkovic cautions, however, that while the new method could be used to detect a wormhole if one is there, it will not strictly prove that a wormhole is present. He said:

When we reach the precision needed in our observations, we may be able to say that a wormhole is the most likely explanation if we detect perturbations in the orbit of S2. But we cannot say that, ‘Yes, this is definitely a wormhole.’ There could be some other explanation, something else on our side perturbing the motion of this star.

Bottom line: A new study suggests a way of finding a wormhole … if they exist.