Today marks the completion of Neptune’s first known orbit in human history. Voyager 2 gave us images of Neptune the early observers would have envied.

We’re celebrating the completion of Neptune’s first known orbit today. In other words, as of today – July 12, 2011 – Neptune has completed its first orbit around the sun since astronomers discovered the planet in 1846.

To celebrate, here are some of the coolest images of the big guy we could find. Go Neptune! Keep on truckin’ in your 165-year orbit around the sun.

Believe it or not, the image above was one of the best images we had of Neptune before Voyager 2’s closest encounter with the planet in 1989. Voyager 2 took the image – on approach to Neptune. See how little we knew? This is how Neptune looked to us from 57,000,000 kilometers (35 million miles) away – much closer than we’d ever been. After all, Voyager 2 had traveled 12 years at an average velocity of 19 kilometers a second (about 42,000 miles an hour) to reach Neptune, which is 30 times farther from the sun than Earth is. We saw the image above, and were we excited! But it got much better. 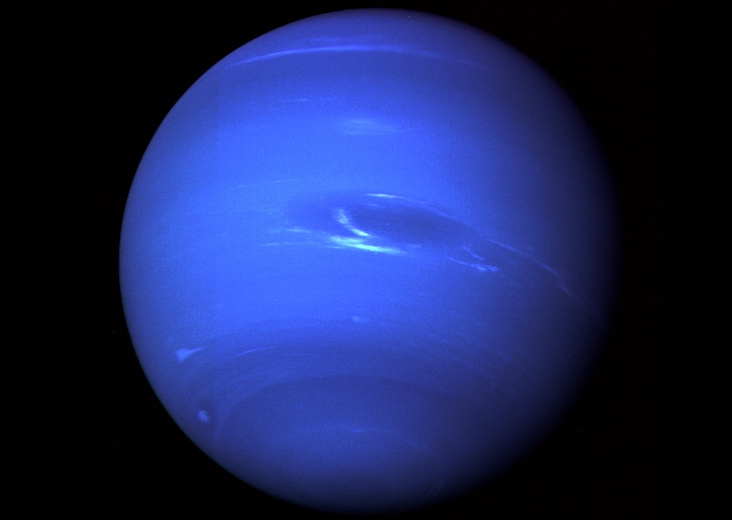 Voyager 2 was 4.4 million miles away – still approaching Neptune – when it acquired the image shown above. This was August 20, 1989, four days and 20 hours before Voyager’s closest approach to Neptune. More about this image 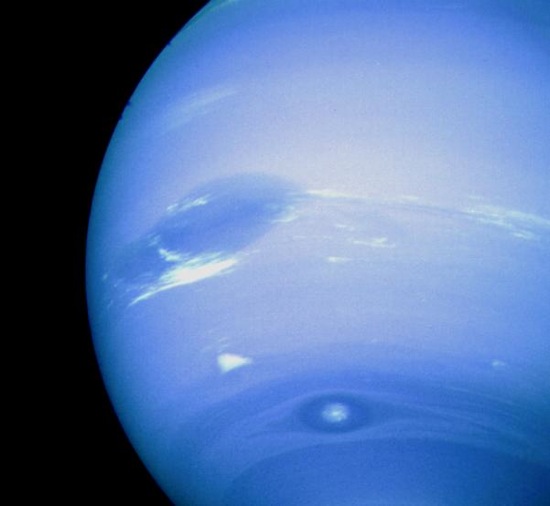 The image of Neptune above was reconstructed from two images taken by Voyager 2. Notice the Great Dark Spot at the north (top). It’s accompanied by bright white clouds that were seen by Voyager to undergo rapid changes in appearance. To the south of the Great Dark Spot is the bright feature that Voyager scientists nicknamed Scooter. Still farther south is the feature called Dark Spot 2 by scientists. See its bright core? Remember, when we look at Neptune, we’re not seeing a solid surface. We’re seeing the tops of this world’s dense clouds. Each feature visible in this image moves eastward at a different rate, so it is only occasionally that these features appear close to each other, as they do here. More about this image 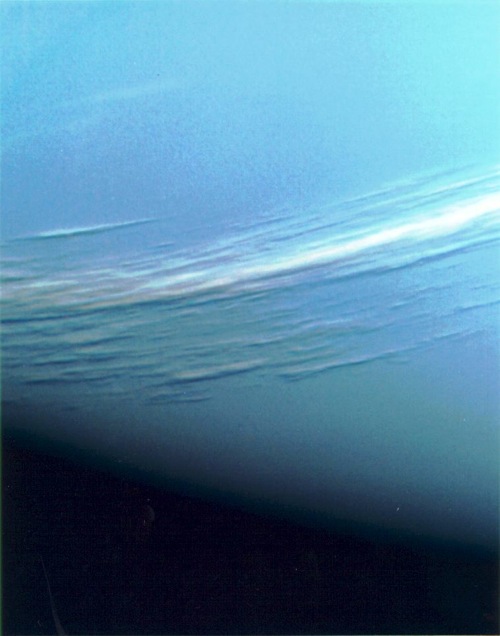 And Voyager 2 got closer still. Voyager 2 acquired the above image two hours before its closest approach. You can see the vertical relief in Neptune’s bright cloud streaks. The bright sides of the clouds that face the sun are brighter than the surrounding cloud deck because they are more directly exposed to the sun. Shadows can be seen on the side opposite the sun. The resolution of this image is 11 kilometers (6.8 miles) per pixel, and the distance to the planet is only 157,000 kilometers (98,000 miles). The width of the cloud streaks ranges from 50 to 200 kilometers (31 to 124 miles), and their shadow widths range from 30 to 50 kilometers (18 to 31 miles). Cloud heights appear to be on the order of 50 kilometers (31 miles). More about this image 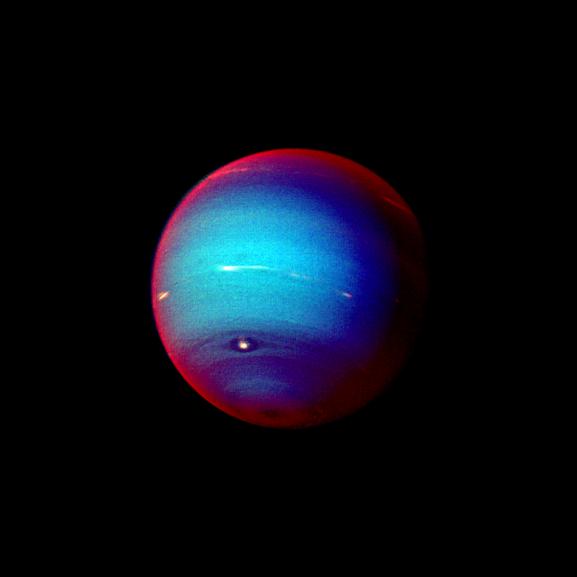 Voyager 2 observed Neptune almost continuously from June to October 1989. It was a fly-by, not an orbiter, though, and so ultimately it swept past the planet and headed on – outward. By the time the image above was acquired, Voyager 2 was leaving Neptune’s vicinity. It’s among the last full disk photos that Voyager 2 took before beginning its endless journey into interstellar space. More about this image

By the way, Voyager 2 is the first – and still only – earthly spacecraft that has visited Neptune. It was launched August 20, 1977, and visited Jupiter in 1979, Saturn in 1981 and Uranus in 1986 before making its closest approach to Neptune on August 25, 1989. Now, with its brother craft Voyager 1, Voyager 2 is expected to leave the heliosphere – or sphere of the sun’s influence – within the next five or so years.

So happy birthday Neptune! Happy completion of your first known orbit in human history. And thank you Voyager 2 space scientists for giving us images of this remote giant that the early Neptune observers would have envied … to say the least.

Surprise! Froth of magnetic bubbles at edge of solar system