On Monday, February 1, 2 NASA astronauts will perform the 2nd in a pair of International Space Station spacewalks to finish installing a European science platform and complete long-term battery upgrade work. How to watch live. 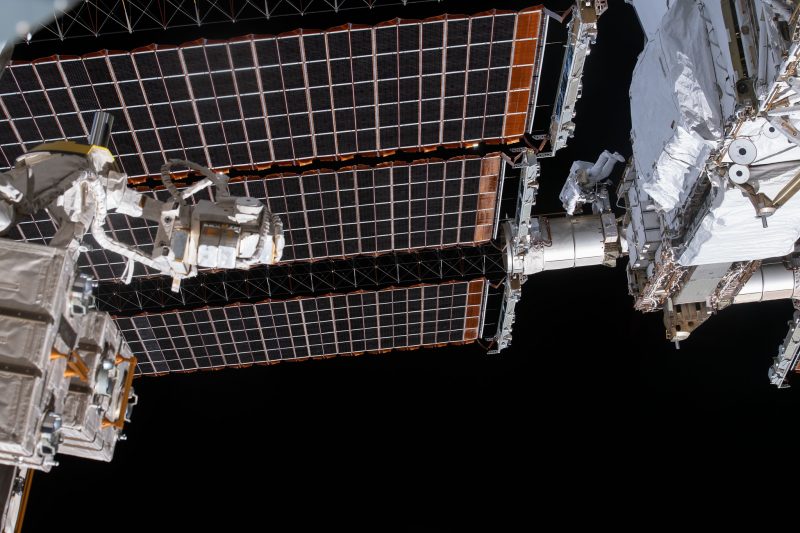 On Monday, February 1, 2021, two NASA astronauts will perform the second in a pair of International Space Station spacewalks to finish installing a European science platform and complete long-term battery upgrade work. The first spacewalk took place on January 27. Completion will mark the end of a four-year-long battery replacement project, and three cameras will feature new upgrades. The astronauts will also remove another grapple fixture bracket on the same truss segment that was modified during the first spacewalk. NASA TV’s live coverage of the spacewalk will begin on Monday at 5:30 a.m. EST (10:30 UTC). The spacewalk itself begins at around 7:00 a.m. EST (12:00 UTC), and will last about 6 1/2 hours. Watch here.

NASA flight engineers Michael Hopkins and Victor Glover, who flew to the space station aboard the SpaceX Crew Dragon Resilience spacecraft, will conduct the spacewalk, which will be the 234th in support of space station assembly, maintenance, and upgrades. NASA has set the focus of the spacewalk on a variety of tasks, including installation of a final lithium-ion battery adapter plate on the port 4 (P4) truss that will wrap up battery replacement work begun in January 2017. Hopkins and Glover will remove another grapple fixture bracket on the truss segment, replace an external camera on the starboard truss, install a new high-definition camera on the Destiny laboratory, and replace components for the Japanese robotic arm’s camera system outside the Kibo module.

Not every day you get to see your spaceship and crew quarters from the outside. Looking good Resilience! pic.twitter.com/Uoywbp24RP