Many Yuri’s Night celebrations are this weekend

Yuri Gagarin was a Russian pilot who became the first human to travel to space, in 1961. His fascinating story -plus links to Yuri’s Night celebrations that you can join online – here. 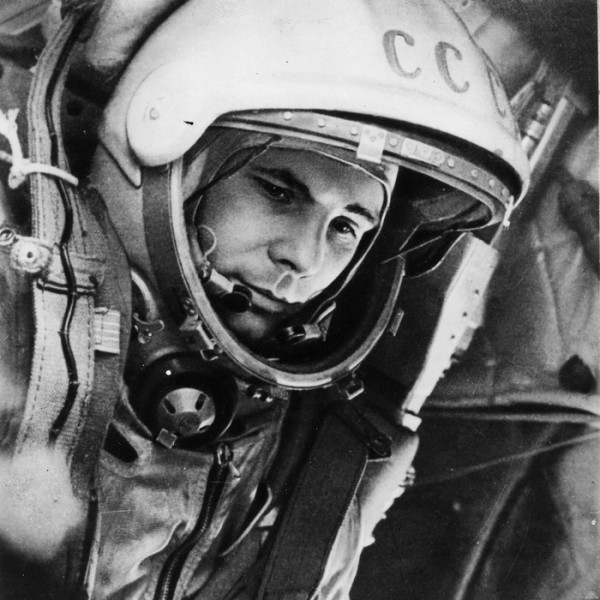 Yuri Gagarin was so cool! He was a Russian pilot who became the first human to travel to space, on April 12, 1961. A very, very brave man. In our time, people around the world still honor Yuri’s bravery, with an annual celebration called Yuri’s Night, aka the World Space Party. It happens each year on or around April 12. When I looked at the page this week, it mentioned that 2020 is the 20th year of Yuri’s Night parties all around the planet. And it mentioned that many Yuri’s Night events have been transferred to online venues, due to stay-at-home orders in many countries.

Want to see if there’s an online Yuri’s Night you can attend? Find 25 virtual events at the bottom of this page.

Hear a recording of Yuri Gagarin saying “poyekhali” (“let’s go”) before the launch. 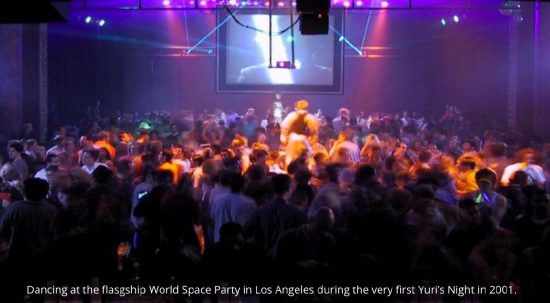 Okay, we won’t see crowds this Yuri’s Night. Click here to learn if there’s an online Yuri’s Night celebration near you in 2020. 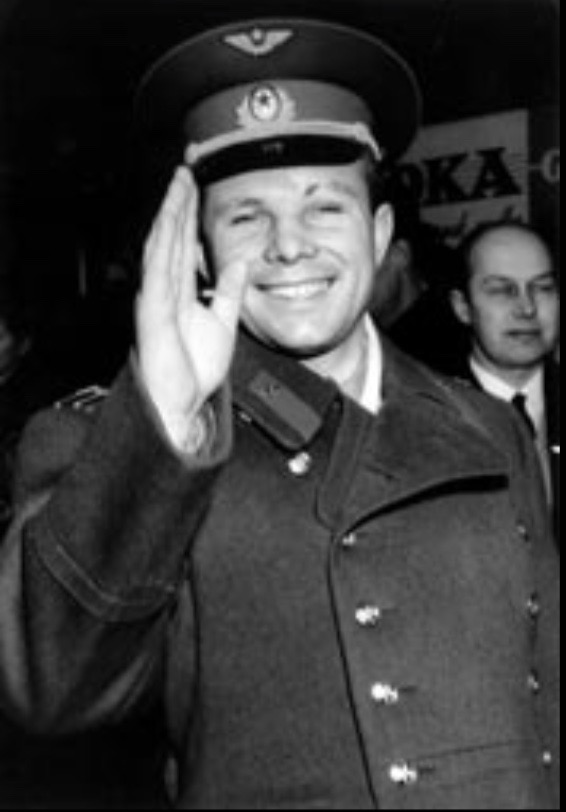 Gagarin in Sweden in 1964. Image via Wikimedia Commons.

Yuri was born on a small farm west of Moscow. His father was a bricklayer, a carpenter, and a farmer. His mother was a milkmaid. He was the third in a family of four children.

During the Second World War, the Gagarin family was broken apart as two of Yuri’s older sisters were taken into labor camps by the Nazis. The Gagarins were forced out of their house and dug a hideout in the ground, where they stayed until the end of the war. After the war, the family moved to Gziatsk.

Gagarin was inspired to become a pilot while still a teenager. When a Russian Yak fighter plane was forced to land in a field near his home, the praise those pilots received left a mark on the young Gagarin. He wanted to be like them.

He studied to become a foundryman (a foundry is a factory that melts metals in special furnaces and pours the molten metal into molds for making products). He was singled out for his skillfulness to further his studies in the Saratov Technical School. 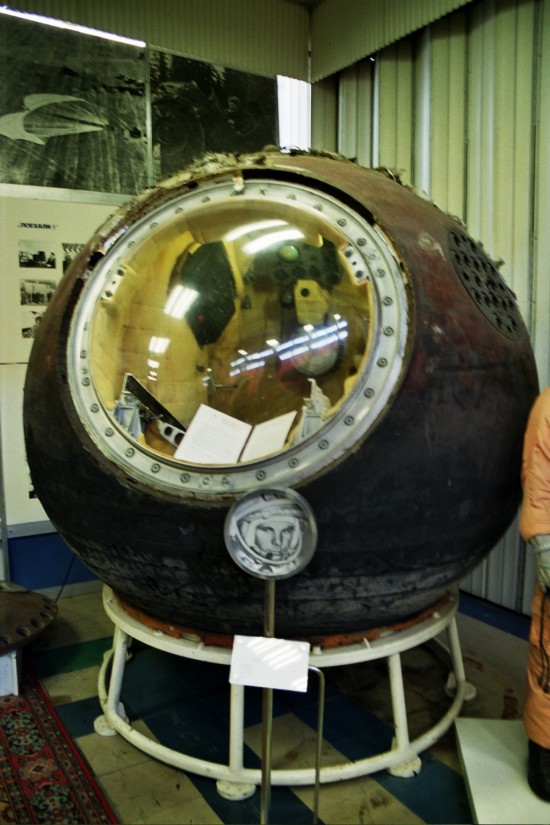 There, his dream to become a pilot took root, as during his fourth and last year at Saratov he had the chance to join a local flying club. He learned to operate a plane, and flew by himself for the first time in 1955.

That same year, he also graduated from school, and was recruited by the Soviet Army.

At the advice of his flying mentor, he joined the Soviet Air Force, and went on studying at the Orenburg School of Aviation. There, he was taught to fly MIGs.

During his studies at Orenburg, he also met his future wife, Valentina Ivanova Goryacheva, who was a nursing student at the time.

In November 1957, when Gagarin was 23, he graduated from Orenburg with honors and married Valentina. Later, the couple had two girls, Yelena and Galina.

In 1959, after the Russians succeeded at photographing the far side of the moon for the first time with Luna 3, many – including Yuri – felt it was about time for the first man to be sent to space. He and a few other men were accepted for cosmonaut training in 1960 after a lot of selection.

The selected candidates underwent not only physical training, but also mental and psychological training. Gagarin was known for his good humor, perseverance and calm.

On April 12, 1961, the Russians amazed the world by launching Vostok 3KA-3 (Vostok 1) from the Baikonur Cosmodrome with Yuri Gagarin aboard.

Vostok means “east” in Russian: east for sunrise, and for the rise of the Space Age. 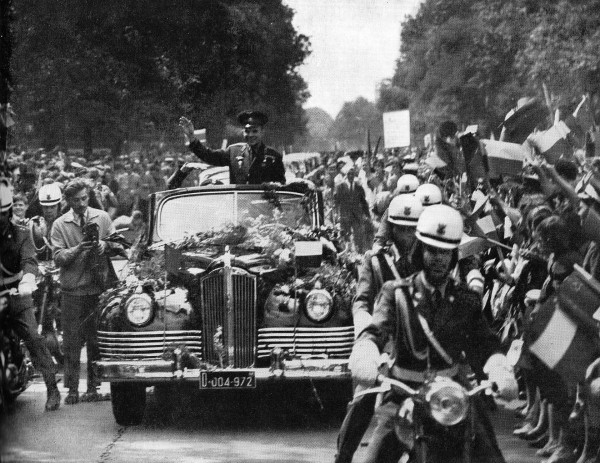 Yuri Gagarin in Warsaw in 1961. Image via Wikimedia Commons.

After coming back from space, Gagarin became an international celebrity. The Soviet leader Nikita Khrushchev awarded him with the title of Hero of the Soviet Union.

His dream had come true.

Gagarin and his wife began touring the world, where Yuri was decorated for his legendary accomplishment. It’s rumored that Gagarin didn’t handle his fame very well, however.

In 1962, he was appointed a deputy of the Soviet Union and elected to the Central Committee of the Young Communist League. But Gagarin was not entirely happy. He felt he didn’t train to fly only once. He wanted to fly more, but – according to the stories about him – those around him tried to stop him for fear of losing the great Soviet hero.

In 1963, Gagarin later became deputy training director of the Cosmonaut Training Center outside Moscow. Later, the training center was named for him.

The following year he started extensive training to become a fighter pilot. He died on March 27, 1968, at the age of 34 due to the crash of a MiG-15UTI that he and colleague Vladimir Seryogin were flying from the Chkalovski Air Base.

Their bodies were collected near the small town of Khirzach, and were cremated. Their ashes are a part of the Kremlin in Red Square in Moscow. 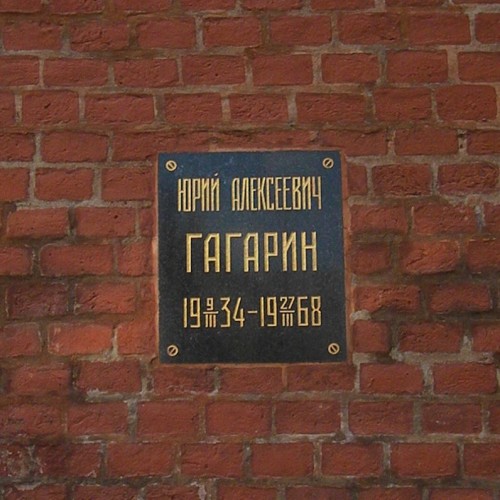 Yuri’s plaque at the Kremlin in Moscow, via Wikimedia Commons.

Bottom line: Born on March 9, 1934, Yuri Alekseyevitch Gagarin (1934-1968) was the first human being ever to travel into space. His historic flight took place on on April 12, 1961, when he orbited Earth for 89.1 minutes in Russia’s Vostok 1 spacecraft. Now, space fans celebrate his birthday each year with Yuri’s Night parties.