On September 18, 1977, as it headed toward the outer solar system, Voyager 1 looked back and acquired a stunning image of our Earth and moon. 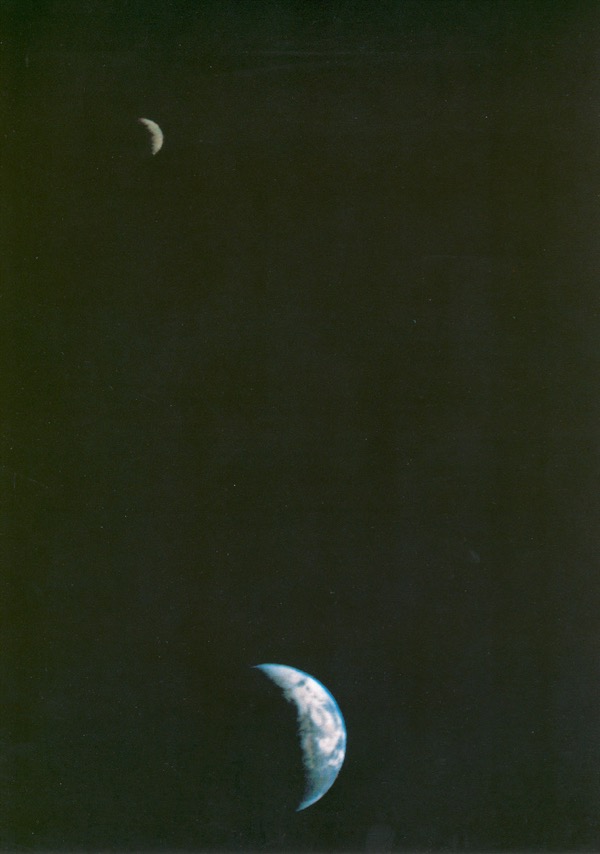 September 18, 1977. Previous images had shown a part of the Earth, and a part of the moon, together. But – until this image by Voyager 1, taken on today’s date 41 years ago – we’d never seen the Earth and moon as whole worlds in space, in the same frame and in color. Can you imagine how the image affected people, at the time? I can, because I remember it. It was a stunning revelation.

Voyager 1 left Earth on September 5, 1977. It lifted off from Cape Canaveral, Florida, aboard a Titan-Centaur rocket.

It was 7.25 million miles (11.66 million km) from Earth – directly above Mount Everest, on the night side of the planet – when it captured this image.

The Voyagers 1 and 2 were sent into the outer solar system to take advantage of a propitious arrangement of outer planets. It was to be a Grand Tour of our solar system’s gas giants. Voyager 1 made successful reconnaissance flybys of the planet Jupiter and Saturn, and Saturn’s moon Titan, in 1979 and 1980. Voyager 2 also performed flybys of Jupiter and Saturn in 1979 and 1981, along with the very first, and so far only, visits of the planets Uranus and Neptune in 1986 and 1989.

Afterwards, both Voyagers kept moving outward, heading out of the solar system. 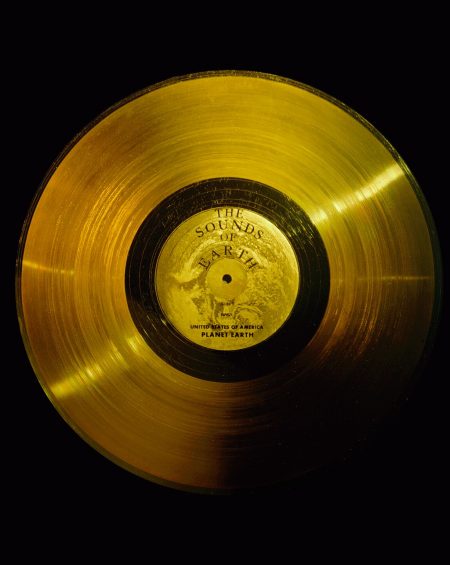 Flying aboard Voyagers 1 and 2 are identical gold-plated records, containing greetings in 60 languages, samples of music from different cultures and eras, and natural and man-made sounds from Earth, plus electronic information that an advanced technological civilization might be able to convert into diagrams and photographs. Click to find out what’s on the Voyager Golden Record.

On February 17, 1998, Voyager 1 reached a distance of 69 AU from the sun. At that point, it overtook Pioneer 10 as the most distant spacecraft from Earth.

On August 25, 2012, Voyager 1 became the first spacecraft to cross the heliopause, the boundary at which our sun’s influence ends, and thus to enter the space between the stars.

As of September 18, 2018, Voyager 1 has operated for 41 years and 13 days. The spacecraft still communicates with the Deep Space Network to receive routine commands and return data.

Voyager 1’s extended mission is expected to continue until around 2025 when its radioisotope thermoelectric generators will no longer supply enough electric power to operate its scientific instruments.

It will then be moving silently through space, with its audio-visual Golden Record on board, whose sounds and images were selected to portray the diversity of life and culture on Earth. It’s streaking toward a distant encounter with a star called Gliese 445, which lies 17.6 light-years from Earth, due to sweep closest to it in about 40,000 years. 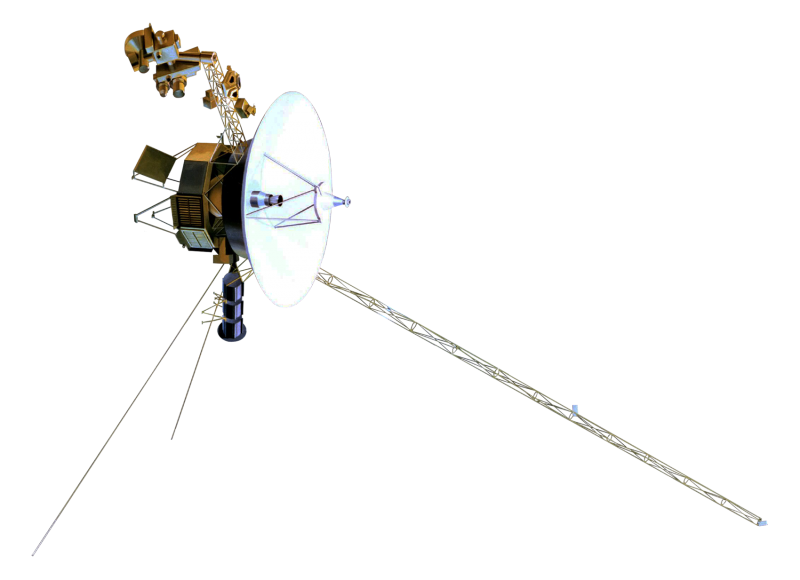 Artist’s concept, from NASA, of the design employed by the twin robot spacecraft Voyager 1 and Voyager 2, in mission configuration. Illustration via Wikimedia Commons.

Bottom line: On September 18, 1977, as it headed toward the outer solar system, Voyager 1 looked back and acquired the first-ever complete image of our Earth and moon in a single frame.