… and it’s poised to find thousands more. But will we find another Earth?

Timeline of discoveries of exoplanetary systems within 50 light-years of the sun. Via Project EDEN/Daniel Apai and Benjamin Rackham.

By Daniel Apai, University of Arizona and Benjamin Rackham, Massachusetts Institute of Technology

Within just 50 light-years from Earth, there are about 1,560 stars, likely orbited by several thousand planets. About a thousand of these extrasolar planets – known as exoplanets – may be rocky and have a composition similar to Earth’s. Some may even harbor life. Over 99% of these alien worlds remain undiscovered – but this is about to change.

With NASA’s new exoplanet-hunter space telescope TESS, the all-sky search is on for possibly habitable planets close to our solar system. TESS – orbiting Earth every 13.7 days – and ground-based telescopes are poised to find hundreds of planets over the next few years. This could transform astronomers’ understanding of alien worlds around us and provide targets to scan with next-generation telescopes for signatures of life. In just over a year, TESS has identified more than 1,200 planetary candidates, 29 of which astronomers have already confirmed as planets. Given TESS’s unique ability to simultaneously search tens of thousands of stars for planets, the mission is expected to yield over 10,000 new worlds. 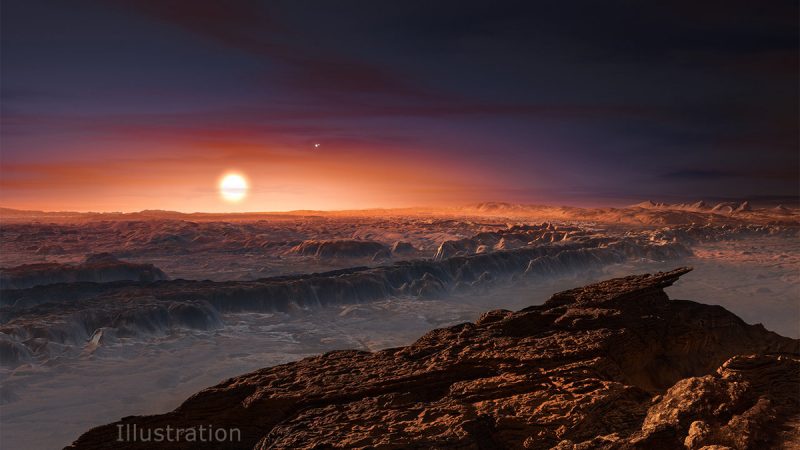 This artist’s impression shows a view of the planet Proxima b orbiting the red dwarf star Proxima Centauri, the closest star to the solar system. Image via NASA/ESO/M. Kornmesser.

These are exciting times for astronomers and, especially, for those of us exploring exoplanets. We are members of the planet-hunting Project EDEN, which also supports TESS’s work. We use telescopes on the ground and in space to find exoplanets to understand their properties and potential for harboring life.

Undiscovered worlds all around us

Worlds around us await discovery. Take, for example, Proxima Centauri, an unassuming, faint red star, invisible without a telescope. It is one of over a hundred billion or so such stars within our galaxy, unremarkable except for its status as our next-door neighbor. Orbiting Proxima is a fascinating but mysterious world, called Proxima b, discovered only in 2016.

Scientists know surprisingly little about Proxima b. Astronomers name the first planet discovered in a system “b.” This planet has never been seen with human eyes or by a telescope. But we know it exists due to its gravitational pull on its host star, which makes the star wobble ever so slightly. This slight wobble was found in measurements collected by a large, international group of astronomers from data taken with multiple ground-based telescopes. Proxima b very likely has a rocky composition similar to Earth’s, but higher mass. It receives about the same amount of heat as Earth receives from the sun.

And that is what makes this planet so exciting: It lies in the “habitable” zone and just might have properties similar to Earth’s, like a surface, liquid water, and – who knows? – maybe even an atmosphere bearing the telltale chemical signs of life.

NASA’s TESS mission launched in April 2018 to hunt for other broadly Earth-sized planets, but with a different method. TESS is looking for rare dimming events that happen when planets pass in front of their host stars, blocking some starlight. These transit events indicate not only the presence of the planets, but also their sizes and orbits.

Finding a new transiting exoplanet is a big deal for astronomers like us because, unlike those found through stellar wobbles, worlds seen transiting can be studied further to determine their densities and atmospheric compositions.

By measuring the depth of the dip in brightness and knowing the size of the star, scientists can determine the size or radius of the planet. Image via NASA Ames.

For us, the most exciting exoplanets are the smallest ones, which TESS can detect when they orbit small stars called red dwarfs – stars with masses less than half the mass of our sun.

Each of these systems is unique. For example, LP 791-18 is a red dwarf star 86 light-years from Earth around which TESS found two worlds. The first is a “super-Earth,” a planet larger than Earth but probably still mostly rocky, and the second is a “mini-Neptune,” a planet smaller than Neptune but gas- and ice-rich. Neither of these planets have counterparts in our solar system.

Among astronomers’ current favorites of the new broadly Earth-sized planets is LHS 3884b, a scorching “hot Earth” that orbits its sun so quickly that on it you could celebrate your birthday every 11 hours. 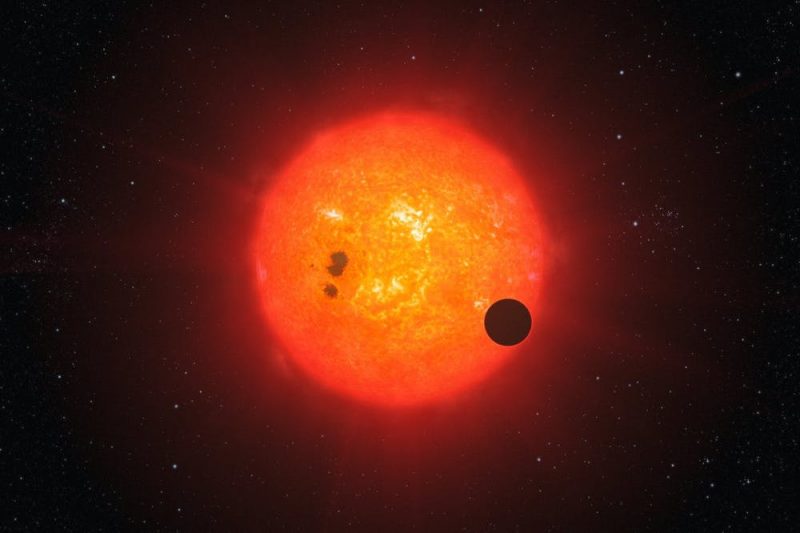 No Earth-like worlds yet

But how Earth-like are Earth-sized planets? The promise of finding nearby worlds for detailed studies is already paying off. A team of astronomers observed the hot super-Earth LHS 3884b with the Hubble Space Telescope and found the planet to be a horrible vacation spot, without even an atmosphere. It is just a bare rock with temperatures ranging from over 700 C (1300 Fahrenheit) at noon to near absolute zero (-460 Fahrenheit) at midnight.

The TESS mission was initially funded for two years. But the spacecraft is in excellent shape and NASA recently extended the mission through 2022, doubling the time TESS will have to scan nearby, bright stars for transits.

However, finding exoplanets around the coolest stars – those with temperatures less than about 2,700 C (4,900 F) – will still be a challenge due to their extreme faintness. Since ultracool dwarfs provide our best opportunity to find and study exoplanets with sizes and temperatures similar to Earth’s, other focused planet searches are picking up where TESS leaves off. 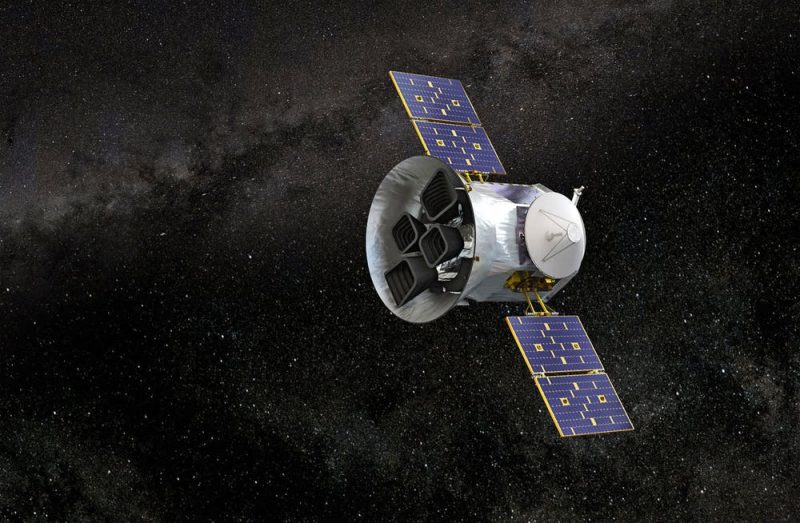 In May 2016, a Belgian-led group announced the discovery of a planetary system around the ultracool dwarf they christened TRAPPIST-1. The discovery of the seven transiting Earth-sized exoplanets in the TRAPPIST-1 system was groundbreaking.

It also demonstrated how small telescopes – relative to the powerful behemoths of our age – can still make transformational discoveries. With patience and persistence, the TRAPPIST telescope scanned nearby faint, red dwarf stars from its high-mountain perch in the Atacama desert for small, telltale dips in their brightnesses. Eventually, it spotted transits in the data for the red dwarf TRAPPIST-1, which – although just 41 light-years away – is too faint for TESS’s four 10-cm (4-inch) diameter lenses. Its Earth-sized worlds would have remained undiscovered had the TRAPPIST team’s larger telescope not found them.

Two projects have upped up the game in the search for exo-Earth candidates around nearby red dwarfs. The SPECULOOS team installed four robotic telescopes – also in the Atacama desert – and one in the Northern Hemisphere. Our Exoearth Discovery and Exploration Network – Project EDEN – uses nine telescopes in Arizona, Italy, Spain and Taiwan to observe red dwarf stars continuously.

The SPECULOOS and EDEN telescopes are much larger than TESS’s small lenses and can find planets around stars too faint for TESS to study, including some of the transiting Earth-sized planets closest to us. 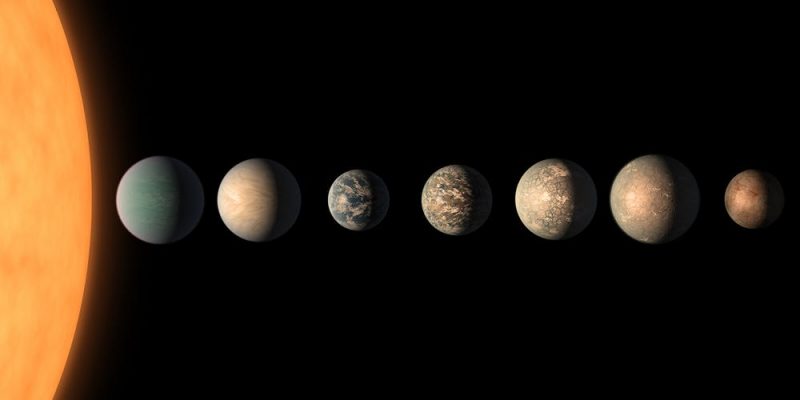 Artist’s concept of the TRAPPIST-1 planetary system, based on available data about the planets’ diameters, masses and distances from the host star. Image via NASA/JPL-Caltech.

The decade of new worlds

The next decade is likely to be remembered as the time when we opened our eyes to the incredible diversity of other worlds. TESS is likely to find between 10,000 and 15,000 exoplanet candidates by 2025. By 2030, the European Space Agency’s GAIA and PLATO missions are expected to find another 20,000-35,000 planets. GAIA will look for stellar wobbles introduced by planets, while PLATO will search for planetary transits as TESS does.

However, even among the thousands of planets that will soon be found, the exoplanets closest to our solar system will remain special. Many of these worlds can be studied in great detail – including the search for signs of life. Discoveries of the nearest worlds also represent major steps in humanity’s progress in exploring the universe we live in. After mapping our own planet and then the solar system, we now turn to nearby planetary systems. Perhaps one day Proxima b or another nearby world astronomers have yet to find will be the target for interstellar probes, like Project Starshot, or even crewed starships. But first we’ve got to put these worlds on the map.