A supermassive black hole on the move

Astronomers have discovered a restless supermassive black hole that’s moving within its galaxy. 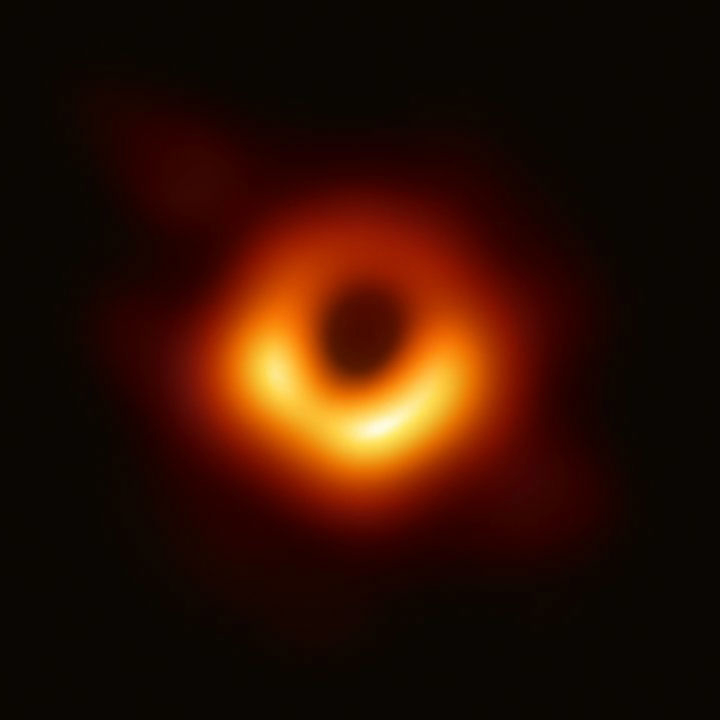 This is the first direct image of a black hole, released by scientists in April 2019. The image shows a bright ring formed as light bends in the intense gravity around this black hole, which is 6.5 billion times more massive than our sun. This black hole is located in the center of the galaxy M87, only 55 million light-years from Earth. Galaxy J0437+2456 – which contains the newly discovered wandering black hole – is located 4 times farther, at a distance of 230 million light-years from us. Image via Event Horizon Telescope Collaboration.

Everything in space is moving. But astronomers have wondered if it were possible for supermassive black holes – the light-devouring masses at the centers of galaxies – to move relative to their host galaxies. Until now, the answer was probably. Such movement would be tough for objects as massive as supermassive black holes, which can outweigh our sun by millions of times. Now a new study, published on March 12, 2021, points to the most convincing case yet of a supermassive black hole on the move. The black hole has a mass of three million suns. It appears to be moving at a velocity of 110,000 miles per hour (177,000 km/hr) inside its host galaxy, J0437+2456.

What’s causing the motion is not yet known.

These results were published in the peer-reviewed Astrophysical Journal. Lead astronomer Dominic Pesce at the Harvard Smithsonian Center for Astrophysics told the Harvard Gazette:

We don’t expect the majority of supermassive black holes to be moving; they’re usually content to just sit around. They’re just so heavy that it’s tough to get them going. Consider how much more difficult it is to kick a bowling ball into motion than it is to kick a soccer ball, realizing that in this case, the ‘bowling ball’ is several million times the mass of our sun. That’s going to require a pretty mighty kick.

For five years, Pesce and his colleagues have been looking at and comparing the motions of 10 galaxies and of the supermassive holes residing within them. Pesce explained:

They found that, of the 10 galaxies, nine have central black holes that are indeed resting within their respective galaxies. But one is not! 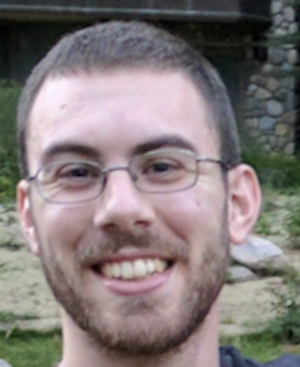 Dominic Pesce is the lead author of the study that found a supermassive black hole to be moving within its host galaxy. Image via Harvard.

What could have disturbed the supermassive black hole inside galaxy J0437+2456, enough to set it into motion? In other words, why is the central black hole of this distant galaxy – located 230 million light-years from us – moving within its galaxy? Team member Jim Condon is a radio astronomer at the National Radio Astronomy Observatory. He explained one possibility:

We may be observing the aftermath of two supermassive black holes merging. The result of such a merger can cause the newborn black hole to recoil, and we may be watching it in the act of recoiling or as it settles down again.

But that’s not the only possibility. It could also be that these scientists have found a sought-after but rarely-observed situation of a binary supermassive black hole system, that is, not one black hole, but two! Pesce commented on this second idea:

Despite every expectation that they really ought to be out there in some abundance, scientists have had a hard time identifying clear examples of binary supermassive black holes. What we could be seeing in the galaxy J0437+2456 is one of the black holes in such a pair, with the other remaining hidden to our radio observations because of its lack of maser emission.

These astronomers called for more observations, to figure out what is going on. 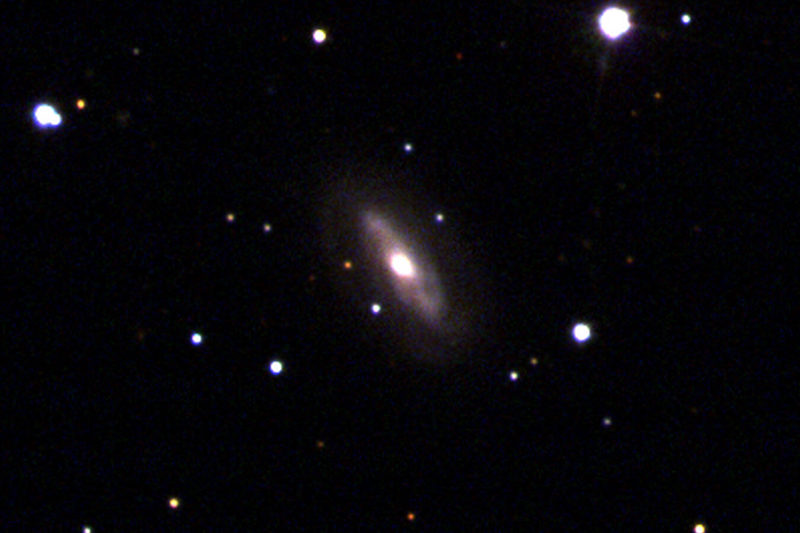 Galaxy J0437+2456 has a supermassive black hole in its center that is moving at a speed of about 110,000 miles per hour (177,000 km/hr) relative to the galaxy itself. Image via Sloan Digital Sky Survey/ Harvard Gazette.

How did the team draw their conclusions? They first studied the galaxies’ motions with a network of radio telescopes called the VLBI (this is an abbreviation of Very Long Baseline Interferometry), as well as the VLA in New Mexico (short for the Karl G. Jansky Very Large Array). By connecting many telescopes that are far apart, you are able to observe to a much greater detail (greater resolution, as astronomers say) than by using single telescopes.

That level of detail is necessary for these observations.

By definition, supermassive black holes aren’t visible (hence their name). So, to make these observations, astronomers have to look not at the holes themselves, but at what’s going on around the holes. Luckily, due to their enormous gravity, supermassive black holes are surrounded by vast accretion disks, in which material violently swirls around a black hole (in a way reminiscent of water swirling around a bathtub drain). While it’s swirling, the material sends out emission that astronomers can pick up with earthly radio telescopes. So the team tuned the telescopes to a specific signal: the signal that would be expected from water molecules rotating in the accretion disk, forming what are called water masers.

Read more about masers, and how they compare to their close cousins, lasers, here.

Through these observations they found that, out of the 10 galaxies studied, nine did appear to have black holes that were resting within their respective galaxies. The one that did not – galaxy J0437+2456 – was the outlier. The team then made follow-up observations with two other telescopes to confirm this result. They used the large Arecibo telescope in Puerto Rico to measure the main motion of this galaxy, and the Gemini North telescope on Hawai’i to measure the movement of the black hole. They did confirm that galaxy J0437+2456 (the name is based on its coordinates on the sky) appears to have a supermassive black hole that is indeed on the move. 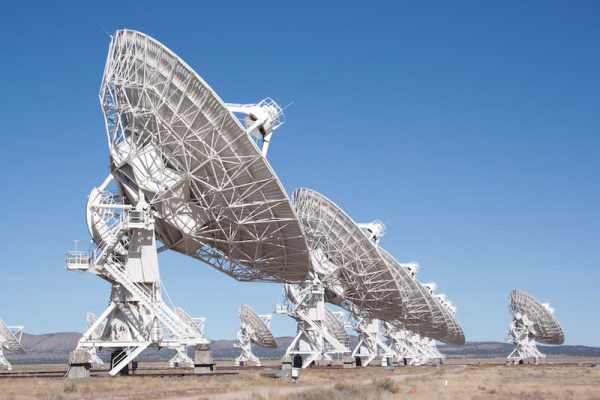 The Karl G. Jansky Very Large Array, usually called the VLA, was one of the observatories the team used to find the one galaxy in a sample of 10 that harbours a wandering supermassive black hole. Image via Theresa Wiegert.

Bottom line: Astronomers have measured a supermassive black hole to be moving within its host galaxy.

Source: A Restless Supermassive Black Hole in the Galaxy J0437+2456