The Cassini mission to Saturn – which has brought us so many breathtaking images – took a last close look at Saturn’s moon Hyperion on Sunday. 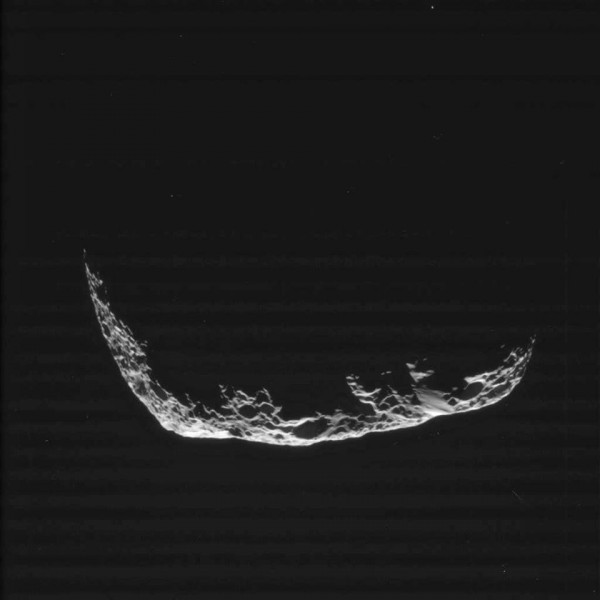 A crescent view of Saturn’s moon Hyperion, captured on Cassini’s final close sweep past this moon on Sunday, May 31. Cassini’s closest distance on Sunday was 21,000 miles (34,000 kilometers) from Hyperion. In this image, you’re seeing primarily the night side of the moon. Image via ASA / JPL / ESA Cassini.

NASA’s Cassini spacecraft made its final close approach to Saturn’s large, odd, tumbling, irregularly shaped moon Hyperion on May 31, 2015. The first three images on this page are from Sunday’s close pass.

The Saturn-orbiting spacecraft passed Hyperion at a distance of about at approximately 9:36 a.m. EDT (1336 UTC) on Sunday. Mission controllers expected images from the encounter to arrive on Earth 24 to 48 hours later, and so they have.

As they analyze and process these images, scientists have hopes of seeing different terrain on Hyperion than the mission has previously explored in detail during the encounter, but this is not guaranteed.

As you can see, Hyperion is very heavily cratered, with little, if any in the way of more recent geological activity present. It is likely to be a huge frozen ball of ice with a little rock. Many of its craters are deep fluted, and that is because Hyperion’s density is so low. The density is only 0.55 g/cm3, or about half the density of water. As a result, incoming objects – colliding asteroids or comets – can penetrate Hyperion’s surface very deeply, compressing the ice. Also the darker carbon-rich material sometimes found on these bodies can warm up slightly and can ‘burn’ into Hyperion’s surface. 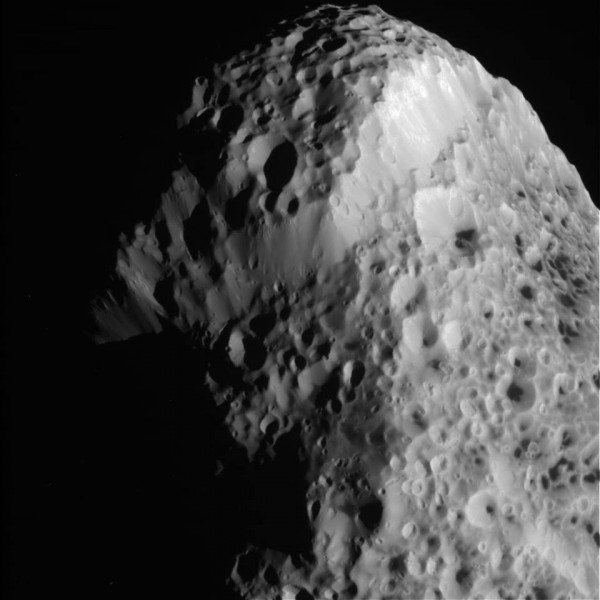 May 31, 2015 image of Hyperion. This moon rotates chaotically, essentially tumbling unpredictably through space as it orbits Saturn. Because of this, it’s challenging for Cassini’s controllers to target a specific region of the moon’s surface. Image via ASA / JPL / ESA Cassini. 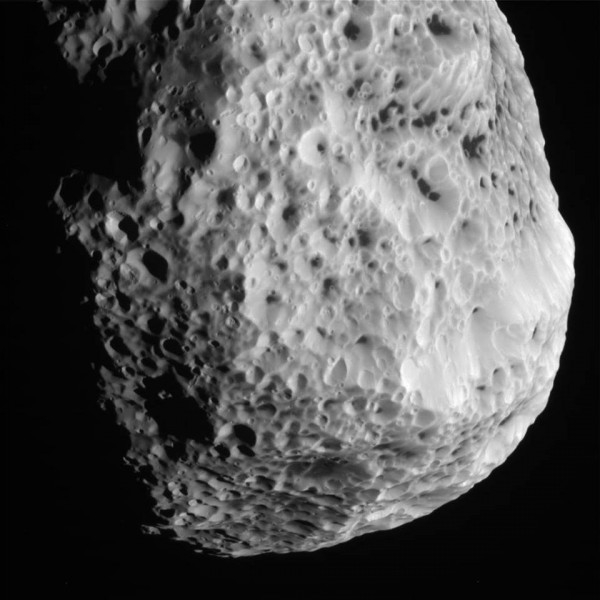 May 31, 2015 image of Hyperion. Cassini scientists attribute Hyperion’s unusual, sponge-like appearance to the fact that it has an unusually low density for such a large object – about half that of water. Its low density makes Hyperion quite porous, with weak surface gravity. As a result, any impacting bodies tend to compress Hyperion’s surface, rather than excavate it, and most material that is blown off the surface never returns. Image via ASA / JPL / ESA Cassini.

Cassini’s next notable flyby after May 31 is slated for June 16, when the spacecraft will pass 321 miles (516 kilometers) above icy Dione. That flyby will represent the mission’s penultimate close approach to that moon. In October, Cassini will make two close flybys of the active moon Enceladus, with its jets of icy spray, coming as close as 30 miles (48 kilometers) in the final pass. In late 2015, the spacecraft will again depart Saturn’s equatorial plane — where moon flybys occur most frequently — to begin a year-long setup of the mission’s daring final year. 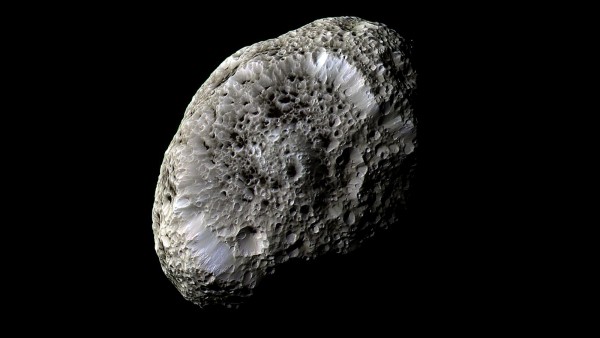 Here is a highly processed, false-color view of Hyperion, captured by Cassini during its closest ever flyby on September 26, 2005. We can expect images like this one to come from the May, 2015 close pass as well … eventualy. Image via NASA/JPL-Caltech/SSI 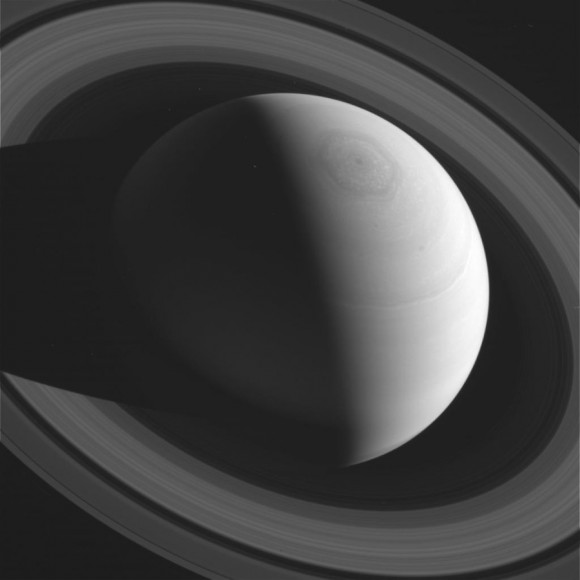 Saturn as captured by the Cassini spacecraft in early February 2014. Cassini has been in orbit around Saturn since 2004. Many awesome images!