The March 15 CME will reach Earth in one to two days. High latitude and even middle latitude auroras possible this weekend. 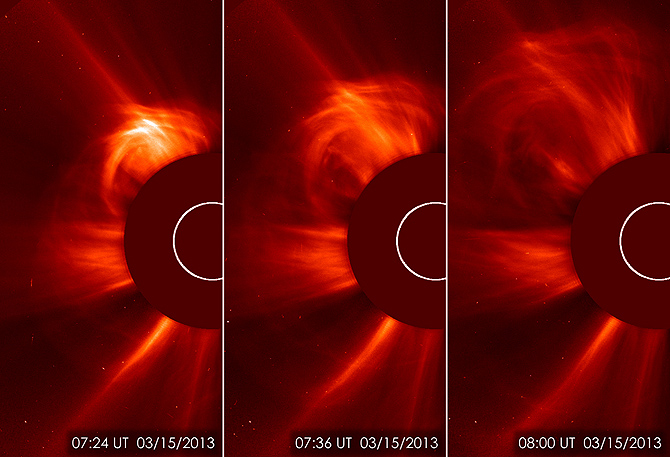 At 2:54 a.m. EDT (6:54 UTC) on March 15, the sun erupted with an Earth-directed coronal mass ejection (CME). The CME left the sun at speeds of around 900 miles per second (1,450 km), which is a fairly fast speed for CMEs. Its effects are expected to reach Earth in one to three days, creating a geomagnetic storm and the potential for beautiful auroras. It’s possible the auroras will be visible at lower latitudes than usual (they are typically confined to high latitudes). Spaceweather.com said on the evening of March 15:

Three-dimensional computer models based on observations from SOHO and NASA’s twin STEREO probes predict the CME will cross the void between sun and Earth in two days or less. NOAA forecasters estimate a 70% chance of polar geomagnetic storms when the cloud arrives on March 17th. … High latitude (and possibly even middle latitude) sky watchers should be alert for auroras this weekend.

Incoming CMEs also have the potential to affect electronic systems in satellites and on the ground, but, historically, CMEs at this speed have caused mild to moderate effects at Earth. 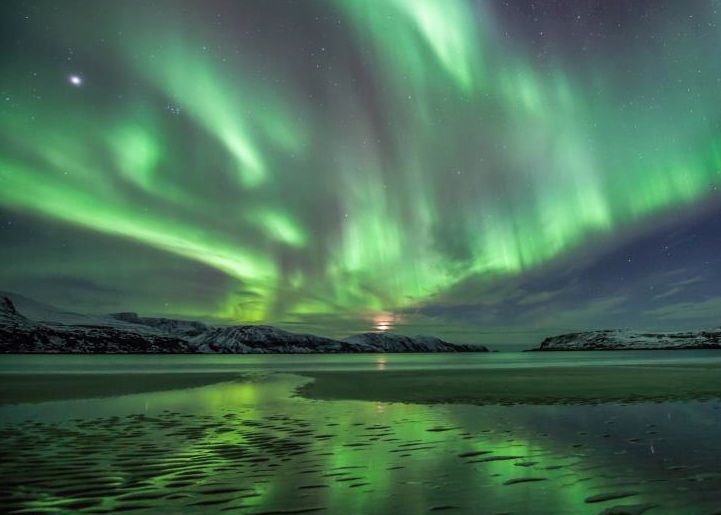 Aurora and rising moon on February 14 via Stigs Netrom. When the sun ejects a CME, assuming the solar particles are directly toward Earth, a geomagnetic storm can result, creating auroras.

Bottom line: The sun ejected a coronal mass ejection, or CME, on March 15. It is moving at a fairly high rate of speed and should arrive at Earth from within one to two days, creating a storm in Earth’s magnetic field and thus bringing auroras or northern lights. Stay alert for them this weekend!