TESS planet hunter on its way

“It’s the beginning of a new era of exoplanet research.” 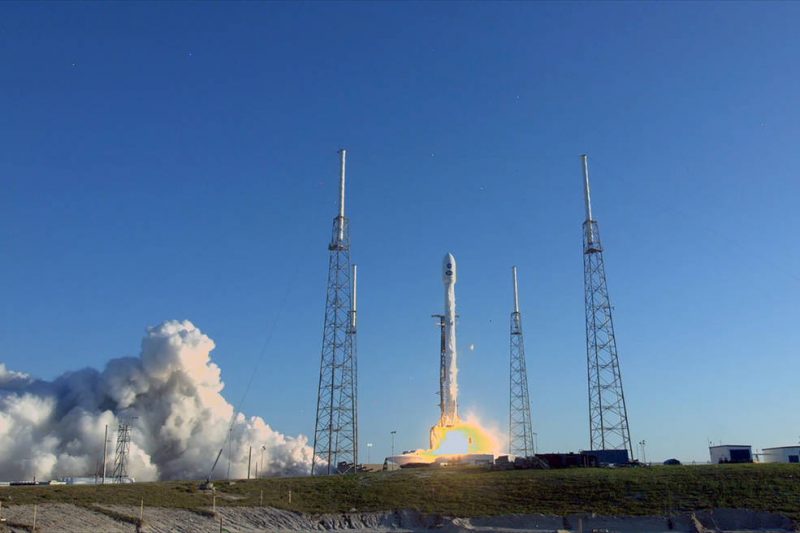 The TESS planet hunter successfully launched on a SpaceX Falcon 9 Wednesday evening. TESS will search for new worlds outside our solar system for further study. Image via NASA.

A SpaceX Falcon 9 rocket successfully launched NASA’s TESS mission on Wednesday, April 18, 2018, from Space Launch Complex 40 (SLC-40) at Cape Canaveral Air Force Station, Florida. After a delayed launch on Monday, Wednesday’s launch took place at 6:51 p.m. EDT (22:51 UTC; translate UTC to your time). TESS – a first-of-its-kind mission to find worlds beyond our solar system, including some that could support life – was deployed into a highly elliptical orbit approximately 49 minutes after launch. At 7:53 p.m., the twin solar arrays that will power the spacecraft successfully deployed.

Following stage separation, SpaceX successfully landed Falcon 9’s first stage on the droneship Of Course I Still Love You in the Atlantic Ocean.

You can watch a replay of the launch webcast below.

TESS stands for Transiting Exoplanet Survey Satellite. The two-year survey mission is expected to find thousands of new exoplanets – planets orbiting stars other than our sun – orbiting in our neighborhood of the Milky Way galaxy.

How many worlds exist outside our solar system? @NASA_TESS launched from planet Earth today at 6:51pm ET to hunt for planets around some of the closest & brightest stars. TESS will use 4 cameras to search nearly the entire sky for unknown worlds. More: https://t.co/5hUW3XhaTo pic.twitter.com/xuH5q0wqN9

Over the course of several weeks, TESS will use six thruster burns to travel in a series of progressively elongated orbits to reach the moon, which will provide a gravitational assist so that TESS can transfer into its 13.7-day final science orbit around Earth. After approximately 60 days of check-out and instrument testing, the spacecraft will begin its work …

[For this mission] scientists divided the sky into 26 sectors. TESS will use four unique wide-field cameras to map 13 sectors encompassing the southern sky during its first year of observations and 13 sectors of the northern sky during the second year, altogether covering 85 percent of the sky.

TESS will be watching for phenomena called transits. A transit occurs when a planet passes in front of its star from the observer’s perspective, causing a periodic and regular dip in the star’s brightness. More than 78 percent of the approximately 3,700 confirmed exoplanets have been found using transits.

NASA’s Kepler spacecraft found more than 2,600 exoplanets, most orbiting faint stars between 300 and 3,000 light-years from Earth, using this same method of watching for transits. TESS will focus on stars between 30 and 300 light-years away and 30 to 100 times brighter than Kepler’s targets.

The brightness of these target stars will allow researchers to use spectroscopy, the study of the absorption and emission of light, to determine a planet’s mass, density and atmospheric composition. Water, and other key molecules, in its atmosphere can give us hints about a planet’s capacity to harbor life. 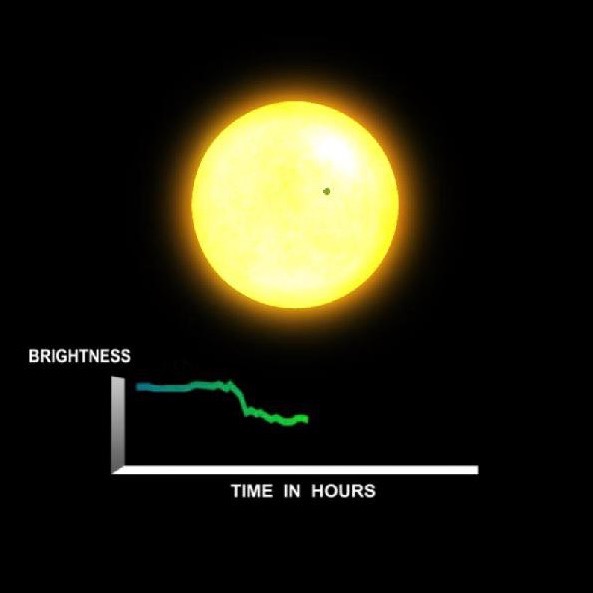 A transit happens when a planet crosses in front of its star as viewed from Earth. Transits by small, rocky planets produce a minute change in a star’s brightness (about 100 parts per million), lasting for 2 to 16 hours. If this tiny change happens again and again, on a regular schedule, it might indicate an orbiting exoplanet. Read more via NASA.

George Ricker is TESS principal investigator at the Massachusetts Institute of Technology’s (MIT) Kavli Institute for Astrophysics and Space Research in Cambridge, Massachusetts. He explained:

One critical piece for the science return of TESS is the high data rate associated with its orbit. Each time the spacecraft passes close to Earth, it will transmit full-frame images taken with the cameras. That’s one of the unique things TESS brings that was not possible before.

The targets TESS finds are going to be fantastic subjects for research for decades to come. It’s the beginning of a new era of exoplanet research.

Haven’t got enough yet? SpaceX livestreamed the launch, and you can watch a replay of this launch webcast below …