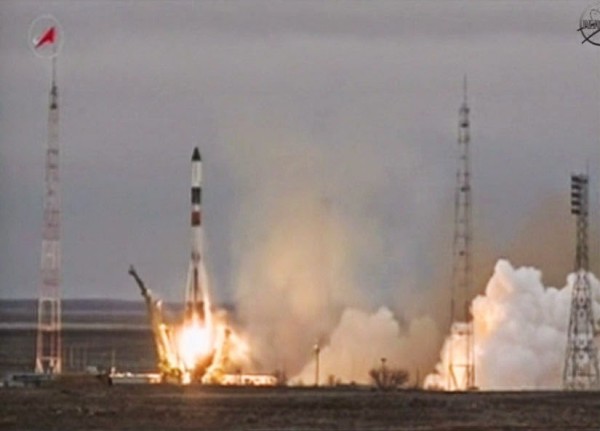 A Russian Progress 58 supply ship – packed with over three tons of cargo and fuel for the International Space Station – launched today (February 17, 2015) from the Baikonur Cosmodrome in Kazakhstan. The launch happened on schedule at 6 a.m. EST (5 p.m. Baikonur local time, 1100 UTC). Less than 10 minutes later, the capsule reached its preliminary orbit and deployed its solar arrays and navigational antennas as planned.

The ship will make its four-orbit, six-hour trip to the space station and dock at about 11:58 a.m. EST.

At the time of launch, the space station was traveling over southern Russia near the Mongolian border.

The new Progress is carrying more than three tons of food, fuel and supplies to ISS, including 1,940 pounds of propellant, 110 pounds of oxygen, 926 pounds of water and 3,333 pounds of spare parts and experiment hardware.