No one has sent us a photo of planets above pyramids yet, but we hope someone will! Meanwhile, enjoy our friends’ photos of the December 3 planets, which were seen from around the world. 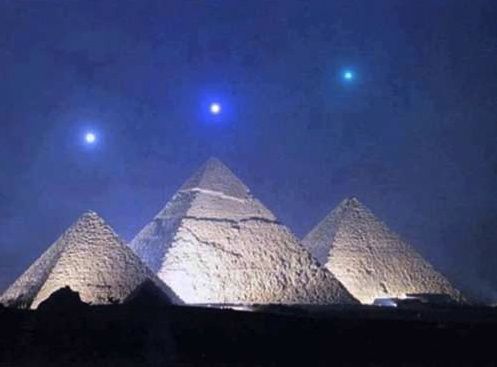 Cool image, but not reality. The planets did appear above the Great Pyramid of Giza, and two other pyramids, on December 3, 2012. But they didn’t look like this. What’s more, the same three planets were visible throughout the world. Check out the photos below, or visit Recent Posts by Others at EarthSky Facebook for more photos.

The December 3, 2012 line-up of planets in the east before dawn has come and gone for most of us, but never fear … if you look on December 4, the view will be nearly as good. This wonderful coming together of Mercury, Venus and Saturn happens every few years. This year, a beautiful – but photoshopped – image of these three planets above three Egyptian pyramids caused a huge stir in cyberspace. Could you see these above the Great Pyramid of Giza and two other pyramids? Sure! And, in fact, you could also see them above any other landmark you chose this morning, anywhere in the world, including your favorite tree or fence or mountain in your own backyard. The planets were beautiful today. They are always beautiful! And these three worlds, in particular, will be visible in the predawn sky, near each other, throughout most of December. There are some particularly scenic views of the planets coming up on December 10 and December 11, when the waning crescent moon sweeps past. The photos below – all from December 3 – are from our talented friends on Facebook. To see many more photos of these three planets before dawn, go to Recent Posts by Others at EarthSky Facebook.

All solar system planets visible in night sky in December 2012 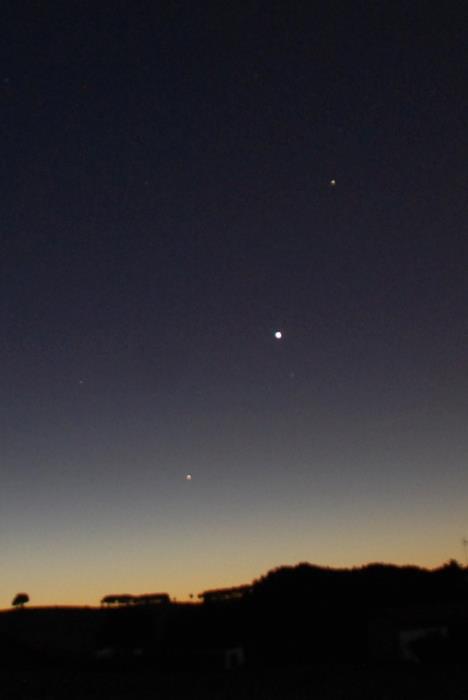 Here’s the real thing. Venus (brightest), Mercury (below left) and Saturn (above right) as seen on December 3, 2012 by EarthSky Facebook friend Annie Lewis in Madrid, Spain. Thanks Annie! 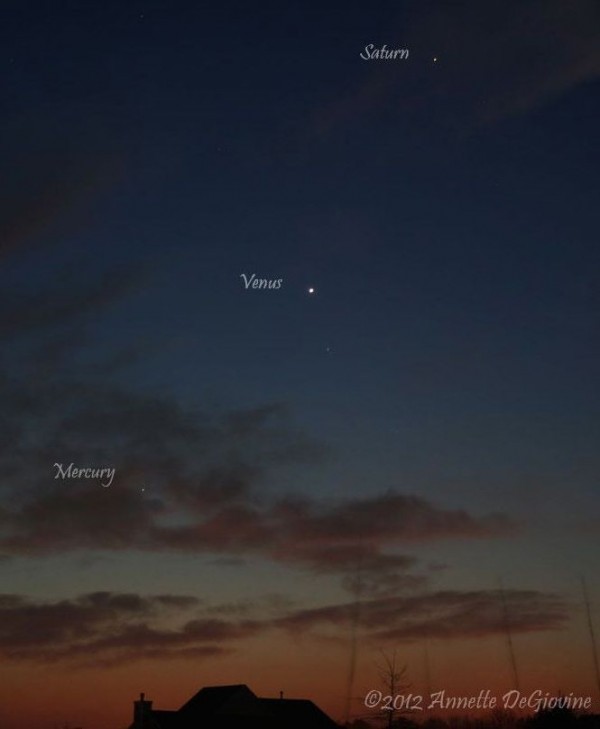 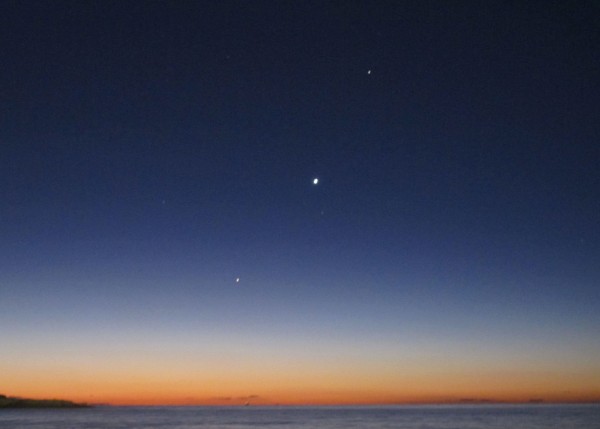 The planets before dawn on December 3 via Roma Massot in Tarragona, a city located in the south of Catalonia in northeast Spain, by the Mediterranean. Thank you Roma! 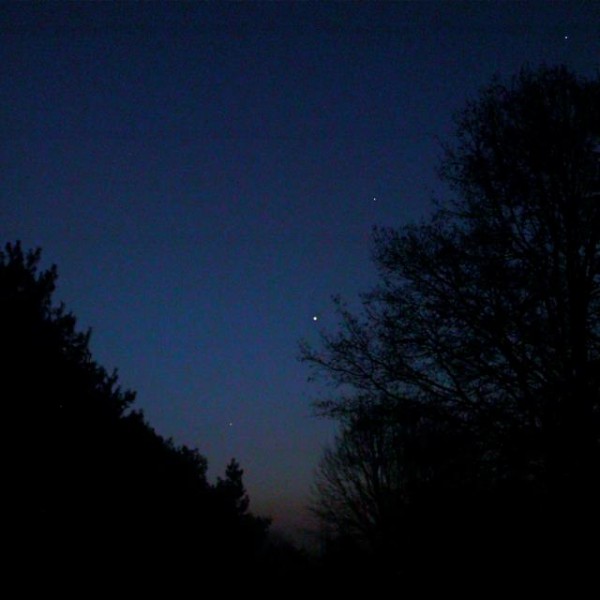 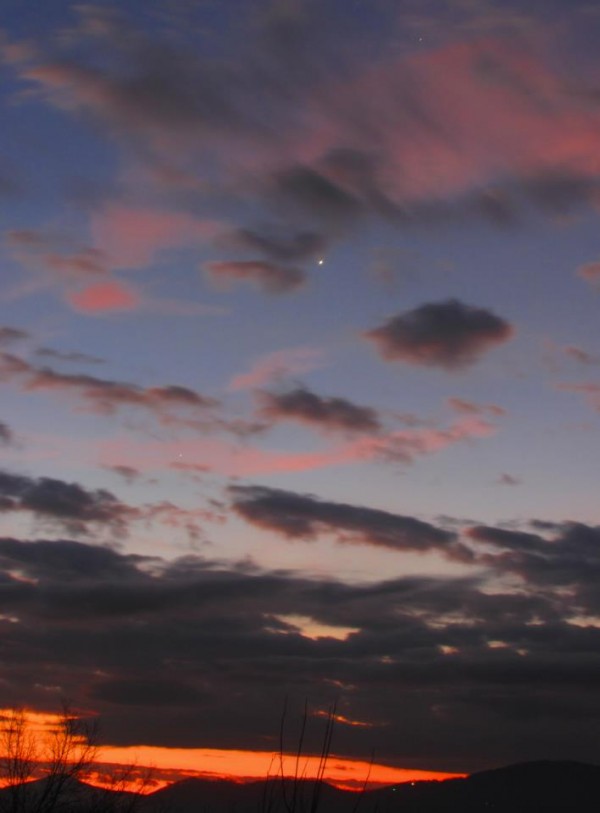 Our friend Gary P. Caton in Asheville, North Carolina was nearly clouded out. But he managed to capture this wonderful shot of Mercury, Venus and Saturn this morning (December 3, 2012).

Bottom line: Thank you to all our friends on Facebook who sent in wonderful photos of this morning’s view of Venus, Mercury and Saturn before dawn. We’re still waiting for that pyramid photo if anyone has one! Awesome view of these planets, and by the way if you missed them today, try again on December 4! These worlds will be visible together before dawn throughout December 2012.