How did life originate on Earth and, possibly, other worlds in space? A new NASA consortium has the goal of probing one of nature’s most perplexing mysteries. 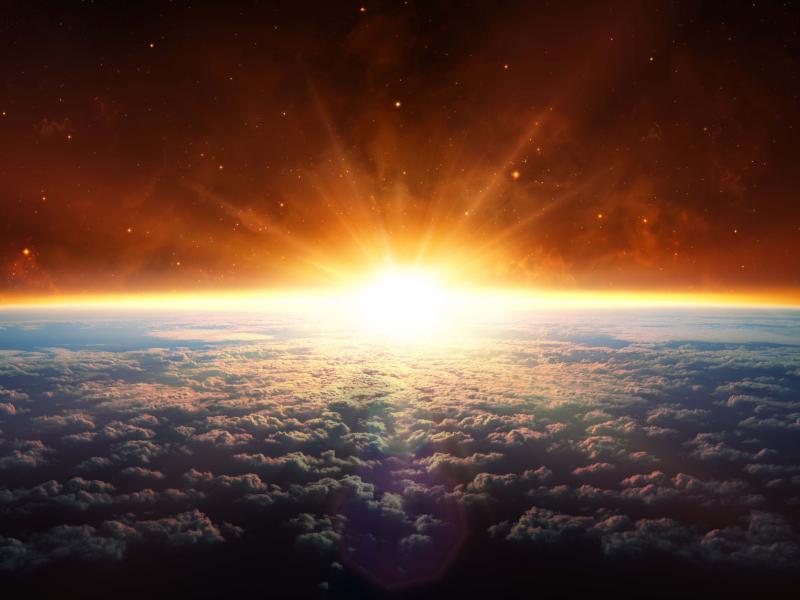 How did life begin on Earth? That is one of the oldest and most profound questions that humans have ever tried to answer. Over the past several hundred years, the scientific answers have come a long way. Scientists want to understand what processes create life – both here and, possibly, on other planets – but there are many unsolved puzzles. To help solve the enigma, NASA this month launched a new research consortium – uniting researchers across multiple scientific disciplines – called Prebiotic Chemistry and Early Earth Environments or PCE3.

[It] has the potential to transform how we research the origins of life. The consortium will advance understanding of how life begins, by cross-fertilizing the community, enabling new collaborations, and fundamentally changing the dialogue across diverse intellectual expertise.

The ultimate goal of PCE3 is to identify what kinds of planetary conditions will allow life to begin. Its results will also be used to guide future NASA missions that search for habitable exoplanets. 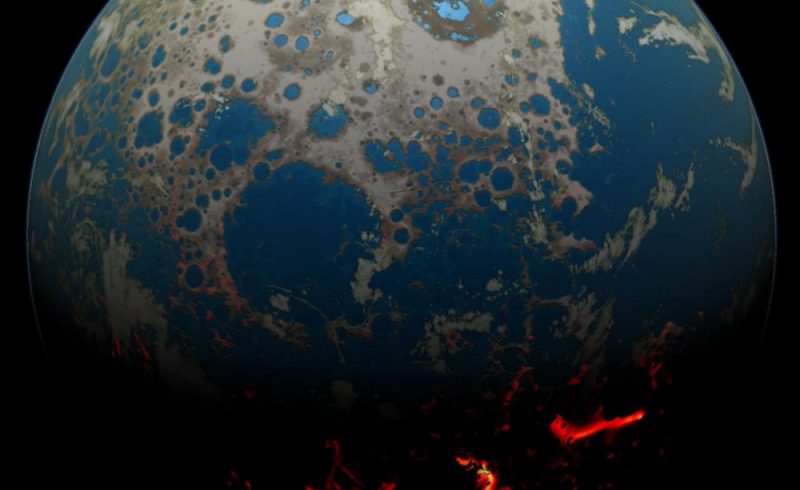 Scientists still don’t know for sure how life first developed on the early Earth. Image via University of St. Andrews.

PCE3 will use a virtual interactive portal to make data available to the wider scientific community. This data pertains to early environments on Earth and how those conditions allowed the chemistry needed for life to get kick-started. As explained by Karyn Rogers of RPI, one of four PCE3 co-leaders:

With this approach, we will incorporate realistic planetary conditions into prebiotic chemistry experiments, leading to models for the emergence of life that are consistent with what we know of our planet’s early history.

Planet Earth and the chemistry of life share the same road. Because of that co-evolution, we can use our understanding of the fundamental planetary processes that set the Earth system in motion to sketch the physical, chemical, and environmental map to life.

Rogers explains more about this approach in the video below:

How did the early chemical reactions involving organic molecules lead to life itself? PCE3 will try to answer that question, said Ram Krishnamurthy of Scripps Research:

Among the group’s initial tasks will be to investigate how small molecules are synthesized on, or delivered to, the early Earth and how these might survive and subsequently form more complex compounds in early Earth environments that could have harbored life’s emergence. 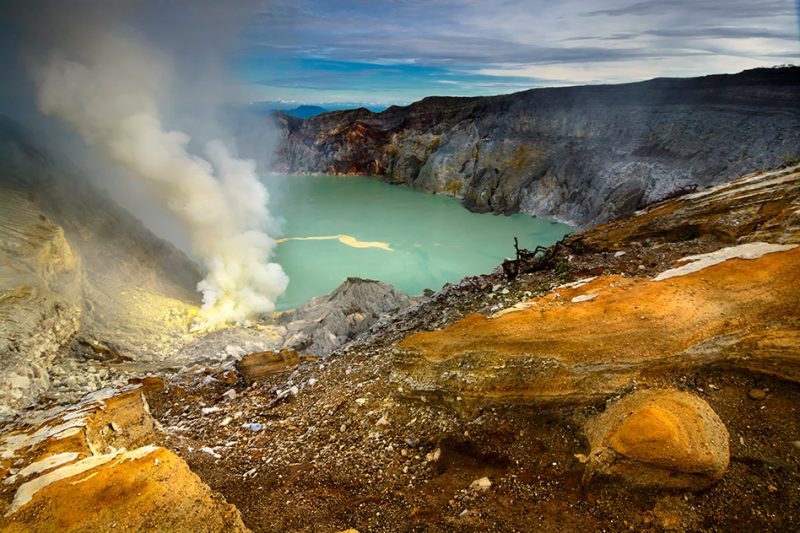 An MIT and Harvard-Smithsonian Center for Astrophysics study last year found that molecules called sulfidic anions were plentiful at the time that life is thought to have first appeared on Earth. Image via MIT.

Loren Williams of the Georgia Institute of Technology noted:

Deconstructing life’s origins requires a rich understanding of the environmental and chemical conditions during Earth’s early history and on how life developed and progressed in a world very different than today’s.

NASA’s Astrobiology Program has awarded a $9 million grant to RPI, via the Earth First Origins project, which will use its expertise to assist in the PCE3 consortium.

As noted by President Shirley Ann Jackson, RPI has a long history of research in the astrobiology field:

Rensselaer has an extensive history of significant contributions to the field of astrobiology, and the Earth First Origins project and the Rensselaer Astrobiology Research and Education Center (RARE) will be tremendous additions to our legacy of discovery. The interdisciplinary global collaboration involved in these initiatives epitomizes the visionary work we engage in as The New Polytechnic.

Various types of environments existed on early Earth and many of them could have been the starting place of life, or life could have emerged via processes that connected several environmental niches. We want to establish the range of possible conditions in different early Earth environments, replicate them in the lab, and understand the particular factors that contribute to the sequence of chemical syntheses that lead to life. 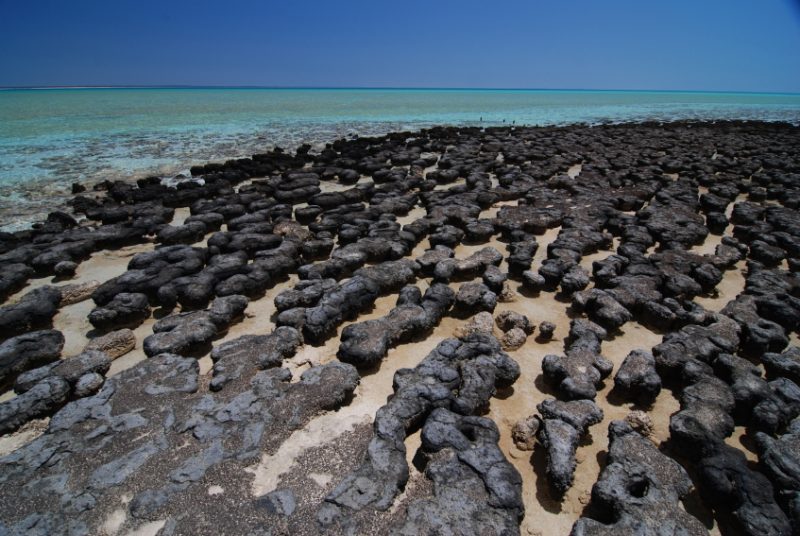 Stromatolites were some of the earliest multi-cellular life forms on Earth. Image via iStock.

The RPI research program brings together scientists in a wide range of fields, including planetary evolution, early Earth geochemistry, prebiotic/experimental astrobiology and analytical chemistry. The team also includes molecular biologists as well as geochemical modelers and data and visualization experts.

The early Earth Laboratory (eEL) – part of Earth First Origins – will use experimental equipment to simulate conditions on the early Earth, according to Bruce Watson, a co-investigator, geochemist and Institute Professor at Rensselaer:

Early Earth hosted a wide range of distinct environments. By accurately representing water-rock-atmosphere interactions, or the flow and mixing of fluids along thermal and chemical gradients, the eEL will provide a much better way of exploring the chemical pathways that emerged during Earth’s earliest times.

This is an exciting endeavor, not only in regards to life on Earth, but also life elsewhere. Thousands of exoplanets – planets orbiting other stars – have already been discovered by astronomers, and there are estimated to be billions in our galaxy alone. Knowing how life originated on Earth will help astronomers in their search for life on other worlds, including in our own solar system as well. Ocean worlds are common in our solar system – not only on Earth and but also on several icy moons with subsurface oceans – so oceans might be common elsewhere in space as well. If these ocean worlds can be found, they would be a prime target to search for evidence of alien biology. 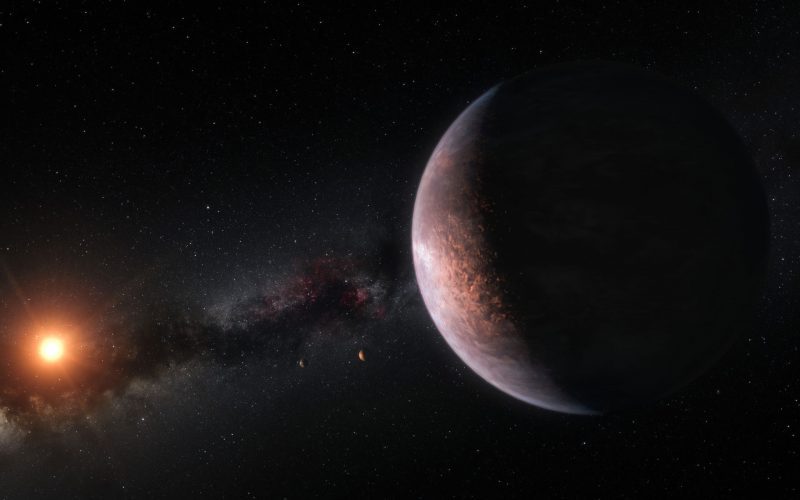 The PCE3 consortium may not only help scientists understand how life developed on Earth, but how it could happen on other rocky exoplanets as well, such as those in the TRAPPIST-1 system. Image via ESO/M. Kornmesser.

Earth is a rocky planet, and many rocky planets are now being discovered outside our solar system. We don’t yet know the conditions on any of them, but some of these worlds might turn out to be somewhat similar to Earth. As the new NASA consortium progresses, its results will help scientists determine which of these worlds may be not only habitable but inhabited. As Timothy Lyons of UCR said:

I am particularly excited to frame the beginnings of life within the context of our planet’s early, dynamic habitability and to use those lessons to imagine how planets around distant stars similarly could have favored the origins and evolution of life.

How did life begin on Earth? A new NASA research consortium will try to answer that question. Image via Rensselaer Polytechnic Institute.

Bottom line: The new PCE3 consortium by NASA will attempt to answer one of the biggest questions ever posed to humanity – how did life begin on Earth?