Mysterious volcanic domes – rich in silica – have been found on the far side of the moon. Their origin remains enigmatic.

Scientists have found mysterious volcanic domes on the far side of the moon, according to research published in the July 2011 issue of Nature Geoscience. What’s unusual about these domes is they’re rich in silica, which is rarely found on the moon. The origin of the domes, according to the scientists’ report, remains “enigmatic.” 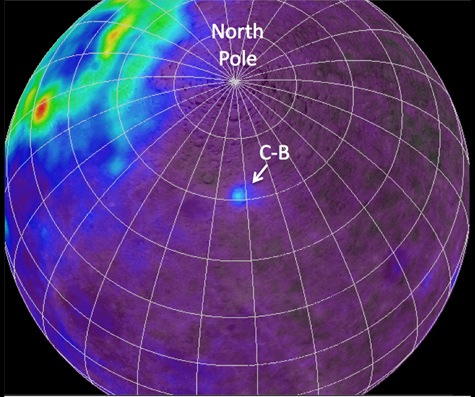 The domes were identified in a region called the Compton-Belkovich Thorium Anomaly, a concentrated “hotspot” of the radioactive element thorium located on the lunar far side. It was first detected by the Lunar Prospector mission in 1998. The anomaly provided a bulls eye for further inspection using images and data from the Lunar Reconnaissance Orbiter combined with digital models of terrain to assess the morphology and composition of the region. 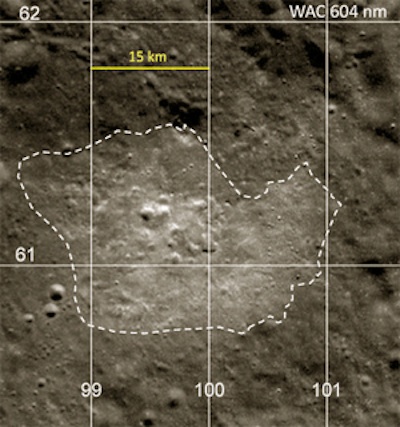 “To find evidence of this unusual composition located where it is, and appearing to be relatively recent volcanic activity is a fundamentally new result and will make us think again about the Moon’s thermal and volcanic evolution,” said lead author and planetary scientist Bradley L. Jolliff of Washington University in St. Louis, MO.

Dr. Jolliff described the significance of the moon dome finding to EarthSky:

There are some who would say that the moon is uninteresting; that it’s geologically dead; and that we have been there and done that. And what this finding reminds us is that the moon is geologically complex, and it has surprises left for us to discover. We’ve only really explored, with landers and sample return if you think about Apollo and Luna missions, a small area on the moon’s Earth-facing side. There’s a whole lot yet to learn from our closest neighbor in space. 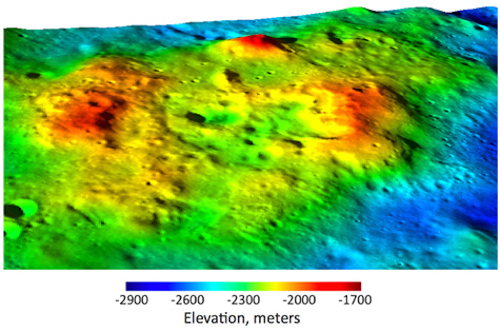 A central feature, 25-35 kilometers across, emerged from analysis of the anomaly region.. A series of silica-rich domes, some measuring six kilometers across and with steeply sloping sides, were identified by Dr. Jolliff and his co-researchers.”We interpret these as volcanic domes formed from viscous lava,” wrote the authors about the finding. This is in sharp contrast to the more fluid lava that formed the near side, characterized by large dark patches of basalt visible to the eye from Earth and called maria, which is Latin for “seas.”

The composition of the lava, to make it done-shaped like this, is silicic. That means that it’s rich in the element silicon. Now this is not unique on the moon, but it certainly is unusual, and so far, not seen anywhere else on the far side. When I say it’s silicic, that’s compared to the dark lavas that fill in the low basin forms, the familiar dark circular basins on the moon’s near side when you look up at the moon, the side facing Earth. That lava is richer in elements like iron and magnesium. And that’s the case for most of the moon’s lava flows.

Dr. Jolliff and others suspects the lunar domes might be much younger than the period of volcanism three to four billion years ago that formed the lunar maria.

“We don’t have a way to get an absolute date on the Compton-Belkovich volcanic feature because we don’t have rocks in hand,” said Jolliff. “But since there are relatively few craters, the surface actually looks pretty fresh. And we see small-scale features that haven’t been completely beaten up and obliterated by the impact process.” 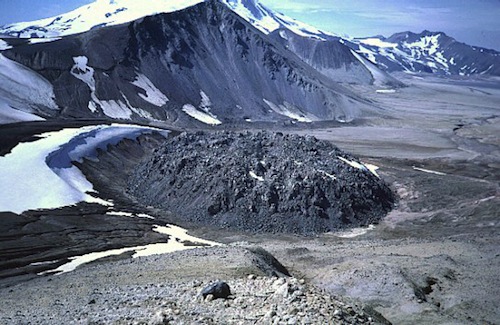 Much like the Novarupta dome in Katmai National Park of Alaska, Jolliff speculated that the newly found lunar domes might have formed from a viscous upwelling of silica-rich lava that bulged up like a balloon and cooled in place. “What we really need to test this and other new ideas about the Moon is sustained human exploration of our nearest and geologically very interesting neighbor in space,” said Jolliff.

We’ve had a number of missions, just in the past decade that have orbited the moon and have done very spectacular remote sensing. The Japanese had a mission called Kaguya; and the Indians had a mission called Chandrayaan-1. And both of these missions returned very exceptional spectral data for the moon. And we’re just beginning to mine that data, as a scientific community, to find at high resolution, what are some of the things that we didn’t know about that are new on the moon, and a number of things have been found.

And then there’s the Lunar Reconnaissance Orbiter, which has been orbiting the moon now and hopefully will continue for a few additional years. And it’s looking at very high resolution, not only with the cameras but with the Diviner instrument, and with other instruments, a laser altimeter, and really just bringing us the kind of information that we need to map out the surface in great detail. We’re actually starting to learn about the moon as well as we know Mars from orbit. So that’s a great thing.

A third mission, LATI, is an atmospheric mission. The moon doesn’t really have an atmosphere, it has what we call an exosphere. It will actually investigate the surroundings, the atmosphere if you will, of the moon. So we’ll have the surface, interior, and atmosphere.

Bottom line: Domes of silica-rich volcanic rock have been found on the far side of the moon. Their origin, related to the evolution of the moon, remains a mystery until further exploration and sampling of the area is completed.