Shortly after posting my last blog, I was abducted by aliens who flew me to Thermoman’s home planet of Ultron where I was taught secrets of the universe.

Shortly after posting my last blog, I was abducted by aliens who flew me to Thermoman‘s home planet of Ultron where I was taught secrets of the universe. Having just returned, I will now enlighten you with a new blog.

Now, I know that no one reading this will believe that, but I am amazed sometimes at the things people will believe. Some of it is simply unlikely, such as the idea that Earth is being visited by aliens from other worlds. This is certainly not impossible, but for various reasons it is deemed unlikely by most scientists and in any event there is no good physical evidence to support it.

And then there are other beliefs that simply fly in the face of established fact, such as the absurd idea that the Earth is hollow or that the Apollo astronauts never really landed on the moon. Add to those ideas the belief in a non-existant planet Nibiru, or in the idea that a real but harmless Comet Elenin was a spaceship or a doomsday object.

Leaving TV commercials and all manner of advertising aside, there are many other basic facts and concepts of science that people believe that are flat out wrong. Read on, to find three examples. 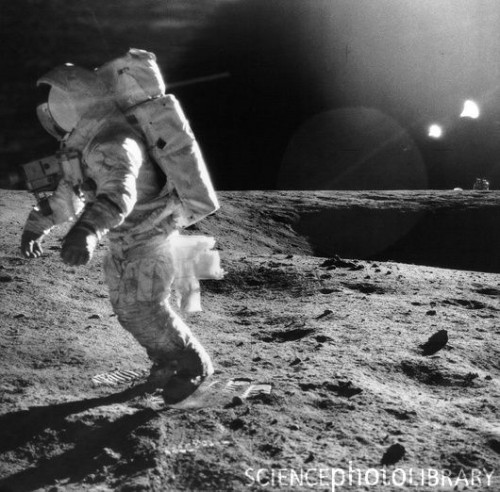 The moon is smaller than Earth and contains less mass. So its gravity is weaker, only 17% the force of gravity at Earth’s surface. 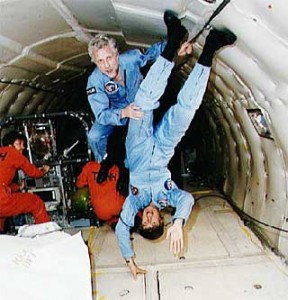 Astronauts in space experience weightlessness because they are in free fall around the Earth, moving at the same rate at their spacecraft.

1. Many people erroneously believe that there is no gravity on Earth’s moon. Sometimes they justify this belief by claiming that since there is no gravity in space and the moon is in space, then there logically must be no gravity on the moon. Unfortunately, this is an illogical mash-up of misunderstood concepts. Any object with mass has gravity, and missions to the moon have proved beyond doubt that gravity does indeed operate there, just as it operates everywhere else.

2. Some mistakenly believe there is no gravity in space generally. Gravity pervades the entire universe – holds stars, planets and galaxies together – and is impossible to escape. People get the idea that there is no gravity in space when they see astronauts floating in the space station or International Space Station (ISS). But neither the astronauts nor their spacecraft are free of gravity, ever. In fact for near-Earth missions, astronauts are subject a force of gravity 98 to 99 percent as strong as it is on Earth’s surface! The fact that they are falling around the Earth at the same rate as the spacecraft makes them seem weightless relative to things around them. 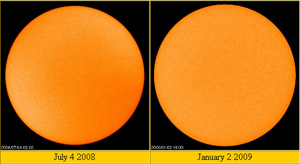 Images of the sun on July 4, 2008 (left) and January 2, 2009. The January image is very slightly larger. This minor difference has virtually no bearing on the seasons. Image via SOHONASA Solar & Heliospheric Observatory.

3. Some wrongly believe Earth’s seasons are caused by our distance from the sun. They think Earth is farther from the sun in winter and closer in summer. At least this bears a little logic, because the Earth does vary slightly in distance to the sun through the year, and it is natural and logical to think that the Earth would be warmer when we are closer to the sun. However, if the sun-Earth distance variation fueled seasonal changes, then Northern Hemisphere winters would be hot and summers cold. In fact, the Earth is about 3 million miles closer to the sun in early January than in early July! What does cause the seasons? The Earth is tilted on its axis, pointing more or less toward Polaris, the North Pole star. As the Earth orbits the sun, this tilt causes the planet to nod toward the sun in June, and away from it in December. The upshot to this is that the sun’s height in the sky varies, which in turn affects the amount of sunshine any given location receives and hence the overall temperatures. The Northern Hemisphere is tilted away from the sun in winter and receives less sunshine.

Our modern era is not alone in holding astronomical misconceptions. The early astronomers believed in a geocentric cosmology. That is, they thought Earth was the center of the universe, because we cannot feel Earth move under us. It seems natural that this big, massive Earth would be stationary while those little twinkling lights circle around us. Seems natural … but isn’t true.

My point is that we need to look at everything and ask why we believe what we believe.

I’d be interested in learning of misconceptions you have heard (or perhaps been guilty of), regarding astronomy, space or physical science in general. Comments?