Astronomers have learned that the pull of gravity can sometimes overcome the strong magnetic fields found in great star-forming clouds in space. The resulting weakly magnetized gas flow can feed the growth of new stars. 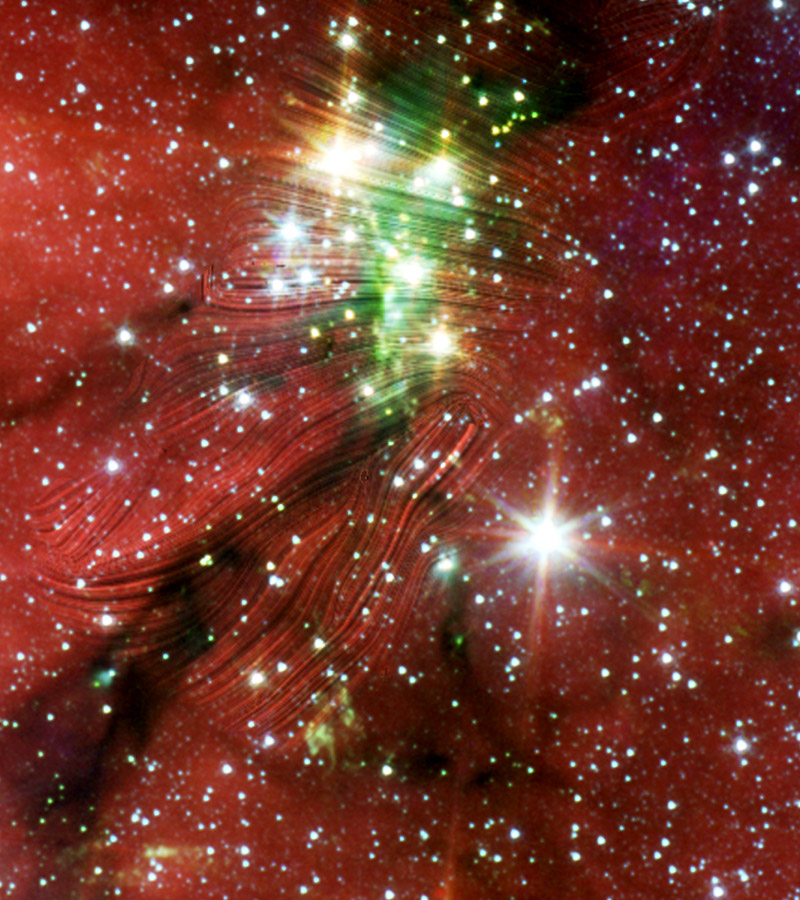 See the lines – called streamlines by scientists – in this composite image of the Serpens South star cluster? They’re from magnetic fields in this great star-forming cloud. Notice the lower left, where magnetic fields have been dragged into alignment with a narrow, dark filament. In that area, astronomers say, material from interstellar space is flowing into the star-forming cloud and fueling star formation. Image via NASA/ SOFIA/ T. Pillai/ JPL-Caltech/ L. Allen/ USRA.

Astronomers have known for decades that stars like our sun form when giant clouds of gas and dust in space – sometimes called molecular clouds – collapse under their own gravity. But how does the material from interstellar space flow into these clouds, and what controls the collapse? The image above helps illustrate an answer to these questions. It’s a composite, made with data from SOFIA – an airborne telescope designed for infrared astronomy – overlaid on an image from the now-retired Spitzer Space Telescope. This composite shows that the pull of gravity can sometimes overcome the strong magnetic fields found in great star-forming clouds in space. And it shows that, when that happens, weakly magnetized gas can flow – as on a conveyor belt – to feed the growth of newly forming star clusters.

A statement from the Max Planck Institute in Bonn, Germany, explained:

A major finding in the last decade has been that extensive networks of filaments permeate every molecular cloud. A picture has emerged that stars like our own sun form preferentially in dense clusters at the intersection of filaments.

Now look back at the image above, which shows the Serpens South star cluster, a star-forming region located some 1,400 light-years from Earth. In that image, you see a dark filament in the lower left. Now notice the “stripes” on the image, which astronomers call streamlines. They represent magnetic structures, discovered by SOFIA. The astronomers said these magnetic structures act like rivers, channeling material into the great star-forming cloud.

As you can see in the image, these magnetic streamlines have been dragged by gravity to align with the narrow, dark filament on the lower left. Astronomers say this configuration helps material from interstellar space flow into the cloud. 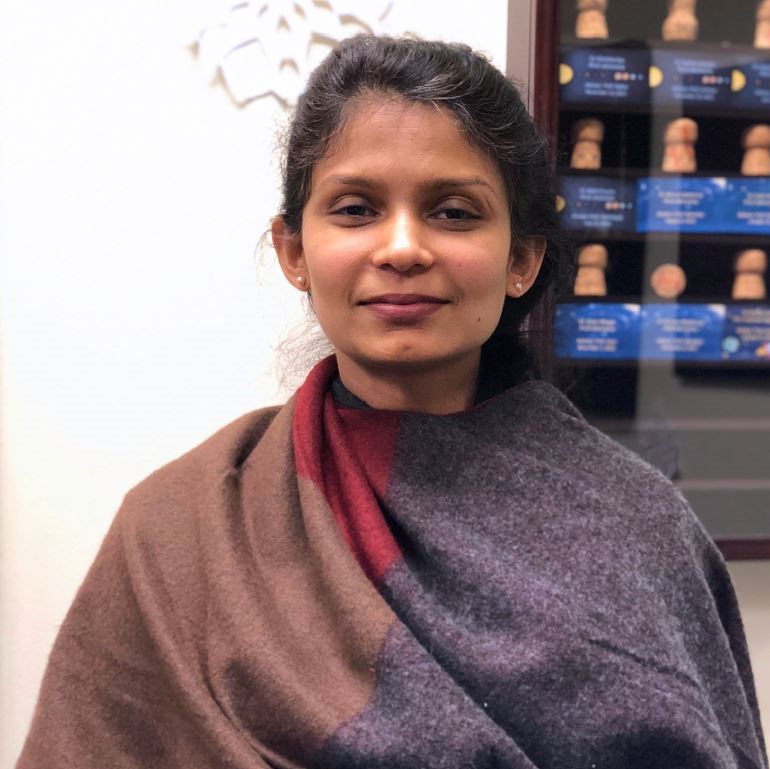 The scientists said in a statement from Universities Space Research Association (USRA) that they are:

… studying the dense cloud to learn how magnetic fields, gravity and turbulent gas motions contribute to the creation of stars. Once thought to slow star birth by counteracting gravity, SOFIA’s data reveals magnetic fields may actually be working together with gravity as it pulls the fields into alignment with the filaments, nourishing the birth of stars.

The results were published in the peer-reviewed journal Nature Astronomy on August 17. The lead author of the new study is Thushara Pillai of Boston University and the Max Planck Institute for Radio Astronomy in Bonn, Germany.

In 1835, the French philosopher Auguste Comte wrote of the unknowable nature of stars:

On the subject of stars, all investigations which are not ultimately reducible to simple visual observations are … necessarily denied to us. While we can conceive of the possibility of determining their shapes, their sizes, and their motions, we shall never be able by any means to study their chemical composition or their mineralogical structure … Our knowledge concerning their gaseous envelopes is necessarily limited to their existence, size … and refractive power, we shall not at all be able to determine their chemical composition or even their density…

He was, famously, wrong.

He couldn’t have envisioned the range of tools available to modern astronomers. It’s a beautiful thing that, nowadays, astronomers can not only learn about the compositions of stars via their studies of their spectra, but also probe the deeper mysteries, going all the way to the births of these colossal, self-luminous balls in space. 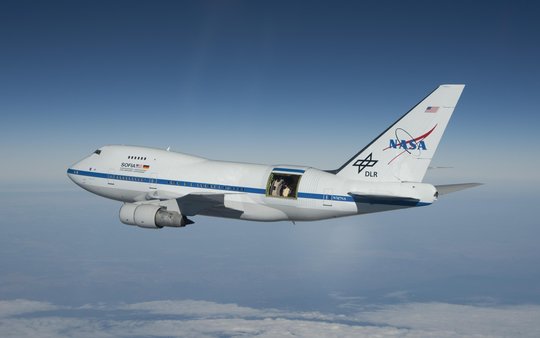 SOFIA, the Stratospheric Observatory for Infrared Astronomy. The HAWC+ polarimeter on board SOFIA was used for the observations of the magnetic field in the Serpens South star-forming region. Image via NASA/ C. Thomas/ Max Planck Institute.

Bottom line: Astronomers have learned that the pull of gravity can sometimes overcome the strong magnetic fields found in great star-forming clouds in space. The resulting weakly magnetized gas flow can feed the growth of new stars.