Were the 2 Magellanic Clouds once 3?

A new study suggests that the Large and Small Magellanic Clouds – small satellite galaxies to our Milky Way – might have once had a 3rd companion. 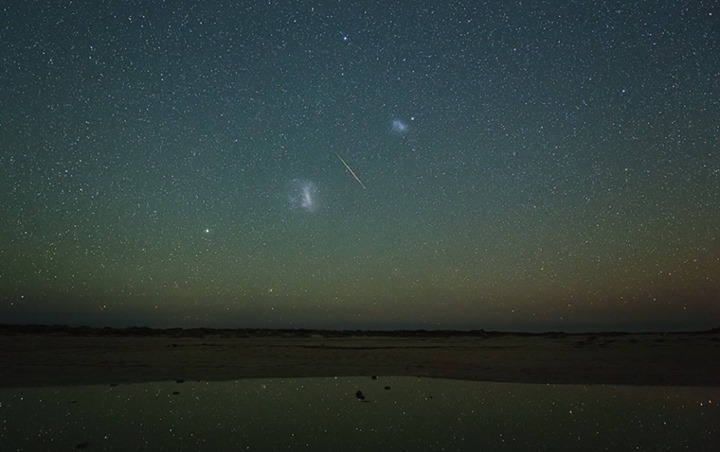 Benjamin Armstrong is a masters student at the International Centre for Radio Astronomy Research (ICRAR) and the lead author on the study. He said most stars in the Large Magellanic Cloud revolve clockwise around the center of the galaxy. But, unusually, some stars revolve counter-clockwise. Armstrong said in a statement:

What we found is that in this sort of merging event, you actually can get quite strong counter-rotation after a merger takes place. This is consistent with what we see when we actually observe the galaxies. 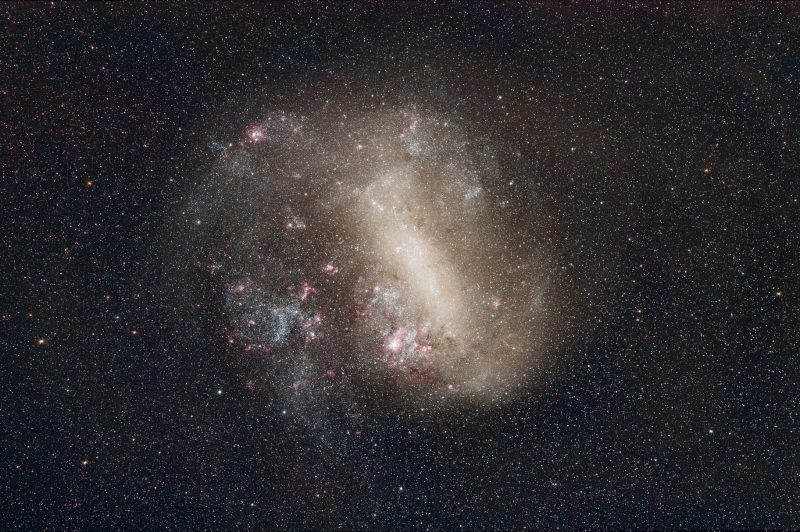 The Large Magellanic Cloud photographed using a small telephoto lens and a modified camera to highlight the molecular clouds, or regions of star formation. Image via Andrew Lockwood.

Armstrong said his team’s new computer simulation could also help explain a problem that’s perplexed astronomers for years: why stars in the Large Magellanic Cloud are generally either very old or very young. He said:

In galaxies, there are these large objects called star clusters. Star clusters contain many, many, many stars that are all of quite similar ages and made in similar environments.

In the Milky Way, the star clusters are all very old. But in the Large Magellanic Cloud, we have very old clusters as well as ones that are very young—but nothing in between.

Because in the Large Magellanic Cloud we see star formation starting again, that could be indicative of a galaxy merger taking place.

Armstrong said the research was about asking pertinent questions that astronomers could start examining.

It’s about creating a new idea, a new way of looking at an old problem. 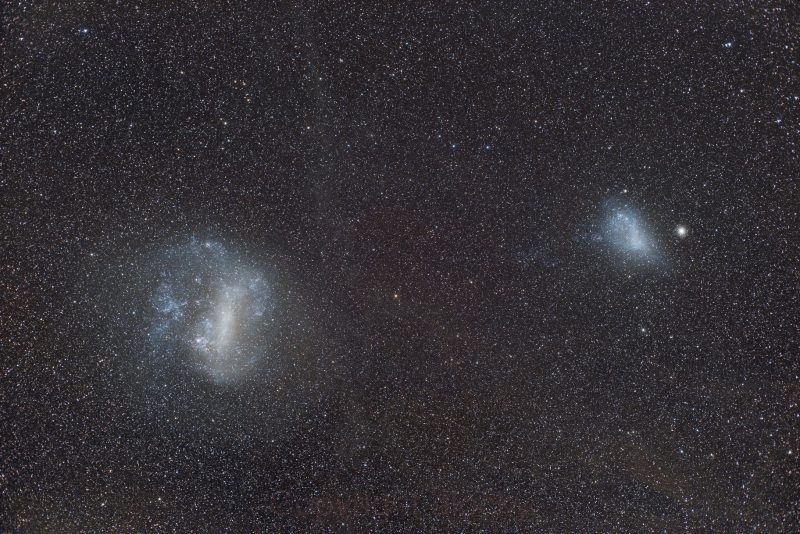