The spacecraft is slowing down for its final orbit, with its next maneuver scheduled for August 28. It’s due to land September 7. Details about the mission, plus Chandrayaan-2’s first image of the moon, here. 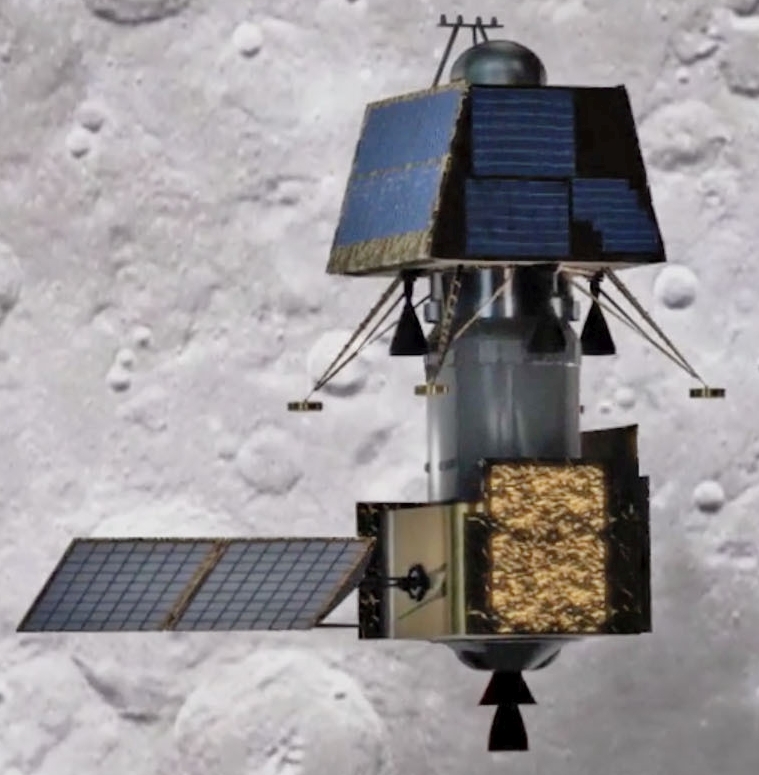 On August 20, 2019, a 29-minute-long Lunar Orbit Insertion (LOI) successfully placed Chandrayaan-2 into an orbit around the moon. The LOI was an important step forward in the mission because it decreased the spacecraft’s speed from 5,368 miles per hour (2.4 km per second) to 4,697 miles per hour (2.1 km per second). If the spacecraft had not slowed to that speed, its trajectory would have flung it away from the Earth-moon system. The Indian Space Research Organisation (ISRO) announced the update on Twitter:

ISRO is now decreasing the spacecraft’s orbit using the onboard propulsion system until it reaches 62 miles (100 km) above the moon’s surface. A second such maneuver was performed on August 21, 2019, to shorten the spacecraft’s current elliptical orbit to a circular one. According to a statement from ISRO:

Second lunar bound orbit maneuver for Chandrayaan-2 spacecraft was performed successfully today (August 21, 2019) beginning at 1250 hrs IST [07:20 UTC] as planned, using the onboard propulsion system. The duration of the maneuver was 1228 seconds. The orbit achieved is 118 km x 4412 km [73 x 2,741 miles]. All spacecraft parameters are normal.

Chandrayaan-2 is scheduled to enter its final circular orbit around the moon on September 1, 2019. This orbit will pass over the lunar poles, one of which will be the landing site for Vikram – Chandrayaan-2’s lander that aims to soft-land on the moon’s south pole. The orbiter will orbit at a 62 miles (100 km) distance from the moon’s surface for a period of one year, making a pass over both of the moon’s poles with each revolution.

Here is the first image of the moon captured by Chandrayaan-2 on August 21, 2019, using its LI4 camera: 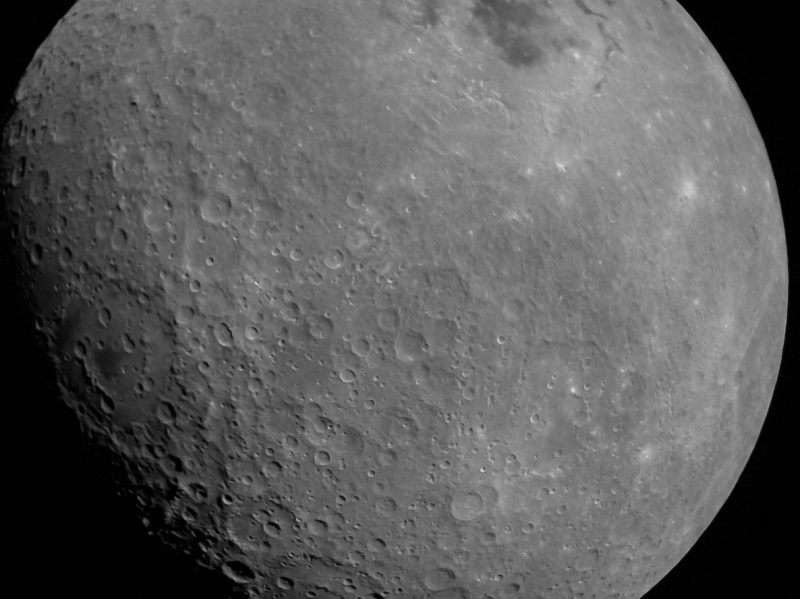 The moon as viewed by Chandrayaan-2 on August 21, 2019. This image was taken at a height of 1646 miles (2650 km) above the lunar surface. The dark patch at the top is the Mare Orientale basin, theorized to have formed due to the impact of an asteroid-sized object. Also seen is the double-ringed Apollo crater towards the left. Image via ISRO.

September 2, 2019: The lander Vikram along with the rover Pragyan will separate from the orbiter and begin its powered descent towards the moon’s surface. Complex braking mechanisms will be in place to ensure a soft landing.

September 7, 2019: Vikram will soft-land on the lunar south pole. A few hours later, Pragyan will roll out to perform in-situ experiments for one lunar day (14 Earth days).

Bottom line: Chandrayaan-2 is slowing down for its final orbit around the moon, staying true to the landing date of September 7, 2019.