Five of Saturn’s moons appear in one image taken by the Cassini spacecraft in 2011.

With the artistry of a magazine cover shoot, NASA’s Cassini spacecraft captured a portrait of five of Saturn’s moons poised along the planet’s rings. Saturn has 53 named moons.

From left to right are Janus, Pandora, Enceladus, Mimas and Rhea – bisected by the right side of the frame. The planet Saturn is not visible in this image – only the rings and five moons. The view was acquired at a distance of approximately 684,000 miles (1.1 million kilometers) from Rhea and 1.1 million miles (1.8 million kilometers) from Enceladus. 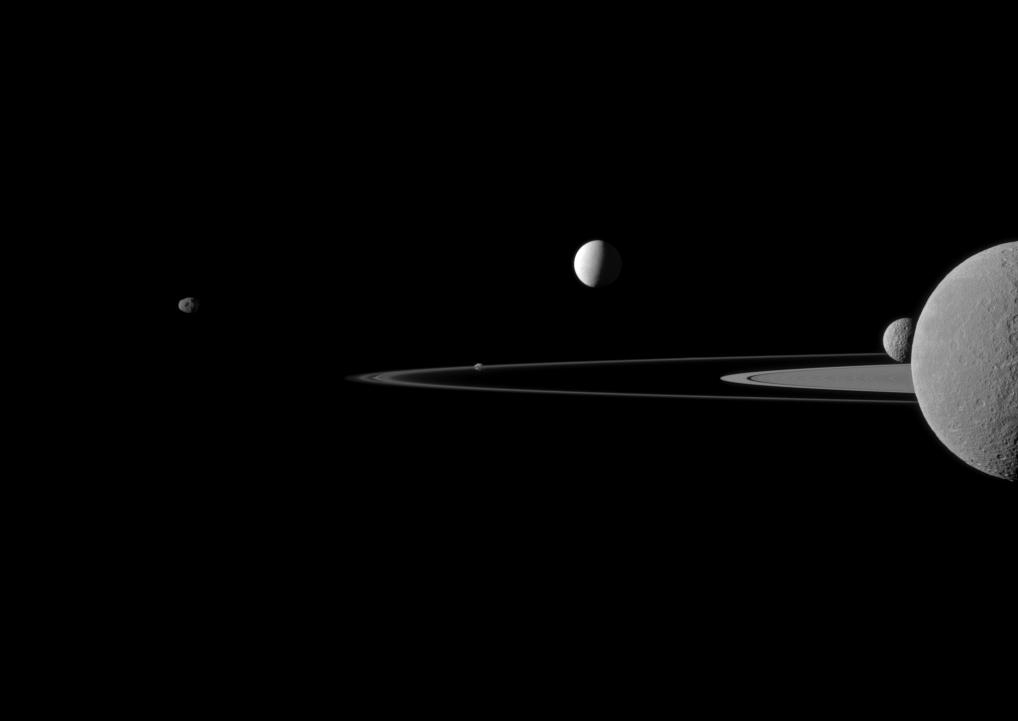 Artist’s illustration of Cassini and Saturn. Via Wikipedia

The Cassini-Huygens mission is to study Saturn and its numerous satellites. The spacecraft launched in 1997 and arrived at Saturn in July 2004. It is a cooperative project of NASA, the European Space Agency and the Italian Space Agency.

Bottom line: The Cassini spacecraft captured an image of five of Saturn’s moons along with part of the planet’s rings on July 29, 2011.