Another great glimpse of Mars – the world next door – from NASA’s Curiosity rover. 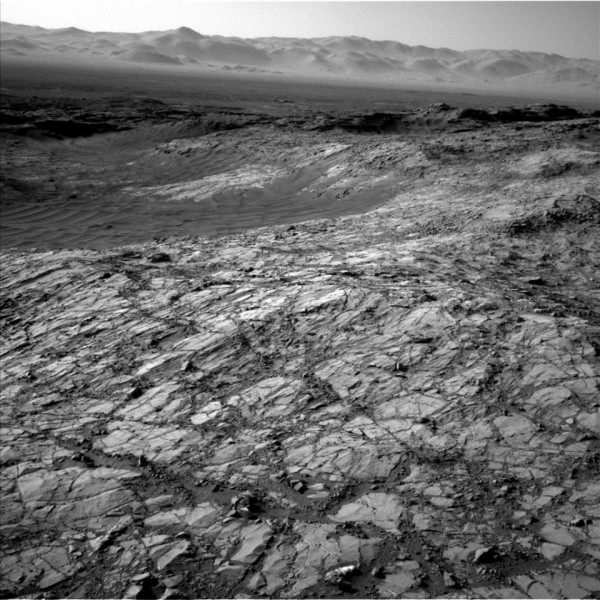 Here’s a wonderful new image from Mars, looking across Gale Crater, using the Mars Curiosity rover’s right NavCam. The rover captured this image on November 6, 2015, which was Sol 1,155 … the rover’s 1,155th day on Mars. The scene is certainly dried out, desiccated clay layers, laid down in the very remote past, approximately 4 billion years ago when Mars was much warmer and wetter, with a far denser atmosphere than now.

The image was taken while Curiosity was within the Pahrump Hills on the floor of Gale Crater, which is within the what’s known as the Aeolis Quadrangle on Mars. The crater itself, by the way, is 96 miles (154 km) wide.

At the time this image was acquired, the Martian afternoon sun was 25.16 degrees above the western horizon on Mars. 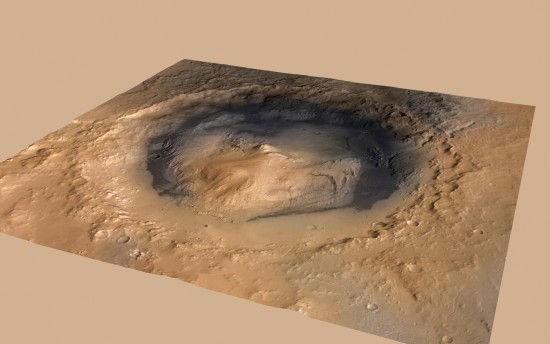 View larger. | Gale Crater on Mars, via NASA. Its central peak is unofficially called Mount Sharp, officially Aeolis Mons. North is down in this image.

Bottom line: Another great glimpse of the planet Mars – the world next door – from NASA’s Curiosity rover.