Frank Hill told EarthSky that — while his team did suggest a drop in solar activity beginning around 2019 — they did not suggest Earth would cool as a result.

Frank Hill is an astronomer at the U.S. National Solar Observatory. In June, 2011, Hill and colleagues announced their conclusions that sunspot activity might be headed for a dramatic drop in activity, beginning around the year 2019. The sun normally follows a cycle of activity lasting about 11 years. The current cycle, Cycle 24, is now around its peak. Frank Hill and colleagues are looking toward the next cycle — Cycle 25. Based on data showing decades-long trends, they are suggesting Cycle 25’s peak might be delayed or that it might not have a typical peak in activity at all. Hill spoke more about his sunspot studies with EarthSky’s Jorge Salazar.

Are you familiar with media reports that have gotten this story wrong?

Yes, actually. It seems to me that a lot of reports have come out and said that we have predicted a new ice age. That is making the leap from low sunspot activity to cooling. We did not predict a little ice age.

What we predicted is something that the sun will be doing, not what the Earth’s climate will be doing. That has been the major inaccuracy that I have seen in the media at this point.

You studied jet streams below the surface of the sun. What were your main findings?

For 16 years, we’ve been observing the inside of the sun using a technique called helioseismology. The sun is filled with sound waves — acoustic waves — that penetrate and travel all the way throughout the sun. They are visible when they strike the surface of the sun from the inside, making the surface move up and down.

Using this data, we can infer the motions of the gas inside the sun. 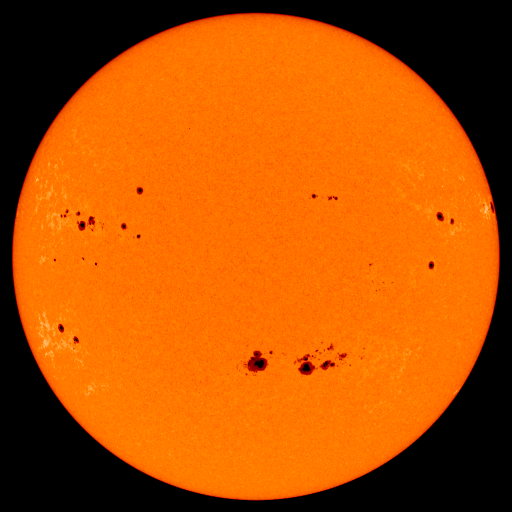 And we have found that there is a jet stream, which had been observed previously on the surface in 1981, that is very tightly timed to the solar cycle.

This jet stream typically first appears at a high latitude on the sun, near the solar poles, approximately 10 to 12 years before the start of the solar cycle. It then moves first toward the poles, and then another branch appears. It moves towards the equator. We should be seeing the poleward branch of this flow for Cycle 25. That’s the next cycle of sunspots after the the one that we are in, which is Cycle 24. We should have seen that flow back in 2008, and we still have not seen it. And so this leads us to believe that that there is something different about Cycle 25 than we have previously seen.

What does this all mean?

It could mean a range of things. It could mean that the next sunspot cycle, after the current one, could be delayed by two to five years, at least, and perhaps longer.

Or at the other extreme, it could mean that there are no sunspots appearing at all for an extended period of time. We could be entering a situation similar to the Maunder Minimum, which was a period of 70 years or so, from 1645 to 1715 — where very few visible sunspots were observed. [Editor’s Note: The Maunder Minimum — a period of decreased activity on the sun — is often said to correlate roughly in time to what is sometimes called the Little Ice Age, a period of unusually cold weather in northern Europe, during which people were said to ice skate on the Thames.]

So it’s not clear that there really was a cause and effect. It’s definitely a very gray area, and of course we don’t have very good data on it because it happened so long ago.

What do you expect to happen now, with activity on the sun?

The evidence is this. The jet stream flow that we are observing inside the sun — as well as with helioseismology — is very tightly correlated with the timing of the solar cycle. For instance, you might have heard of the long, deep minimum that we just emerged from — between Cycles 23 and 24. That minimum was approximately 1.5 years longer than we normally experience. We found that the jet stream inside the sun — which we call the torsional oscillation and which migrates from high to low latitudes on the sun — was migrating at a much slower rate than it had in the past. It took about 1.5 years longer to reach the latitude at which sunspots begin to appear.

And that made us realize that observing this phenomenon could provide a clock, a future predictor of what will be happening for the overall solar cycle itself.

Listen to the 8-minute and 90-second EarthSky interviews with Frank Hill on the predicted decrease in solar activity — and inaccurate media reports that it means a period of cooling for Earth — at top of page.