No need for dark matter?

Erik Verlinde just released the latest installment of his new theory of gravity. He now says he doesn’t need dark matter to explain the motions of stars in galaxies. 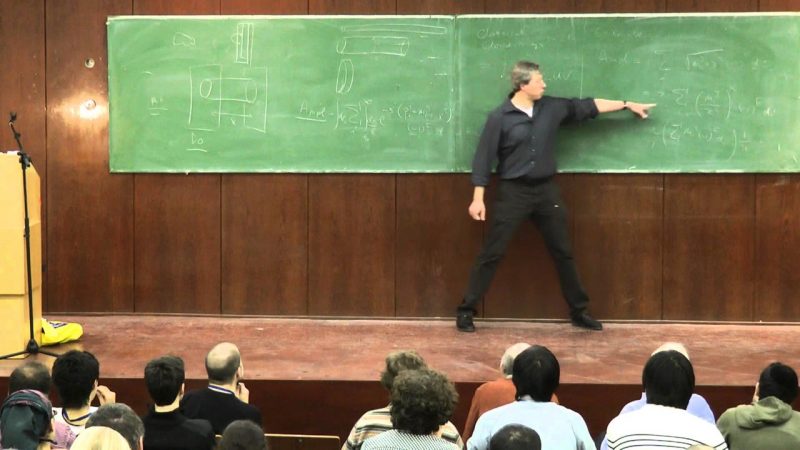 Erik Verlinde of University of Amsterdam at the 29th Jerusalem Winter School in Theoretical Physics, 2010, via YouTube.

Theoretical physicist Erik Verlinde has a new theory of gravity, which describes gravity not a force but as an illusion. The theory says gravity is an emergent phenomenon, possible to be derived from the microscopic building blocks that make up our universe’s entire existence. This week, he published the latest installment of his theory showing that – if he’s correct – there’s no need for dark matter to describe the motions of stars in galaxies.

Verlinde, who is at the University of Amsterdam, first released his new theory in 2010. According to a statement released this week (November 8, 2016):

… gravity is not a fundamental force of nature, but an emergent phenomenon. In the same way that temperature arises from the movement of microscopic particles, gravity emerges from the changes of fundamental bits of information, stored in the very structure of spacetime.

Dark matter – the invisible “something” that most modern physicists believe makes up a substantial fraction of our universe – came to be necessary when astronomers found in the mid-20th century they couldn’t explain why stars in galaxies moved as they did. The outer parts of galaxies, including our own Milky Way, rotate much faster around their centers than they should, according to the theories of gravity as explained by Isaac Newton and Albert Einstein. According to these very accepted theories, there must be more mass in galaxies than that we can see, and thus scientists began speaking of invisible matter, which they called dark matter.

They’ve been speaking of it, and trying to understand it, ever since.

Verlinde is now saying we don’t need dark matter to explain what’s happening in galaxies. He says his new theory of gravity accurately predicts star velocities in the Milky Way and other galaxies. In his statement, he said:

We have evidence that this new view of gravity actually agrees with the observations. At large scales, it seems, gravity just doesn’t behave the way Einstein’s theory predicts. 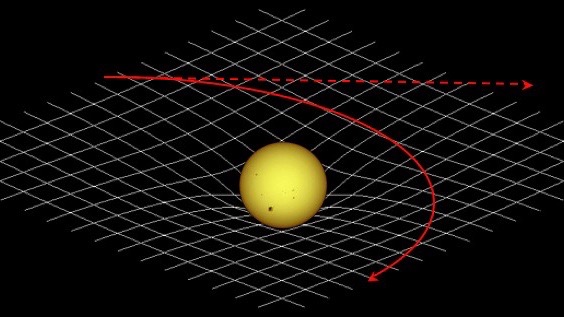 Early in the 20th century, it was the great revelation of Albert Einstein that gravity can be described in terms of curved spacetime. Image via physicsoftheuniverse.com.

If true, it’s a revolution in science, since essentially all of modern cosmology – including the Big Bang theory that describes how our universe began – is based on Einstein’s theory of gravity. In recent decades, dark matter and its cousin dark energy have been bugaboos to the accepted theories; despite searches, for example, no one has ever actually observed dark matter.

Many theoretical physicists like me are working on a revision of the [accepted modern theories of gravity], and some major advancements have been made. We might be standing on the brink of a new scientific revolution that will radically change our views on the very nature of space, time and gravity.

Or learn more about it from Verlinde himself. The video below is from Big Think, in 2011:

Bottom line: The latest installment of Erik Verlinde’s new theory of emergent gravity – released November 8, 2016 – explains the motions of stars around the centers of galaxies without having to call on dark matter.

Via University of Amsterdam