Researchers suggest the bright lights of cities, which are visible on a planet even from space, might reveal the existence of alien life on other planets.

Researchers suggest the bright lights of cities, which are clearly visible on a planet even from space, have the potential to reveal the existence of alien life on other planets.

In the search for extraterrestrial intelligence, astronomers have hunted for radio signals and ultra-short laser pulses. But someday – according to Avi Loeb of Harvard-Smithsonian Center for Astrophysics and Edwin Turner of Princeton University – we might want to look for city lights.

They point out that, as our technology has moved from radio and TV broadcasts to cable and fiber optics, we have become less detectable to aliens. If the same is true of extraterrestrial civilizations, then artificial lights might be the best way to spot them from afar.

Loeb and Turner calculate that today’s best telescopes ought to be able to see lights like those of Earth’s biggest city – Tokyo – at the distance of our solar system’s own Kuiper Belt – the region occupied by Pluto, Eris, and thousands of smaller icy bodies.

In other words, if there were any cities on the edge of our solar system, we ought to be able to see them now. It’s doubtful there are cities on, say, Pluto. And all the stars – even the nearest ones – are no closer than 10,000 times Pluto’s distance from our sun. So we don’t have telescopes that could see city lights on planets surrounding those distant stars. 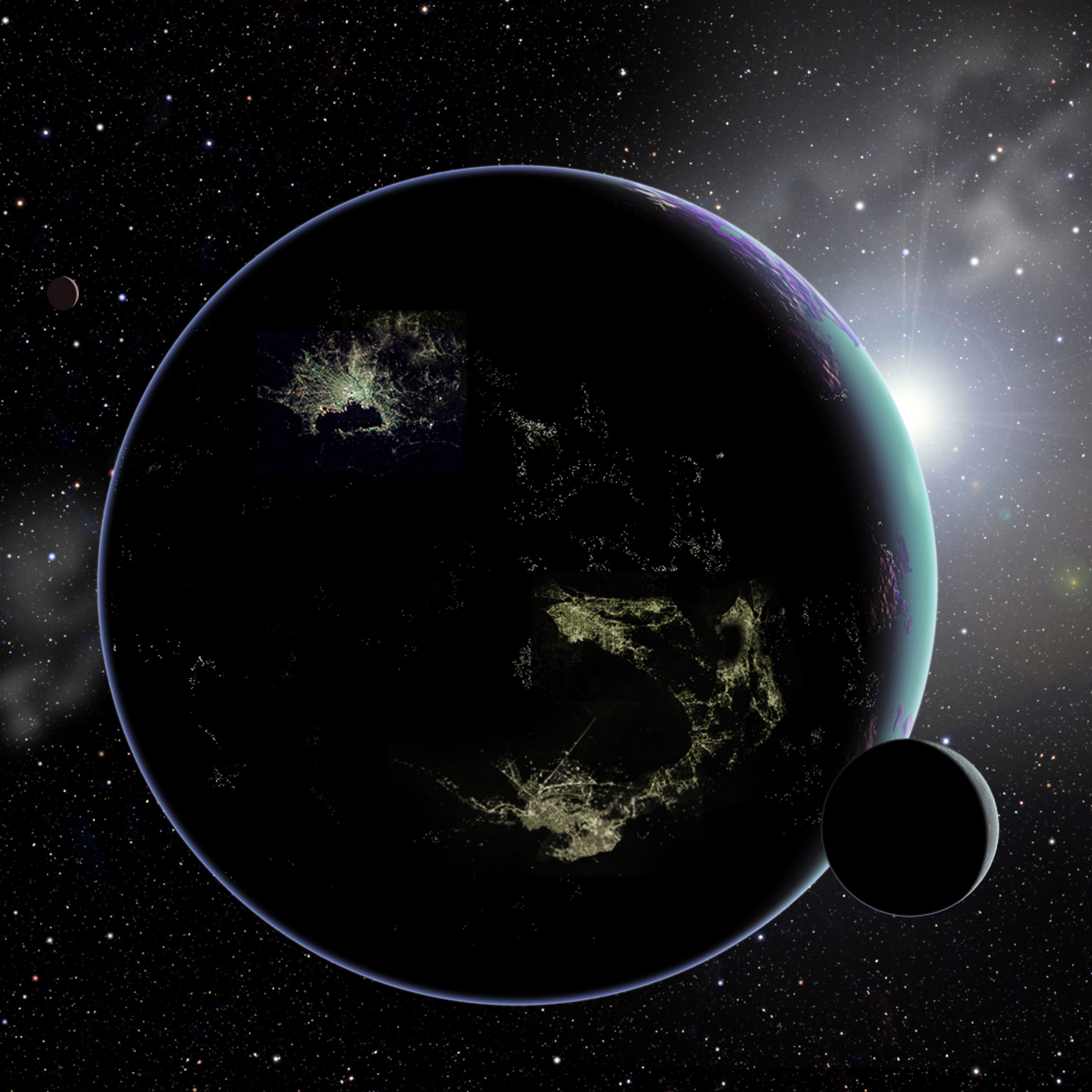 But future generations might spot them. As with other SETI (search for extraterrestrial life) methods, Loeb and Turner rely on the assumption that aliens would use Earth-like technologies. This is reasonable because any intelligent life that evolved in the light from its nearest star is likely to have artificial illumination that switches on during the hours of darkness.

How easy would it be to spot a city on a distant planet? Clearly, this light will have to be distinguished from the glare from the parent star. Loeb and Turner suggest looking at the change in light from an exoplanet as it moves around its star.

Spotting this tiny signal would require future generations of telescopes. However, the technique could be tested closer to home, using objects at the edge of our solar system. Astronomers can hone the technique and be ready to apply it when the first Earth-sized worlds are found around distant stars in our galaxy. Turner said:

It’s very unlikely that there are alien cities on the edge of our solar system, but the principle of science is to find a method to check. Before Galileo, it was conventional wisdom that heavier objects fall faster than light objects, but he tested the belief and found they actually fall at the same rate.

Loeb and Turner’s work has been submitted to the journal Astrobiology and is available online.

Bottom line: Researchers Avi Loeb of Harvard-Smithsonian Center for Astrophysics and Edwin Turner of Princeton University suggest that the bright lights of cities, which are clearly visible on a planet even from space, might reveal the existence of alien life on other planets. The researchers say that today’s best telescopes ought to be able to see the light generated by a Tokyo-sized metropolis at the distance of the Kuiper Belt – the region occupied by Pluto, Eris, and thousands of smaller icy bodies.

Read more from the Harvard-Smithsonian Center for Astrophysics