Astronomers have discovered a black hole with 40 billion solar masses in the heart of the Abell 85 cluster of galaxies. 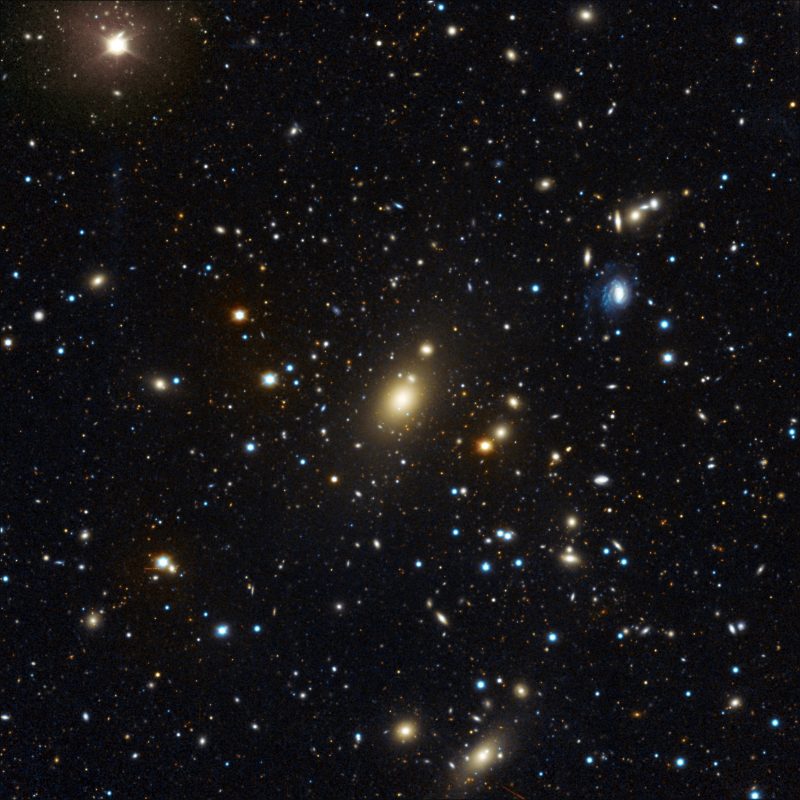 This galaxy cluster – Abell 85 – consists of more than 500 individual galaxies. The bright one in the center is called Holm 15A. Astronomers peered into its heart to measure the mass of a black hole 40 billion times more massive than our sun. Image via Matthias Kluge/ USM Wendelstein Observatory/ MPE.

The Max Planck Institute for Extraterrestrial Physics (MPE) near Munich, Germany, said on December 3, 2019, that astronomers have set a new record for finding the most massive black hole in the nearby universe. They found it not because it’s doing something exotic or noticeable. On the contrary, they noticed this black hole because it caused the center of its galaxy to be peculiarly fainter than it would be otherwise, given the galaxy’s huge mass of stars.

Holmberg 15A is a supergiant elliptical galaxy, some 700 million light-years from Earth. It’s the central galaxy of the Abell 85 galaxy cluster. In contrast to our Milky Way’s central black hole of about 4 million solar masses, the new record-holding central black hole in the galaxy Holm 15A is 40 billion times more massive than our sun.

Even though the central galaxy of the cluster Abell 85 has the enormous visible mass of about 2 trillion (1012) solar masses in stars, the center of the galaxy is extremely diffuse and faint. This is why a joint group of astronomers at MPE and the University Observatory Munich got interested in the galaxy.

This central diffuse region in the galaxy is almost as large as the Large Magellanic Cloud, and this was a suspicious clue for the presence of a black hole with a very high mass.

Astronomers measured and evaluated the light coming from this region, using the Wendelstein Observatory in in the Bavarian Alps. They also obtained spectrographic data using the Very Large Telescope in Chile. The work let the team perform a mass estimate that was based directly on the stellar motions around the core of the galaxy. Measuring the motions of stars around a central black hole gives you a direct measurement of the black hole’s mass. Astronomer Jens Thomas of MPE, who led the study, said:

But we already had some idea of the size of the black hole in this particular galaxy, so we tried it. 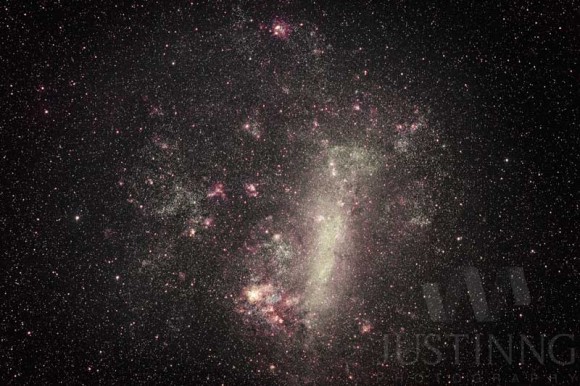 This is the Large Magellanic Cloud, a nearby satellite galaxy to our Milky Way. It’s about 14,000 light-years in diameter. The central region of the galaxy Holmberg 15A – where the new record-holding black hole resides – is nearly as large as this entire Magellanic Cloud. This beautiful image comes from astrophotographer Justin Ng of Singapore.

Bottom line: The mass of the new record-holding back hole – in the center of the galaxy Holmberg 15A, the central galaxy of the Abell 85 cluster – is 40 billion times more massive than our sun. That’s in contrast to our Milky Way’s central black hole at 4 million times our sun’s mass.

Source: A 40-billion solar mass black hole in the extreme core of Holm 15A, the central galaxy of Abell 85