Most calendars use Universal Time, or standard time on the Prime Meridian at Greenwich, London, UK. For the Americas, full moon was last night. But for Asia, it’s tonight! 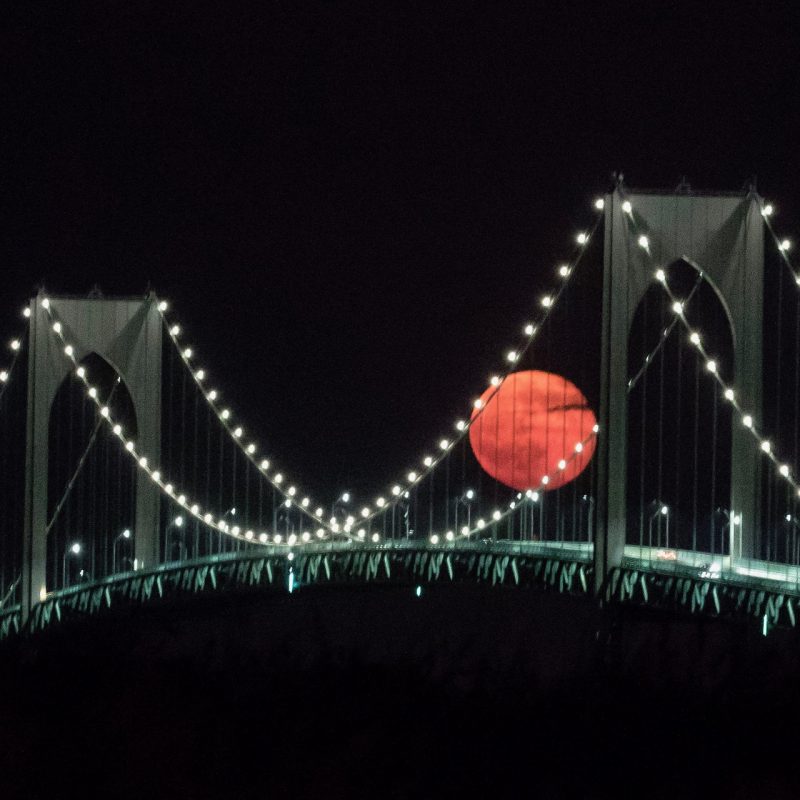 A lovely shot of the June 10, 2017 moon from Peter Ryan in East Greenwich, Rhode Island.

Image at top is a lovely shot of the June 10, 2017 moon from Peter Ryan in East Greenwich, Rhode Island. Notice the black sky behind the rising moon. That’s the sort of sky – a dark sky – you’re likely to see behind the July 9, 2017 rising full moon. Why dark? The reason is that, for many of us, full moon happened on July 8. For all of us, around the world, this full moon happens at the same instant worldwide, July 9 at 4:07 UTC. However, as with all full moons, our clock readings differ by time zone.

So, by the time you’re reading this post, the full moon instant likely will have already passed. Why the dark sky behind tonight’s rising moon then? As you might know, a full moon rises at sunset, when there’s still some twilight in the sky. A moon just past full rises after sunset, when the sky is turning dark. 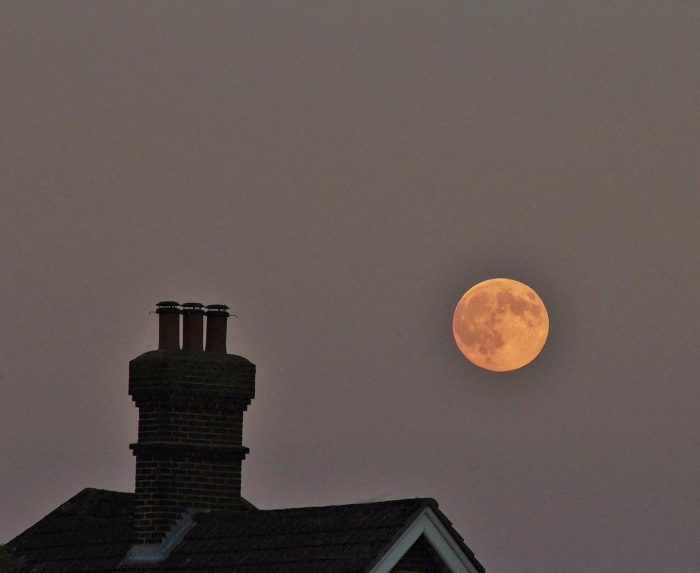 Last night’s moon – July 8, 2017, just hours before the crest of the moon’s full phase – rising over southern England, via Steve Pond. A nearly full moon rises in twilight. A day or so after full moon, you’ll see the moon rising in darkness. See more photos of last night’s moon.

No matter. The moon will look plenty full to the eye throughout the night on July 9, until after dawn July 10. The moon looks full to the eye for 2 to 3 days, but it’s astronomically full for only a fleeting moment – when it’s exactly 180o from the sun in ecliptic longitude.

Do you have an eagle eye? For future fun, try guessing when it’s full moon with the eye alone and click here to find out how close you are. Good luck! 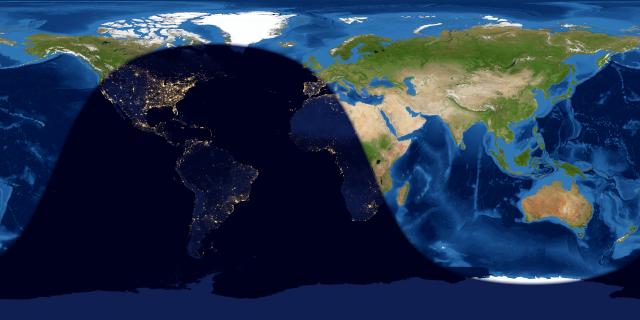 Day and night sides of Earth at the instant of full moon (2017 July 9 at 4:07 UTC). Note that the northern Arctic regions of the globe have 24 hours of sunlight whereas the southern Antarctic regions must endure 24 hours of darkness. Worldwide map via EarthView

Bottom line: Most calendars use Universal Time, or standard time on the Prime Meridian at Greenwich, London, UK. For the Americas, full moon was last night. But for Asia, it’s tonight! Still, from around the world on July 9, 2017 – except at far-northern Arctic latitudes – the moon will appear plenty full.