Evidence of diverse life forms dating back nearly a hundred thousand years has been found in subglacial lake sediments by a group of British scientists.

The possibility that extreme life forms might exist in the cold and dark lakes hidden kilometres beneath the Antarctic ice sheet has fascinated scientists for decades.

However, direct sampling of these lakes in the interior of Antarctica continues to present major technological challenges. Recognising this, scientists from the British Antarctic Survey (BAS), and the Universities of Northumbria and Edinburgh have been searching around the retreating margins of the ice sheet for subglacial lakes that are becoming exposed for the first time since they were buried more than 100,000 years ago. 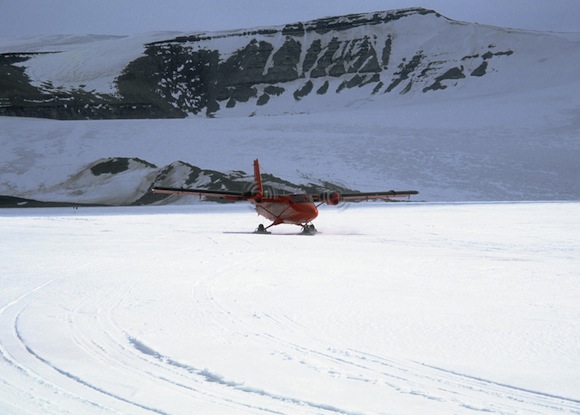 This is because parts of the ice sheet are melting and retreating at unprecedented rates as the temperature rises at the poles.
The group targeted Lake Hodgson on the Antarctic Peninsula which was covered by more than 400 m of ice at the end of the last Ice Age, but is now considered to be an emerging subglacial lake, with a thin covering of just 3–4 metres of ice.

Drilling through the ice they used clean coring techniques to delve into the sediments at the bottom of the lake which is 93 metres deep and approximately 1.5 km long by 1.5 km wide.

The lake was thought to be a harsh environment for any form of life but the layers of mud at the bottom of the lake represent a time capsule storing the DNA of the microbes which have lived there throughout the millennia. The top few centimetres of the core contained current and recent organisms which inhabit the lake but once the core reached 3.2 m deep the microbes found most likely date back nearly 100,000 years.
Lead author David Pearce, who was at BAS and is now at the University of Northumbria, says, 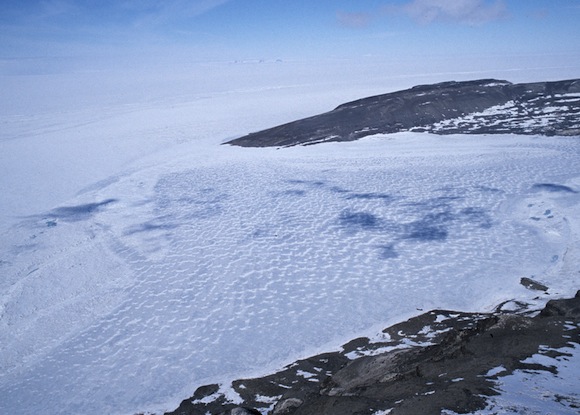 “What was surprising was the high biomass and diversity we found. This is the first time microbes have been identified living in the sediments of a subglacial Antarctic lake and indicates that life can exist and potentially thrive in environments we would consider too extreme.
“The fact these organisms have survived in such a unique environment could mean they have developed in unique ways which could lead to exciting discoveries for us. This is the early stage and we now need to do more work to further investigate these life forms.”

Some of the life discovered was in the form of Fossil DNA showing that many different types of bacteria live there, including a range of extremophiles which are species adapted to the most extreme environments. These use a variety of chemical methods to sustain life both with and without oxygen.

One DNA sequence was related to the most ancient organisms known on Earth and parts of the DNA in twenty three percent has not been previously described. Many of the species are likely to be new to science making clean exploration of the remote lakes isolated under the deeper parts of the ice sheet even more pressing.

Scientists believe organisms living in subglacial lakes could hold clues for how life might survive on other planets.

Late last year a British expedition to drill into Lake Ellsworth was called off after technical difficulties. A US expedition sampled a subglacial environment near the edge of the ice sheet but has yet to report its findings, and a Russian led project has sampled ice near the surface of a subglacial lake and has reported finding signs of life.

The paper, Preliminary Analysis of Life within a Former Subglacial Lake Sediment in Antarctica has been published online in the Journal ‘Diversity’ as part of a special issue on Microbial Ecology and Diversity.