This date in science: Daguerreotype photography made public

On January 9, 1839, the French Academy of Sciences announced Louis-Jacques-Mandé Daguerre’s daguerreotype photography process to the world. 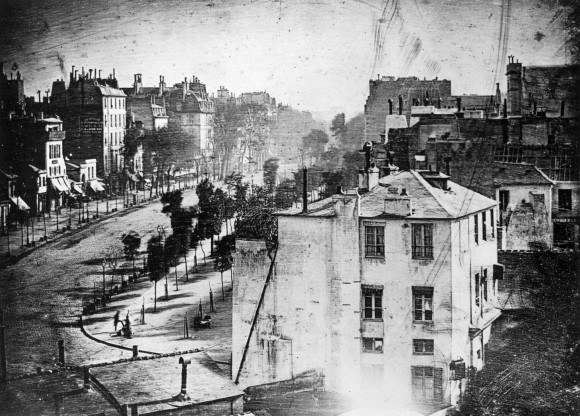 View larger. | Louis-Jacques-Mandé Daguerre took this daguerreotype image of Paris’ busy Boulevard du Temple street in 1838. The long exposure time blurred out most of the activity, but you can see a person getting their shoes shined at bottom left. Image via Wikimedia Commons

Exposure times for early daguerreotypes were typically about 10 minutes, with pictures taken on a sheet of copper that had a coat of silver halide on top. After exposing the sheet to heat, the plate would be treated with substances to bring out the image.

Although painfully slow by today’s standards, the relatively rapid processing time made commercial photography a viable business for the first time. Reports indicate it took only about half an hour to develop images. It used to take hours before that.