We’re at home. How about you? But we just discovered these virtual tours, galleries and live webcams from around the world, which we wanted to share. Stay home, and have some virtual fun … 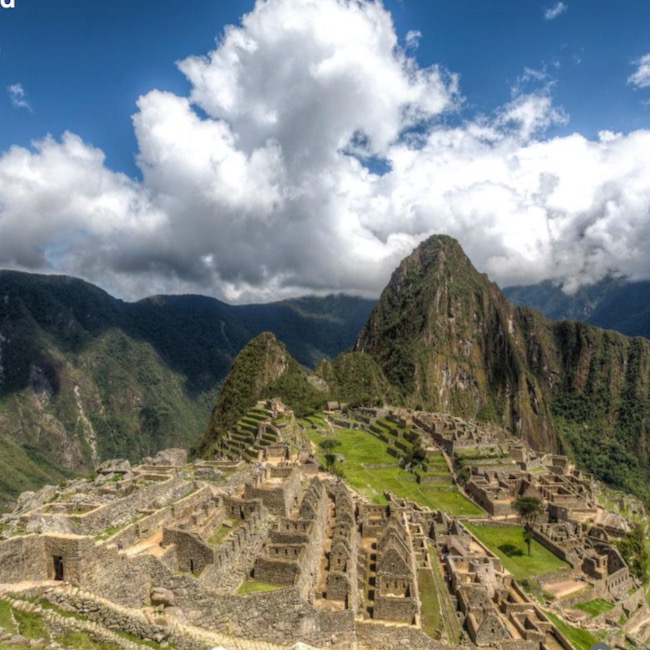 Explore the world online, for example, Machu Picchu in Peru …

Many of Earth’s most iconic landmarks are currently closed to the public due to the ongoing coronavirus pandemic. But maybe you have some time on your hands? If so, you can start exploring Earth online. Let’s go to the U.K. and Europe first … then some sites in Africa and India … then South America. Thanks to David Callejas of Float On Boat Rentals in Austin, TX for putting this together for us! Visit Float On for all of your Lake Travis boat rentals and Lake Austin boat rental needs.

Start your virtual explorations in the U.K., with a tour of Buckingham Palace, official home of British sovereigns since 1837. When you’re finished, hop over to Windsor Castle, where the Queen and Prince Phillip are said to be currently self-isolating. Before leaving England, make sure to make a quick virtual stop at Stonehenge, a prehistoric monument in Wiltshire.

Next, fly on over to France for a firsthand virtual view of the Eiffel Tower and the Musée du Louvre, world’s largest art museum,

Now try Italy. You might start with these virtual photos of the Colosseum in Rome. The Vatican gives you an up close look into the Sistine Chapel, Raphael’s Rooms and a few other areas with 360-degree cameras. The Royal Palace of Caserta in southern Italy is one of the largest palaces erected in Europe during the 18th century.

Before leaving Europe make sure you drop into Ireland where you can enjoy a virtual tour of the Jameson distillery in Midleton, and explore Blarney Castle, a medieval stronghold near Cork, Ireland.

Now … Africa. Africam has multiple live cameras for viewing elephants, lions, and leopards in the wild! Explore various highlights, or even tune into Africam’s LIVE feature to see what you can spot. Now how about a quick trip to the Giza pyramid complex, also called the Giza Necropolis.

From there, try India. Pay a visit to the crown jewel of India, the Taj Mahal. This monument is recognizable to people around the world because of its symmetry, white marble, and the love story that brought it to life.

Ready to travel? Machu Picchu in Peru offers a voice-guided virtual tour that gives you 360 views from various vantage points at this amazing landmark.

Or go to Brazil. Visit the Sanctuary of Christ the Redeemer. You can look over the city of Rio de Janeiro, or walk around zooming in and out. Very beautiful.

Want more? EarthTV has live webcams from around the entire world! Check out the Sydney Opera House, Athens Acropolis, Venice, Prague, New York, and many many more. It’s cool, fun and eerie at the same time to get lost in this world of webcams, and to witness the historic limited activity around the world right now.

Bottom line: Virtual tours, galleries and live webcams from around the world. Start exploring! Know a great site that we missed? Share it via the Comments section of this post. Thanks, everybody!