Witnesses from Southern California to Reno, Nevada reportedly “went into a tizzy” when they spotted a bright, blue-green, mysterious, long-lasting light in the sky on Saturday evening (November 7, 2015).

The light reportedly movied from south to north over a period of five minutes or more. Many saw it, as it sailed across the sky around 6 p.m. PST (8 p.m. CST). Translate to your time zone.

Later, the light was found to be an unarmed Trident missile test-fired by the U.S. Navy, from a submarine off the coast of Southern California.

People have been freaking out about this 'UFO' over LA https://t.co/9NalbVH1eS pic.twitter.com/6GFGtiHLWs

Light seen in OC sky was confirmed through JWA tower to be a Naval test fire off the coast. 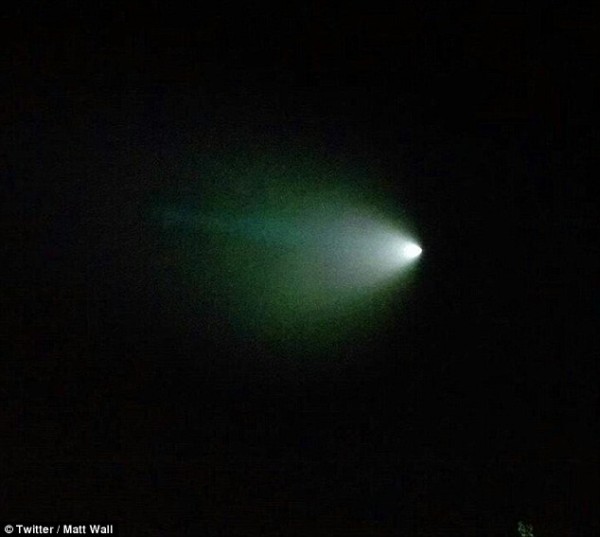 Bottom line: The mysterious light was seen over Los Angeles and in various western states on Saturday night – November 7, 2015 – was confirmed to be an unarmed Naval test fire off the California coast.

Thank you! Your submission has been received!
Oops! Something went wrong while submitting the form.
END_OF_DOCUMENT_TOKEN_TO_BE_REPLACED

Venus brightest for 2021 around December 3