The 2017 Nobel prize for physics was awarded to scientists who helped pioneer the discovery of ripples in the fabric of spacetime, known as gravitational waves. 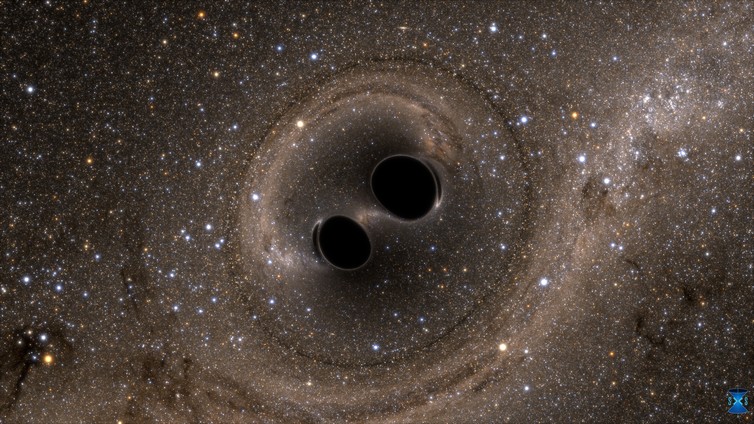 Artist’s concept of the collision of two black holes, an event predicted theoretically to produce gravitational waves. And indeed these elusive waves were detected – for the first time ever – by the Laser Interferometer Gravitational-Wave Observatory (LIGO). Image via The SXS (Simulating eXtreme Spacetimes) Project

The 2017 Nobel prize for physics, awarded overnight in Sweden by the Royal Swedish Academy of Sciences, began with a discussion 42 years ago between two scientists in a hotel room in Washington DC.

Kip Thorne, a theoretical physicist from Caltech, and Rainer (Rai) Weiss, an experimentalist from MIT, debated what would have seemed to most physicists like a far-fetched, borderline crazy idea: the detection of ripples in the fabric of spacetime called gravitational waves.

But the two young men were serious. Weiss had written a detailed technical paper outlining a proposal for an experiment that would go on become LIGO (the Laser Interferometer Gravitational-wave Observatory).

Thorne, meanwhile, had thought a lot about potential sources of gravitational waves and had developed a deep appreciation of just how much their detection would tell us about exotic astrophysical objects such as black holes and neutron stars.

A great collaboration was forged that night. And it was soon strengthened by Ronald Drever, a brilliant experimental physicist who joined the faculty at Caltech. The three came from very different cultural backgrounds.

Thorne grew up in a Mormon family in the US state of Utah. Weiss was born in Berlin, Germany, and when he was a child, his half-Jewish family escaped the Nazis by first moving to Prague and then fleeing Czechoslovakia just before it was invaded. Drever hailed from Glasgow, in Scotland, and had a thick Scottish accent. 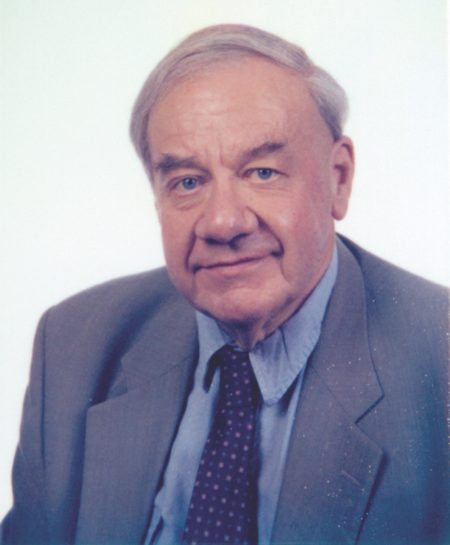 They were united by their passion to “hear” the universe with gravitational waves.

Gravitational waves are emitted from some of the universe’s most catastrophic events such as exploding stars and colliding black holes. Every source emits gravitational waves differently. For sources detectable by LIGO, these waves have the same frequencies as the sound waves we can hear.

By studying the precise “sound” of a gravitational wave, it is possible to reconstruct the event that created it. They offer a unique window on the universe, allowing us to probe black holes and other extreme objects.

Together, they developed the ideas behind LIGO, obtained the support of Caltech and MIT, and secured research funding from the US National Science Foundation. Most importantly, they inspired two generations of physicists around the world to devote their lives to the quest for gravitational waves.

The chirp heard round the world

It took many years of dedicated teamwork to realise the vision of LIGO. The laboratory took shape under the leadership of experimental physicist Barry Barish, now an emeritus professor at Caltech.

He created the LIGO Scientific Collaboration, an international team now numbering more than 1,000 scientists working on all aspects of LIGO science and technology, from laser physics to data analysis algorithms to astrophysics.

Australia was an early international partner in the consortium, and Australian scientists made important contributions to LIGO instrumentation, theoretical modelling and data analysis.

The instrument was so complex that it had to be built in two stages. The first stage of LIGO operated through the 2000s, demonstrating the technology that would be needed to detect gravitational waves. Not until the second stage, Advanced LIGO, was the equipment sensitive enough to detect the gravitational waves themselves.

The newly refurbished Advanced LIGO was ready to go in late 2015. Then, on September 14 that year, days after Advanced LIGO was switched on, a burst of gravitational waves shook the mirrors used to monitor the curvature of spacetime by a distance of about one-thousandth of the size of a proton.

While this seems unimaginably small, LIGO is an instrument of unimaginable sensitivity. Even without the aid of a computer algorithm, scientists could see in the data the telltale signature of a merging pair of black holes, each 30 times more massive than the Sun.

They could also “hear” it: the gravitational-wave signal of LIGO’s black hole merger, converted into audio, makes a characteristic chirping sound.

When news of the discovery broke, science enthusiasts took to social media to celebrate with their own renditions.

By the time of the first announcement, Ron Drever was in a nursing home back in Scotland, sick with dementia. Nonetheless he was cognisant of the LIGO discovery, and was able to enjoy Kip Thorne’s visit sharing memories of LIGO’s early days. Ron Drever died in March this year.

This year’s prize, to Rainer Weiss, Barry Barish and Kip Thorne, “for decisive contributions to the LIGO detector and the observation of gravitational waves”, continues the Nobel tradition of honouring astronomical discoveries of extreme phenomena in which Einstein’s general relativity plays a major role.

One of us (Levin), was fortunate to carry out dissertation research under Kip Thorne’s supervision. As much as he must be savouring this great Nobel honour, we’re certain that the feeling pales in comparison to the moment he set eyes on LIGO’s detection data for the first time.

A century after Albert Einstein’s prediction, and after a lifetime of searching, there it was: the gravitational waves from two ill-fated black holes.

A new era in astronomy

The discovery is a milestone in 21st-century science. While the detection of gravitational waves confirmed Einstein’s theory, it also marked the beginning of a new way of gazing up at the heavens: gravitational-wave astronomy.

Since the first detection, the collaboration has published on detections from more black holes, and is yet to publish all of the exciting results from the second advanced LIGO observation run that finished in late August.

Read more: Expect the unexpected from the big-data boom in radio astronomy

For the latest published discovery, the two LIGO instruments were joined by another experiment in Italy called Virgo. This allowed for a far better understanding of the direction to the colliding black holes, forging the way for conventional telescopes to try to catch a glimpse of these violent events.

With LIGO and other detectors, we can explore Einstein’s hidden universe. But for all the gravitational waves we anticipate, the most exciting prospect to us is that we might see something that no one has predicted. So watch this space.