The global nature of science – and challenge of global communications – will bring together university students in Indonesia, Japan and elsewhere across the world during a 2016 solar eclipse. 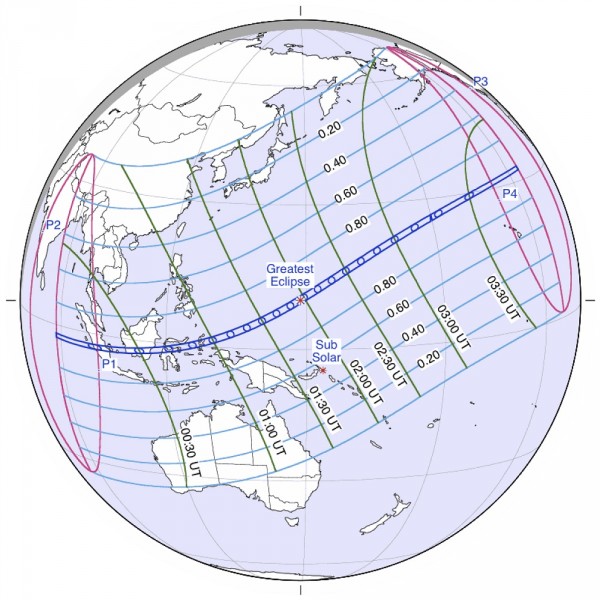 By Graham Jones of www.tensentences.com

Science is one of the few things in the world that truly transcends national borders. November, 2015, for example, marked 15 years of continuous human habitation aboard the International Space Station (ISS), the orbiting laboratory operated by five space agencies. Yet cross-border communication is never without its difficulties. Julie Robinson, NASA’s chief scientist for the ISS, tells the story about the time JAXA, the Japanese space agency, asked NASA to collaborate on a piece of equipment. The Americans thought that the Japanese wanted to collaborate on building the equipment; they went back with some questions. At one point in the discussion, NASA suddenly realized that JAXA didn’t want help building it. It was already built. JAXA had actually been asking if NASA wanted to collaborate on using the equipment. Dr Robinson commented:

The thing is, the discussion had been going on for two years before anyone realized.

The global nature of science, plus the challenge of global communication, are two central ideas behind a project organized by tensentences.com that will bring together university students in Indonesia and Japan – and elsewhere in the world – in 2016. A series of Global Communication and Science workshops will help students of all subjects improve their English-language skills, and gain a deeper appreciation of the wonders of science. The project will also connect Indonesian and Japanese students online for a series of cross-border team-working activities.

The theme of the workshops is the forthcoming solar eclipse of March 8-9 2016, which will be a partial eclipse in large areas of East Asia, South-East Asia, Australia and Hawaii, and a total eclipse along a narrow path of totality running across the Indonesian islands of Sumatra, Kalimantan, Sulawesi and North Maluku. (Note: in Hawaii, the partial eclipse will take place during the two hours before sunset on March 8, while in Asia it’ll be March 9)

A solar eclipse – which, generally speaking, happens somewhere in the world two or three times a year – is one of the most spectacular things in science. It is a unique and powerful teachable moment; it is, literally, a stellar opportunity to educate and inspire.

The host university in Indonesia is Tadulako University in Palu, Central Sulawesi, which will experience two minutes of totality. Marsetyo Marsetyo, the head of the university’s international office, said:

More than 3,000 scientists from around the world will be coming to Palu to observe the eclipse.

For two minutes on the morning of March 9, 2016, Palu will be the center of the scientific world. So this really is a golden opportunity for our students to think about global communication and science.

Garuda Indonesia, the national airline of Indonesia, is sponsoring the workshops as part of its community development program. Fikdanel Thaufik, the airline’s vice-president for Japan, Korea and the U.S. said:

Education is a key part of our commitment to corporate social responsibility.

We are delighted to be supporting this project, which will build bridges between students in Indonesia and Japan, and help students to become more effective global citizens.

The workshops will be a mixture of science, astronomy and language activities, including script read-throughs of science-fiction movies.

An online part of the program, which will give students the opportunity to collaborate in cross-border groups, will also involve universities that are preparing for eclipses beyond March 9, 2015. These include the University of Mahajanga in Madagascar – an island off the southeast coast of Africa – where students will witness two-and-a-half minutes of annularity during an annular eclipse on September 1, 2016.

Looking even further ahead, 2017 will bring two solar eclipses. One is the annular eclipse of February 26, 2017, across parts of Chile, Argentina, Angola, Zambia and the Congo. Then there is what some are calling the Great American Eclipse of August 21, 2017, where the path of totality will run coast to coast from Oregon to South Carolina.

If your school, college or university is interested in joining the Global Communication and Science project, please contact us at www.tensentences.com. 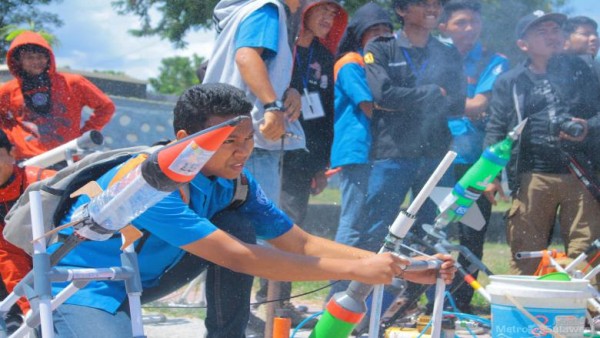 A science competition held at Tadulako University earlier this year. Indonesia – the fourth most populous country in the world – is keen to propel itself forward within international science. Image via Mawan Kurniawan/ Metro Sulawesi/ Graham Jones.

Bottom line: Tadulako University and Garuda Indonesia are helping to support a series of English-language workshops in Indonesia and Japan to mark the solar eclipse of March 9, 2016.