Did early humans in Africa interbreed with a mysterious, extinct species?

New research suggests that early humans in Africa interbred with a ghost population that likely split from the ancestors of humans and Neanderthals between 360,000 and 1.02 million years ago. 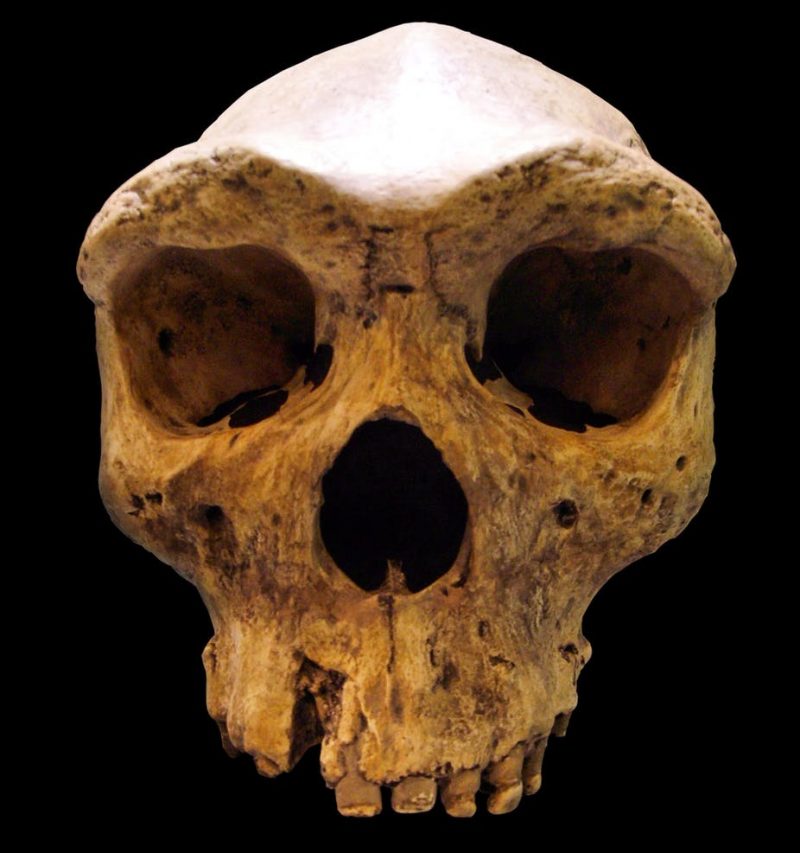 Homo rhodesiensis is an example of an archaic human. Image via Wikipedia/ The Conversation.

By George Busby, University of Oxford

One of the more startling discoveries arising from genomic sequencing of ancient hominin DNA is the realization that all humans outside Africa have traces of DNA in their genomes that do not belong to our own species.

The approximately six billion people on Earth whose recent ancestry is not from Africa will have inherited between 1% and 2% of their genome from our closest but now extinct relatives: the Neanderthals. East Asians and Oceanians have also inherited a small amount of ancestry from the Denisovans, another close relative of Homo Sapiens.

Now a new study, published in Science Advances, suggests that early humans living inside Africa may also have interbred with archaic hominins. These are extinct species that are related to Homo sapiens.

The interbreeding outside Africa happened after our Homo sapiens ancestors expanded out of Africa into new environments. It was there they had sex with Neanderthals and the related Denisovans.

This led to new discoveries. Early genetic studies of people from across the globe had previously suggested that our current distribution was the result of a single expansion out of Africa around 100,000 years ago. But the identification of Neanderthal and Denisovan ancestry in modern Eurasians complicated things. 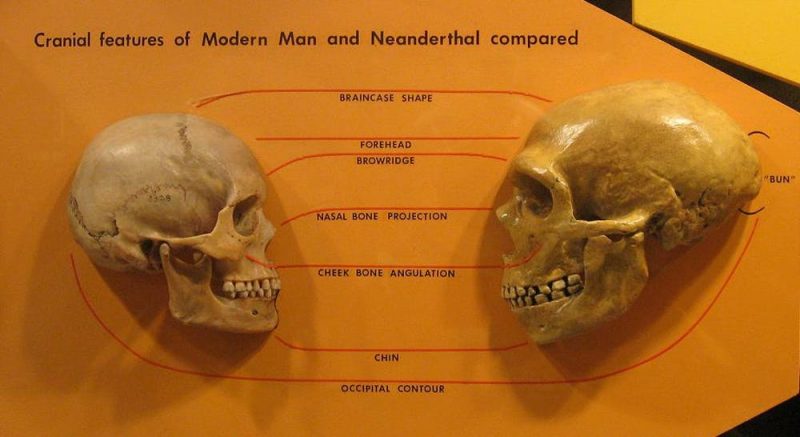 Homo sapiens versus Neanderthals. Image via Wikipedia/ The Conversation.

We still think that most – anywhere between about 92% and 98.5% – of the ancestry in people not living in Africa today does indeed derive from the out-of-Africa expansion. But we now know the remainder came from archaic species whose ancestors left Africa hundreds of thousands of years before that.

What was happening inside Africa?

Insights into interbreeding have been driven by the much greater availability of modern and ancient genomes from outside of Africa. That’s because the cold and dry environments of Eurasia are much better at preserving DNA that the wet heat of tropical Africa.

But our understanding of the relationship between ancient human ancestors within Africa, and their connection with archaic humans, is beginning to deepen. A 2017 study of ancient DNA from southern Africa investigated 16 ancient genomes from people alive over the last 10,000 years. This showed that the history of African populations was complex. There wasn’t just a single group of humans around in Africa when they expanded out 100,000 years ago.

It’s a result that was supported earlier this year by a paper examining ancient DNA from four individuals from what is now Cameroon. Taken together, this research suggests there were geographically diverse groups in Africa well before the main expansion out of the continent. And many of these groups will have contributed to the ancestry of people alive in Africa today.

In addition, it now appears that there was potentially gene-flow into ancient African Homo sapiens populations from an archaic ancestor. One way in which this could happen is for people to expand out of Africa, have sex with Neanderthals, and then migrate back into Africa. Indeed, this has been demonstrated in one recent study.

The new paper provides evidence that there may also have been gene-flow into the ancestors of West Africans directly from a mysterious archaic hominin. The researchers compared Neanderthal and Denisovan DNA with that from four contemporary populations from West Africa. Using some elegant mathematics, they then built a statistical model to explain the relationships between the archaic hominins and modern Africans.

Interestingly, they suggest that 6%-7% of the genomes of West Africans is archaic in origin. But this archaic ancestry wasn’t Neanderthal or Denisovan. Their model suggested the additional ancestry came from an archaic population for which we don’t currently have a genome.

This ghost population likely split from the ancestors of humans and Neanderthals between 360,000 and 1.02 million years ago. That was well before the gene-flow event that brought Neanderthal DNA back into West Africa around 43,000 years ago – although the value of this could be anywhere between 0 and 124,000 years ago.

These dates position this ghost species as something akin to a Neanderthal, but that presumably was present within Africa, during the last 100,000 years. An alternative explanation is that the archaic hominin was present outside of Africa and interbred with populations there before they migrated back in.

Despite a raft of analyses that show that this result is not an artifact of either their methodology or some other genetic process, the authors are cautious about this result. They call for further analysis of both contemporary and ancient DNA from diverse populations in Africa.

Nevertheless, this research contributes to the ever-growing canon of research demonstrating the promiscuous, species-crossing and complicated behaviors of the ancestors of all of us.

Bottom line: New research suggests that early humans in Africa interbred with a ghost population that likely split from ancestors of humans and Neanderthals.