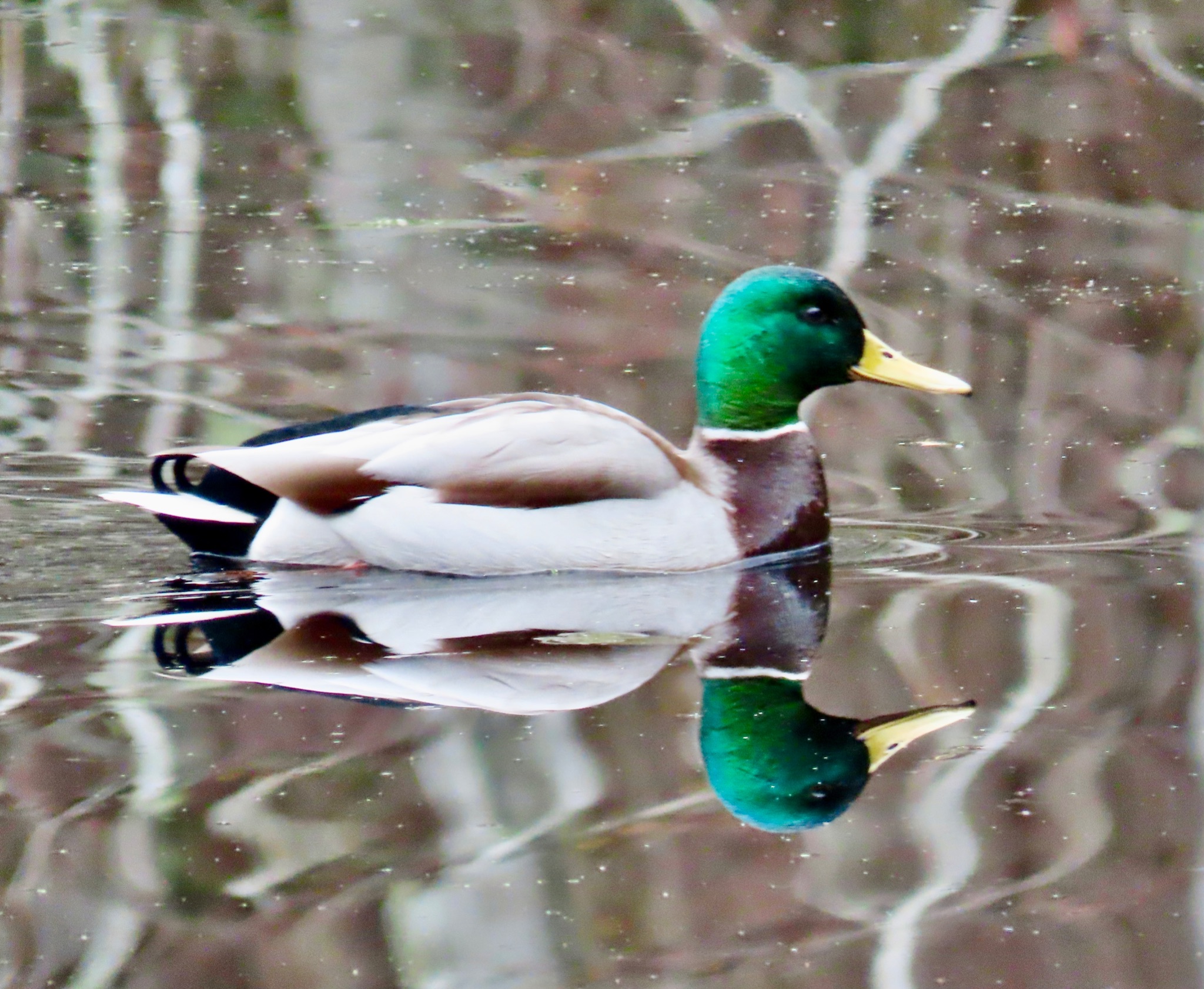 I had taken my best camera to our local nature reserve in hopes of seeing the immature coyote who has hunted right in front of me several times recently. But I got distracted by a deer, a squirrel, a great blue heron, and a large pile of black bear scat. At the largest pond, I came upon several species of duck feeding, including a pair of mallards. The air was cold and crisp, and it was a very overcast day. I was surprised when I arrived home, downloaded my photos, and discovered these wavy tree reflections, seemingly celebrating this male mallard's beautiful mirrored image on the water's surface. I was not disappointed by the young coyote's absence in his hunting fields farther along the path; there were many other living gems for which I was grateful.