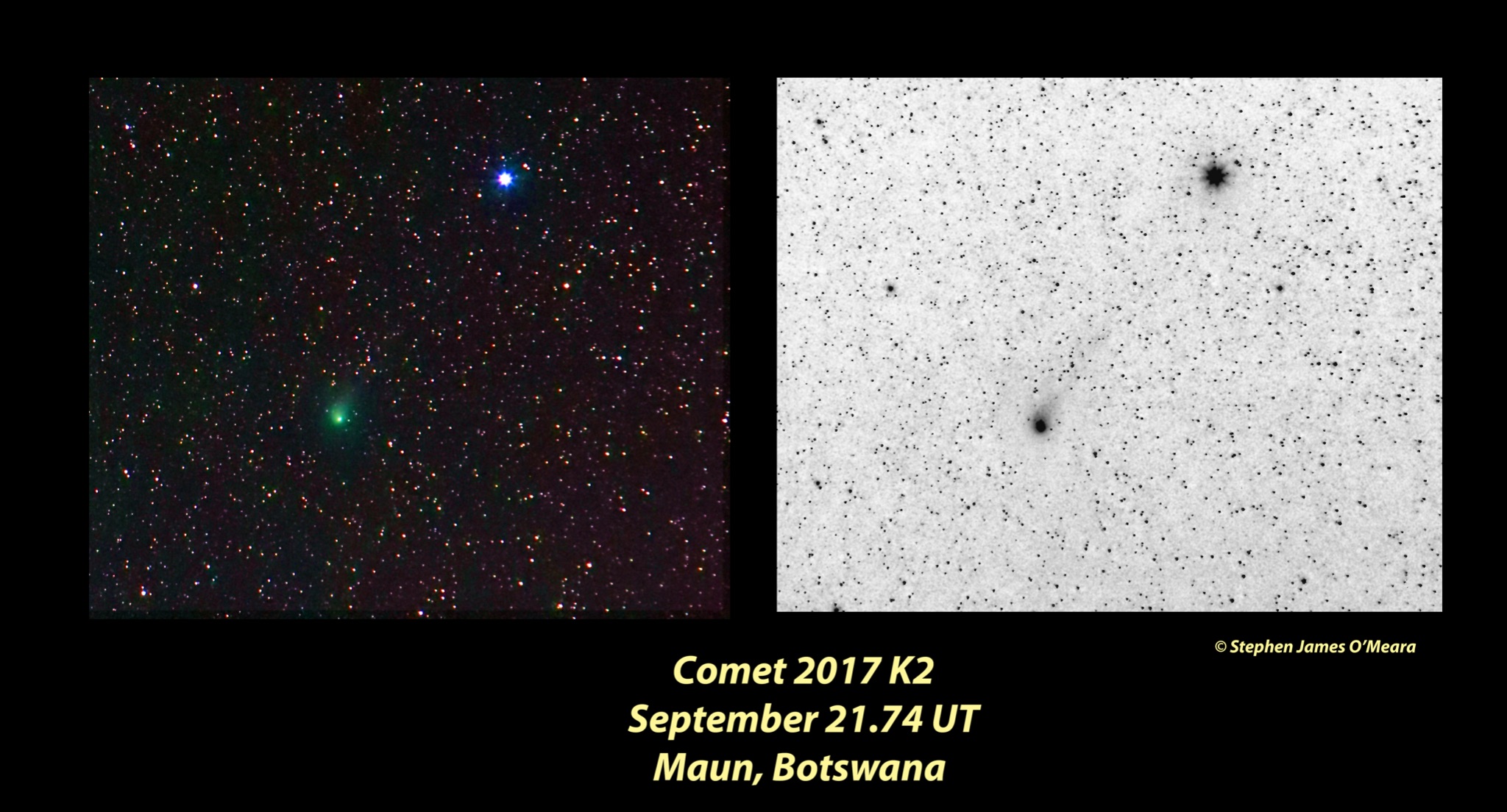 For those at mid-northern latitudes who might be interested in seeing how Comet 2017 K2 (PanSTARRS) is holding up in the southern skies, the image here shows the comet on September 21.74 UT, holding steady at magnitude 8.7; it's a cropped image of a guided 200-mm lens (EFL 320-mm) field. The negative image brings out the comet's tail which is becoming slightly more visible through small apertures. The tail should appear longer as the comet nears the Sun in the coming months, and the Earth-comet geometry gradually becomes more broadside; but anything can happen with comets. The bright star at top is 4th-magnitude Rho Scorpii.