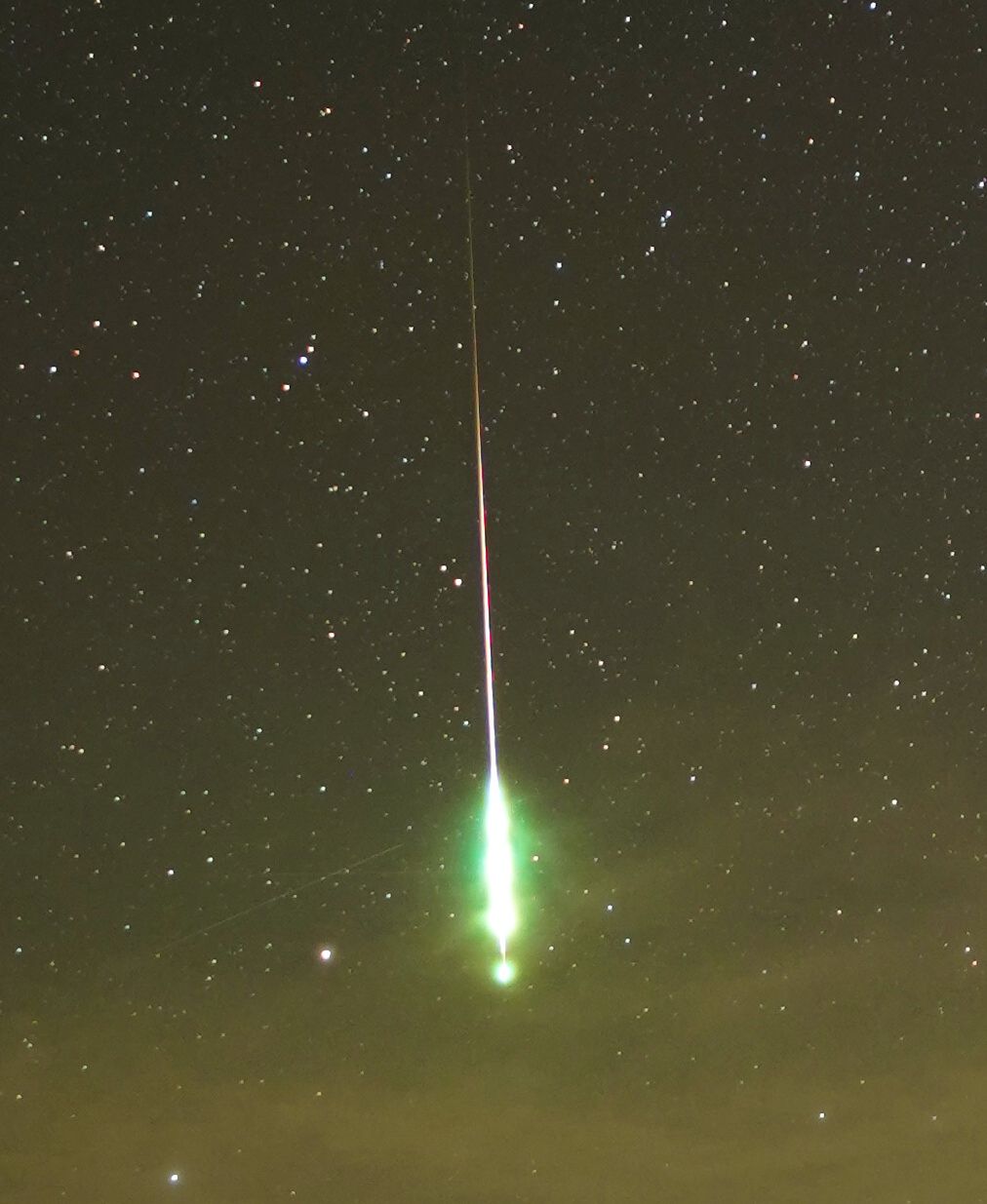 Cropped and color adjusted in Lightroom

[A close-up crop of an image I posted earlier today.]
Not a Perseid. This bright meteor burned over the Catskill Mountains last night just after midnight. We're nearing the peak of the famous Perseid meteor shower, but this isn't one of them. This shot looks north-northwest, and Perseus at this hour was off to the right, low in the northeast. I think this might be an Alpha Capricornid meteor. That radiant was nearly due south, though a straight line could be drawn from it to the meteor's path. The Alpha Capricornids peaked on July 31 but this is an impressive straggler.