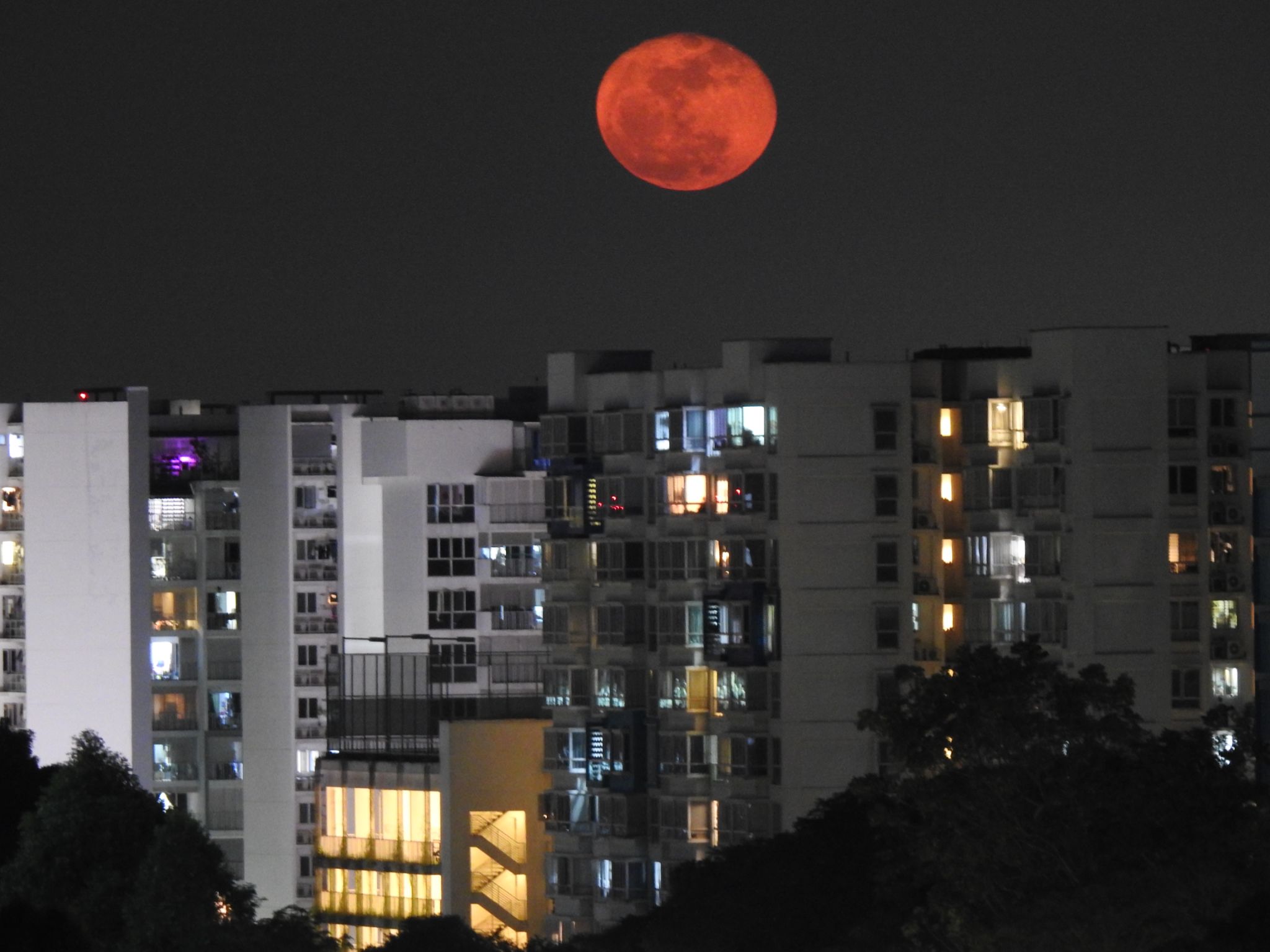 The waning gibbous moon seen here 2 days after the largest Supermoon of the Year rising from the East. During this phase, the moon is an odd shape and reddish in colour during its rise.The moon is fully in Earth's shadow. At the same time, a little bit of light from Earth's sunrises and sunsets (on the disk of the planet) falls on the surface of the moon. Because the light waves are stretched out, they look red. When this red light strikes the moon's surface, it also appears red. And also during this phase the moon's mare and craters are more clear when it is shot in close range.