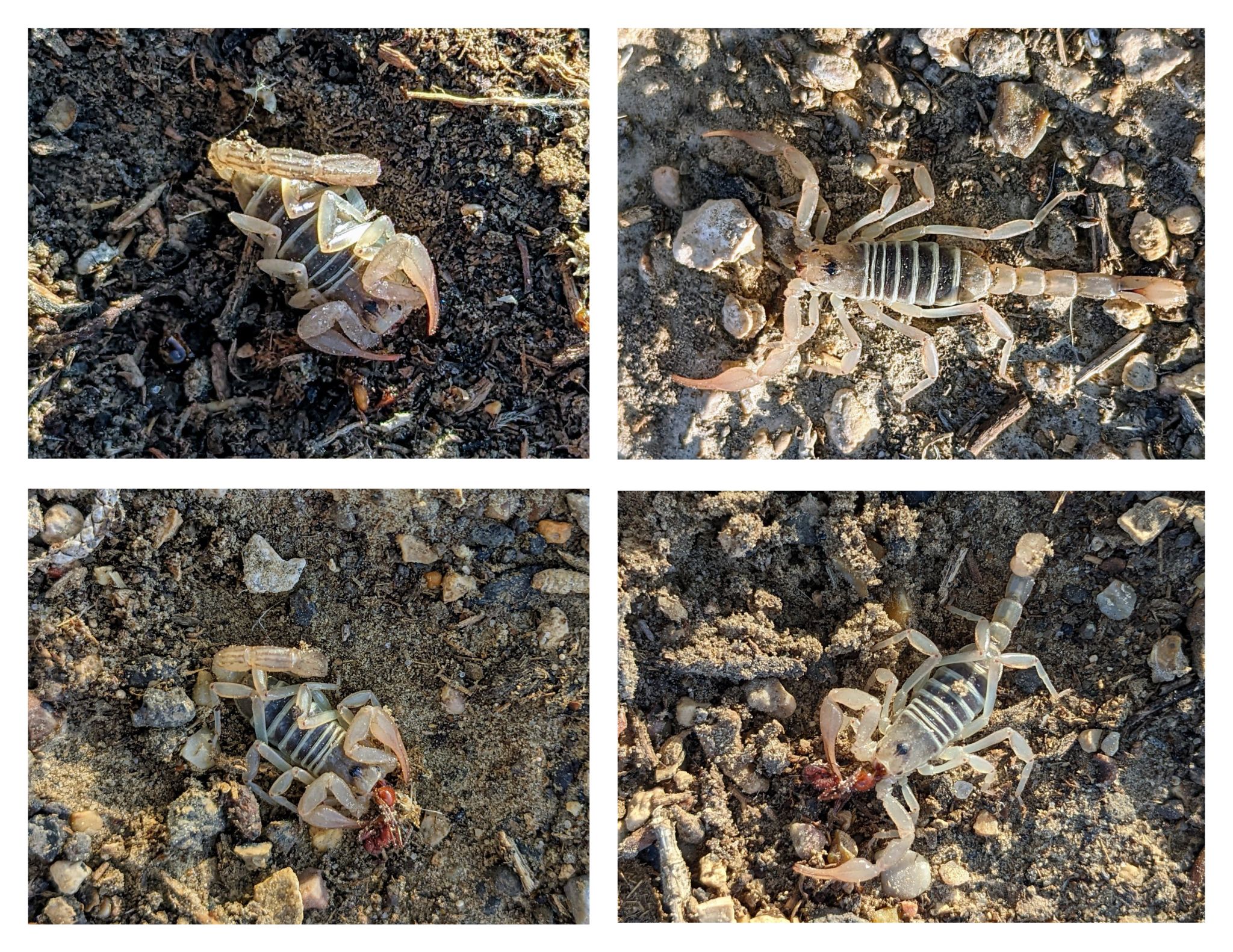 There are three specimens of Beck's Desert Scorpion in the collage with the bottom two images being the same arachnid. Last year during my first attempts at astrophotography in this dark sky desert, I set up camp and wanted to move some of the open range grazing cow's pies away from my tent and cameras setup locations.
At first, I didn't even notice anything being stirred up with the relocated cow pies until I looked down and saw "bugs" scuttling about.

Well, they weren't "bugs" at all...but were Scorpions! Yikes! Nearly every cow pie hosted a scorpion underneath it. I then scanned the campsite and noted dozens upon dozens of said pies.

Utah has 12 species of scorpion with only one being much more toxic than the others and luckily is found farther south than my campsite. This species as most are nocturnal and sleep during the day under rocks, logs, debris....and ....cow pies. This species is Beck's Desert Scorpion (Paruroctonus becki) by my diagnosis.

So last weekend after the star shooting session the next morning I flipped a few pies and was rewarded with these beauties, one of which was snoozing with a meal in hand. Another had leftovers and remnants of Harvester ants surrounding it. I left that one to continue sleeping. They are quite small, about the size of half of a pinky finger. Apparently, hobbyists and scientists hunt these critters at night as they glow purple under a black light source.

During my astrophotography sessions, I would just do a Jedi mind trick on myself by waving my hand in front of my face, saying " There are no scorpions in this campsite, carry on." lol!