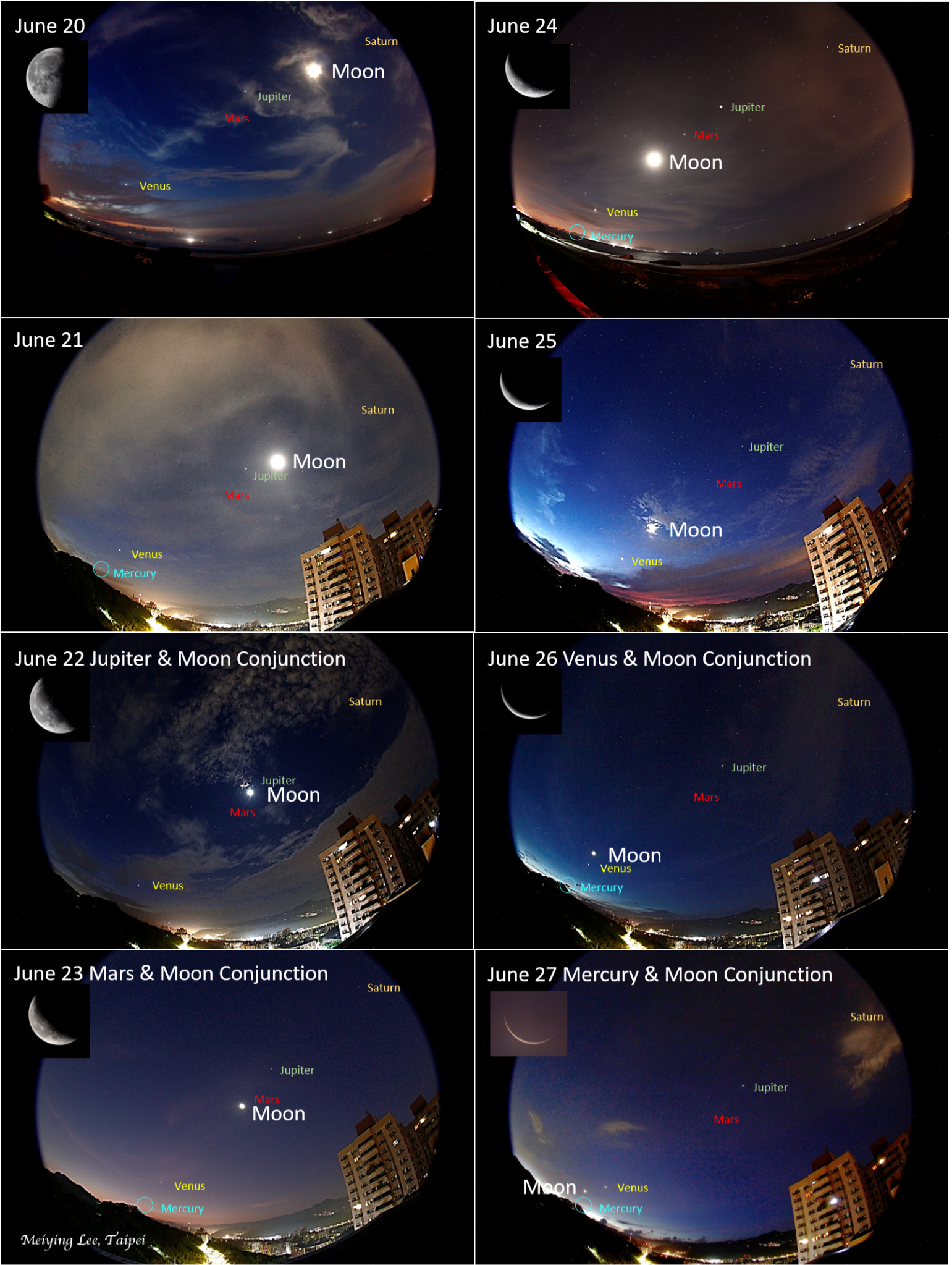 Use PowerPoint to put together everyday photos.

During the June planetary season, five planets visible to the naked eye - Mercury, Venus, Mars, Jupiter and Saturn - line up in the sky from east to south each morning. Since the positions of the planets are similar every day, why do people get up early every day to observe them? The answer is the earth's satellite - the moon! Because the moon rises about 48 minutes later each day, its position changes every day, and the shape of the moon gets thinner and thinner. Therefore, if you observe and shoot every day, you will find that the moon is a little thinner and moved a little to the east. On June 19, the moon will be next to Saturn. On June 22, the moon moves next to Jupiter. On June 23, the moon and Mars came very close. On June 26, the moon has come to the side of Venus. Today, June 27, the moon is already very close to Mercury, finally completing the monthly meeting between the moon and the planets. This is where the stars in the sky are fascinating, they look the same every day, and they change when you look closely!
A clearer single photo is here:https://www.facebook.com/100000090113736/posts/pfbid0SDjLwhfBnA54WKD2i8xBRG56rkZtMaiT5DH1Bf1iV2fiX8K5VfVMUykQWDs4uDwXl/?d=n