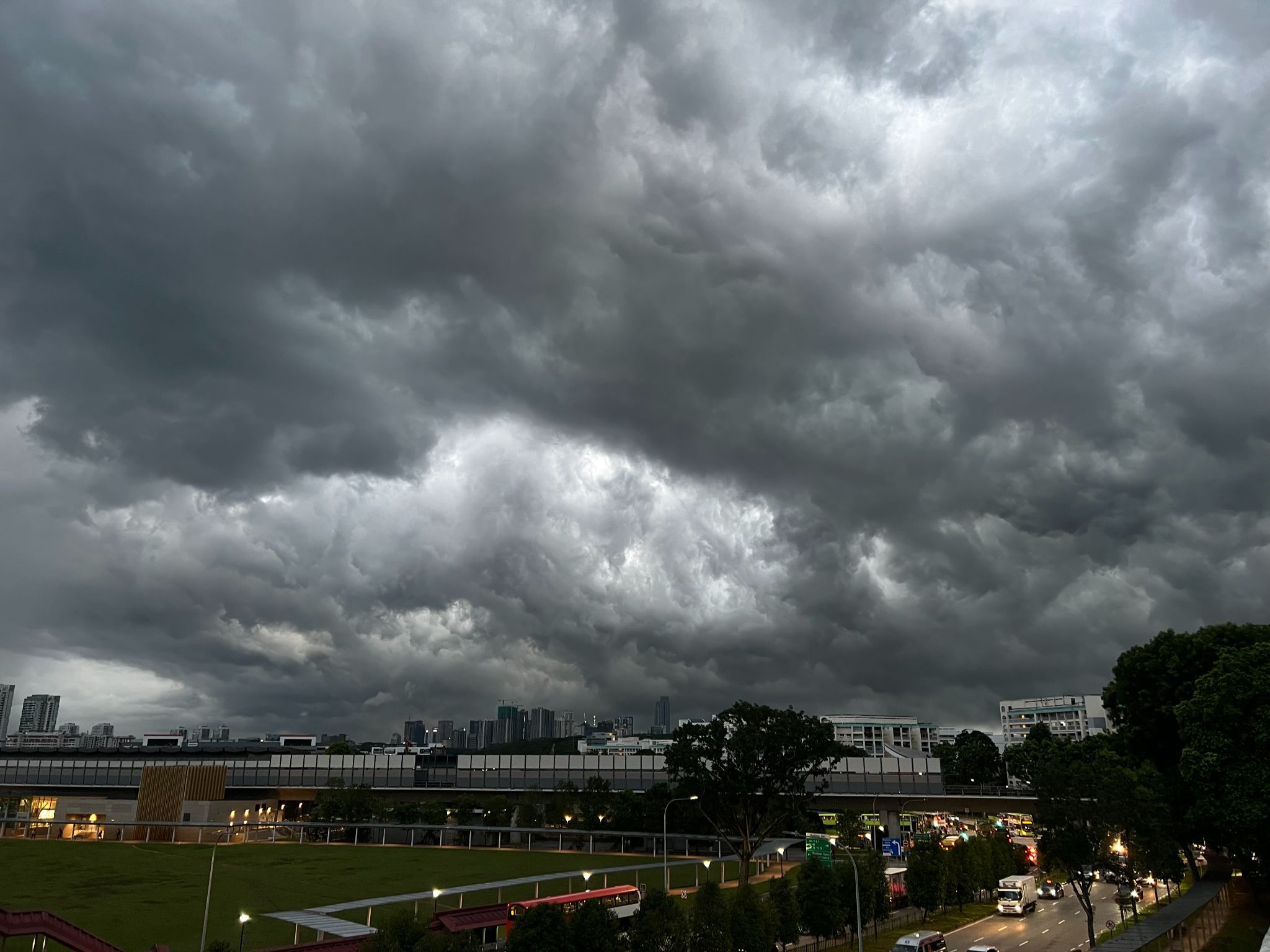 The storm clouds that had formed this morning here in the north of Singapore. What a surprise, it did not rain and within 30 minutes , the cloud had dissipated and it was sunny ! The formation was threatening for anyone to believe that it is going to be a heavy rain. But like the saying looks could be deceiving, how true ! In he middle of this picture are buildings in the southern state of Malaysia which is separated by a sea straits and linked to Singapore via a land bridge.