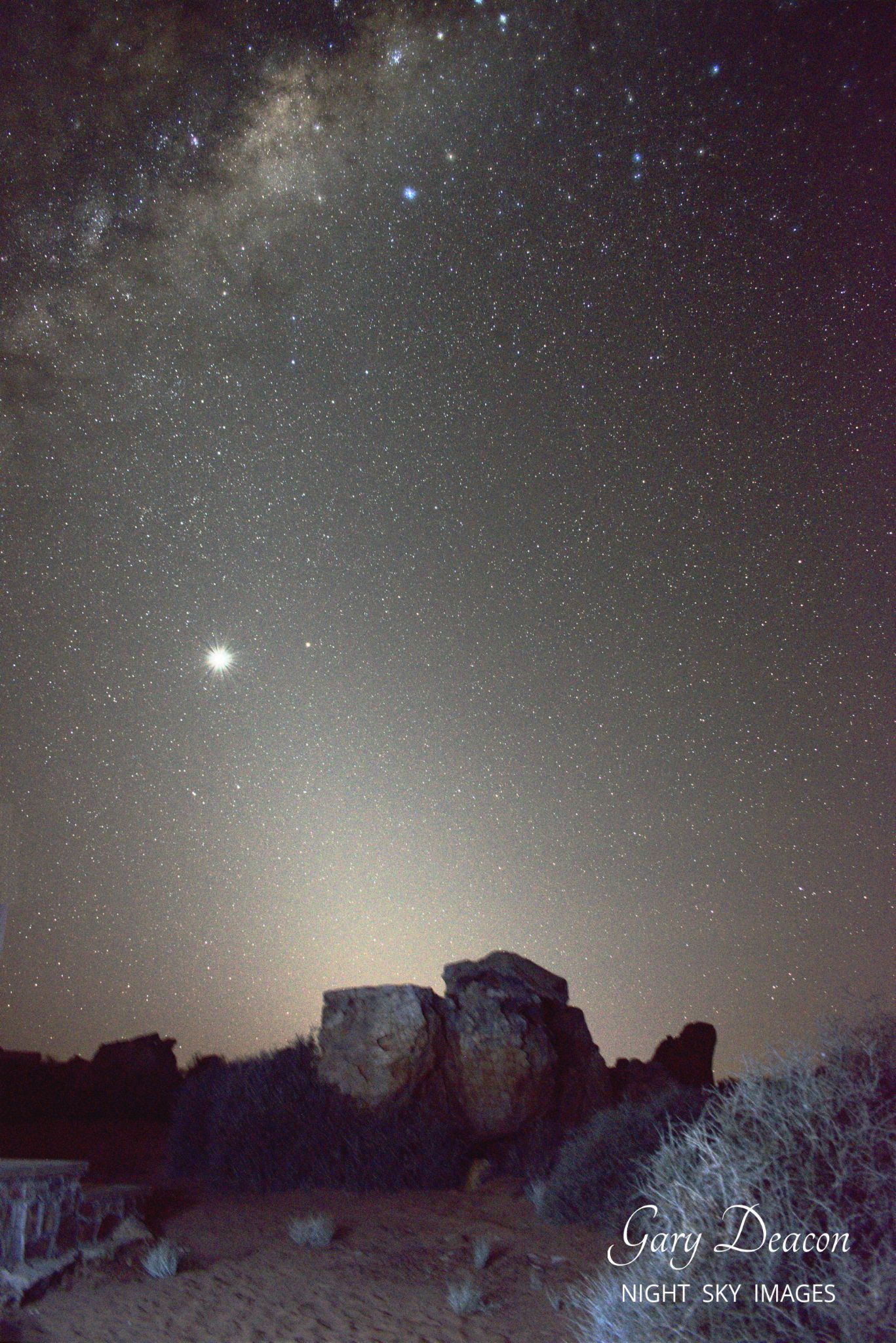 The Zodiacal Light including a portion of the Milky Way, Venus and Mars photographed at 03h06 UTC on the 3rd March 2022 from bortle one class skies above Kagga Kamma Nature Reserve, Cederberg.

Zodiacal light is a faint column of light which extends up from the horizon in the plane of the ecliptic (after dusk / before dawn) as a result of sunlight scattered by an interplanetary cloud of tiny dust particles orbiting the sun, and reflected toward Earth.

The dust particles were originally thought to be remnants of asteroids or comets that traveled through the inner solar system - new data from NASA's Juno mission to Jupiter suggests that the particles are ejected from Mars during global dust storms.