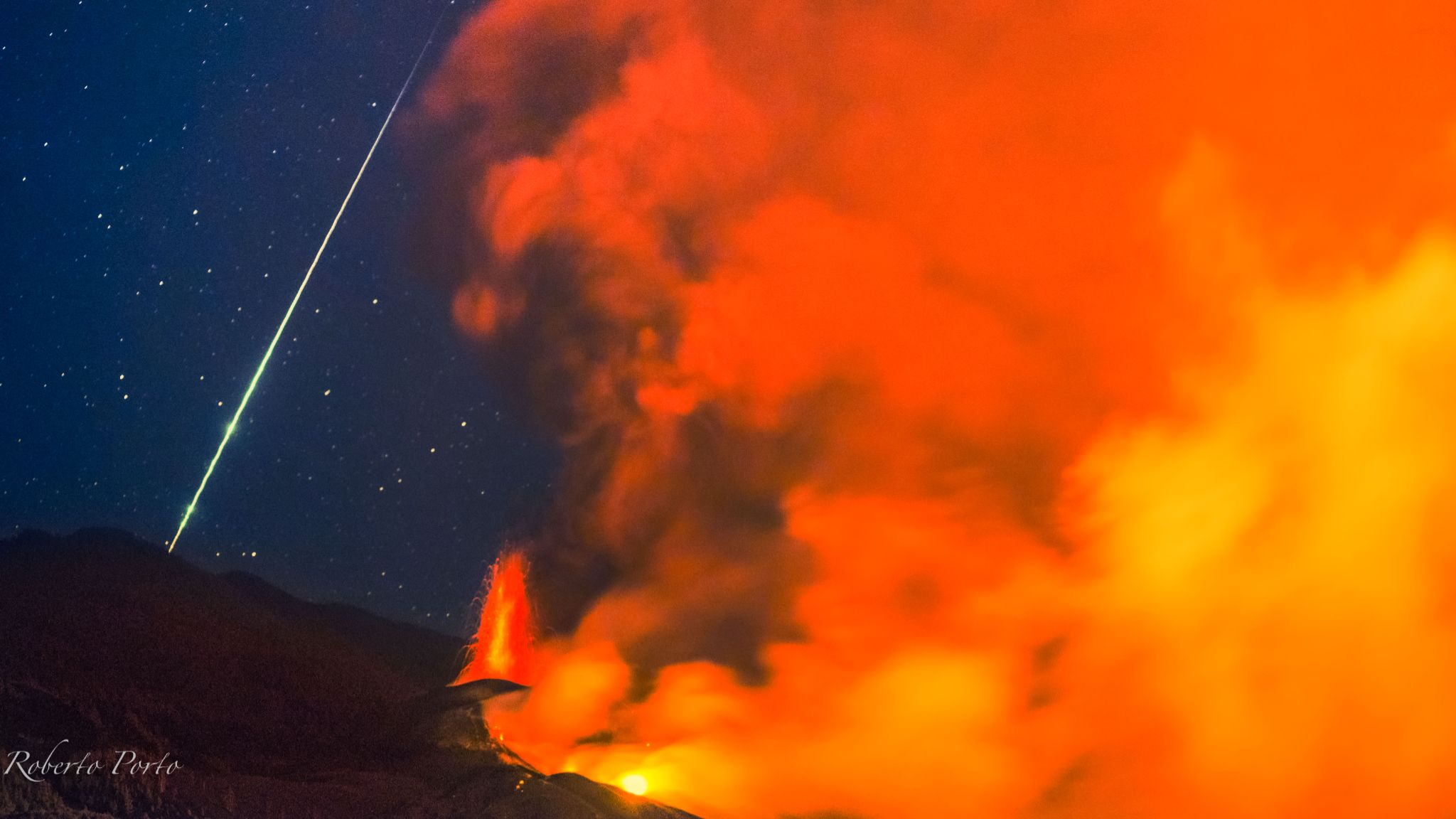 changes in color to show the sky blue as the red colour of the volcano was everywere. No crop in this photo, is the original format

Day 56 of the eruption of the volcano Cumbre Vieja on the island of La Palma. We got to see the volcano on the 10pm Ferry. The volcano is quiet, it no longer emits its deafening noise. Barely any magma comes out of the Strombolian eruptive mouth. The cone emits two columns of volcanic smoke, one white and the other black, which, dragged by the trade winds, head to the sea where the lava flows that reach the sea are mixed with the much larger column of smoke and tinged red by the reflection. sea.
The rest of the sky is clear and Orion, Syrian, Taurus and the Pleiades are clearly seen in the sky. The crescent moon illuminates begins to descend on the western horizon.
These high-smoke, low-lava conditions seem favorable for multiple volcanic rays to occur. We can see about 7 in total, followed 4 seconds later by the corresponding thunder. So we know the distance at which we have the volcano.
We are leaning against the wall of the church of Tajuya, while the 5 Nikons tirelessly shoot photos at the volcano to capture the rays. Some dogs in the distance start barking for no apparent reason.
Suddenly, a short but intense tremor shakes the wall of the church. We just felt an earthquake of intensity 4.7.
In a few seconds the dynamics of the volcano change completely. It stops emitting so much ash and the lava gains strength again coming out of the main mouth. At that moment a fireball, from the rain of taurid stars, falls from the sky and explodes just above the volcano ...--