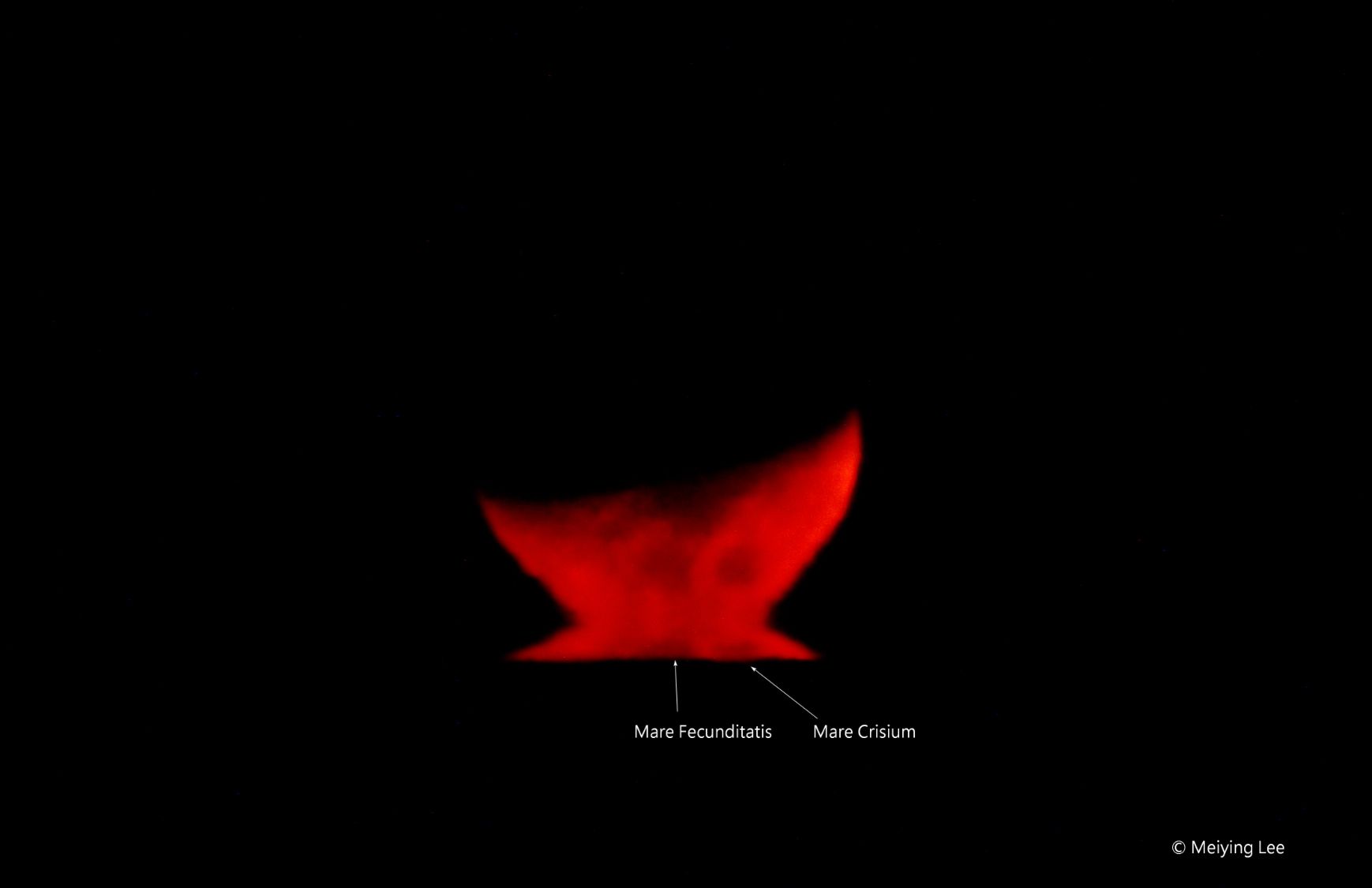 The inferior mirage of celestial bodies rising or falling from the sea level is the most special and beautiful mirage. This is a special phenomenon that occurs when there is a low-density layer of hot air on the surface of the earth or ocean due to refraction. The most common one is the sun’s inferior mirage. The moon’s inferior mirage is not common because it is dark, but if you have the opportunity to see the moon’s inferior mirage, you can just use the terrain and potholes on the moon to confirm the mirage with inverted shape!
The weather was good on November 10th, and I was lucky enough to meet the rare inferior mirage of the sinking moon! When the moon is very close to the sea level, the inverted virtual image below will form and slowly rise and connect with the upright image above to form a rare sight like an Etruscan vase or Omega (Ω) shape ! In this photo, both the Mare Crisium and the Mare Fecunditatisthe of the moon appear in the upright image and the inverted virtual image. The two are connected together, which confirms that the virtual image below is inverted. Because the upper part of the waxing crescent moon is the dark part of the moon, the upper part of the Omega image disappears, and it looks more like a wine glass!
Link to the time-lapse video where the mirage appears under the moon and is connected to the upright image: https://youtu.be/49HA67u_f20