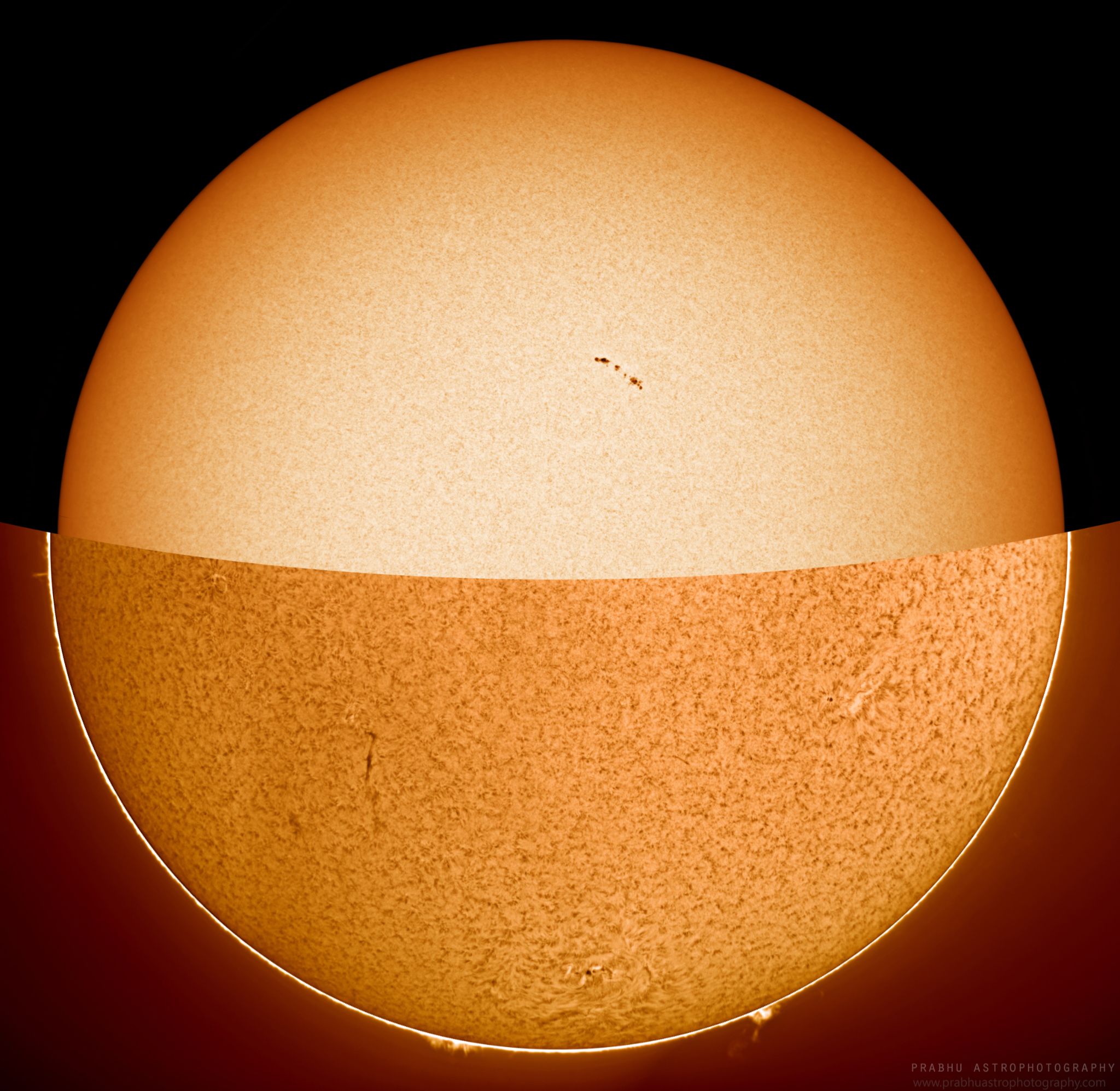 Collage of 9 panels for the disc and 2 panels with different exposure for the prominences, stacked 50 frames for each panel in AS!3 then merged the panels in photoshop then adjusted the color balance and blended the white light and H-alpha image.

A Composite image showing the Sun in white light (top) and in H-alpha(bottom).
We can study the sun in either white light or in several narrow wavelengths, the most common of which are red hydrogen-alpha and violet calcium K-line light. White light filters reveal the glaring face of the Sun called the photosphere, home to granulation, a rice-grain texture of rising and sinking convective cells; faculae, bright patches of concentrated magnetic energy; and sunspot groups that come and go as the rotating Sun carries them in and out of view. Nothing matches the view through an H-alpha (Hα) filter. Viewed in a narrow slice of the spectrum centered in the ruby-red H-alpha line, the Sun throbs with activity. In the red of hydrogen light emitted by hydrogen atoms with a wavelength of 6562.8Å (656 nm)., we peer into the solar chromosphere, the layer directly above the photosphere. Besides the features in the white light image, several other features are visible in the H-alpha image such as Active & Quiescent Prominences, dark Filaments and bright Plages, Active Regions such as AR 2871, AR 2872 & AR 2973.