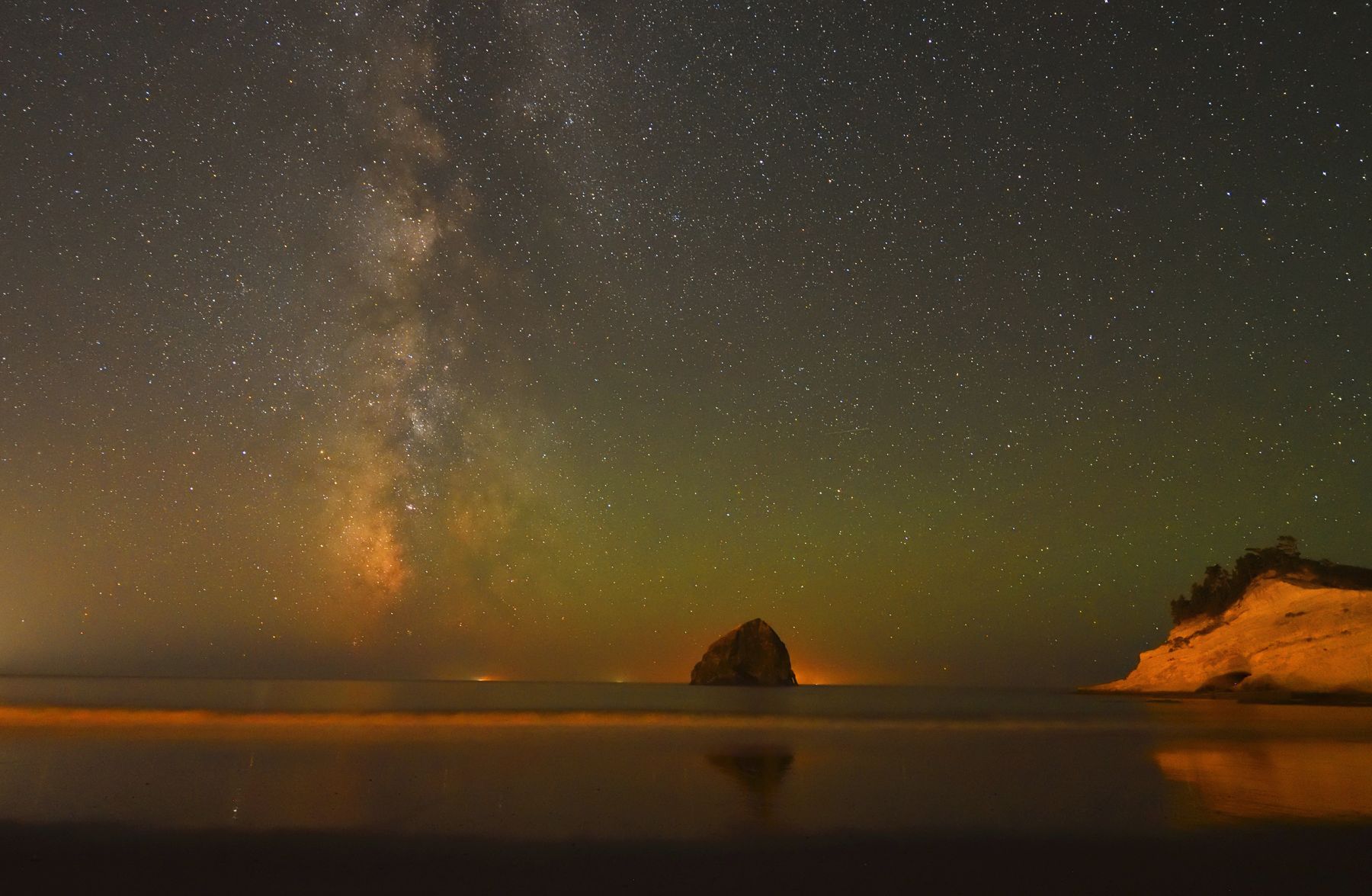 The bright green radiance to the right of the Milky Way, just over Chief Kiawanda Rock, is airglow, also called nightglow. Swedish physicist Anders Angstrom first identified the airglow phenomenon in 1868. It comes in different colors. The green airglow, fainter than zodiacal light, pervades the night sky from equator to pole. It usually appears 10-15 degrees above the horizon of the observer.
Airglow is caused by various processes in the upper atmosphere of Earth, such as the recombination of atoms which were photoionized by the Sun during the day, luminescence caused by cosmic rays striking the upper atmosphere, and chemiluminescence caused mainly by oxygen and nitrogen reacting with hydroxyl free radicals at heights of a few hundred kilometres. It is not noticeable during the daytime due to the glare and scattering of sunlight. ( from Wikipedia)
The green airglow in the photo is not visible to my eyes, but the camera picked it up to my delight.