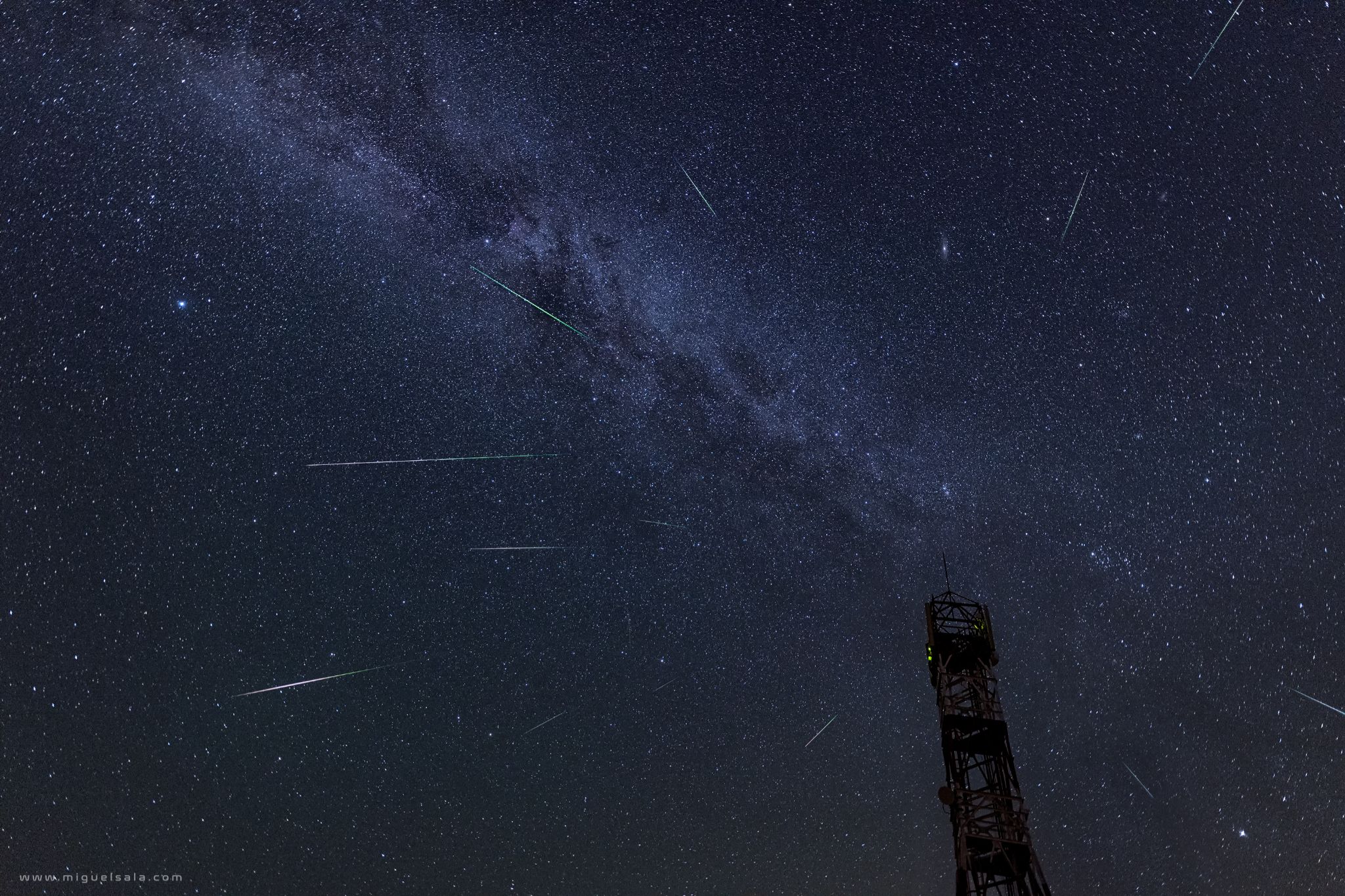 Perseids meteor shower.
The Perseids are remnants of Comet Swift-Tuttle, dust and particles, which when touching the upper layers of the atmosphere volatilize, producing an incandescence visible to the naked eye in the sky. The Earth, in its translational movement around the Sun, passes through the orbit of the comet every year, encountering this accumulation of particles on the same dates, reaching its peak around August 12-13.
Since this meteor shower appears to come from the Perseus constellation, it is called the Perseids.

In this photograph I wanted to visualize the "radiant", the point from which the Perseids seem to come, although in reality it is an optical effect, similar to that of the train tracks that seem to meet, although they are parallel.
To get this, I left the camera shooting pictures every 2 seconds for 2 hours. Thus, I was able to capture some meteors in 12 of them. This photograph is the sum of these 12 photographs, that is, all the Perseids captured by the camera during the 2 hours.
Above the antenna, to the left of a Perseid, we can see the Andromeda Galaxy.