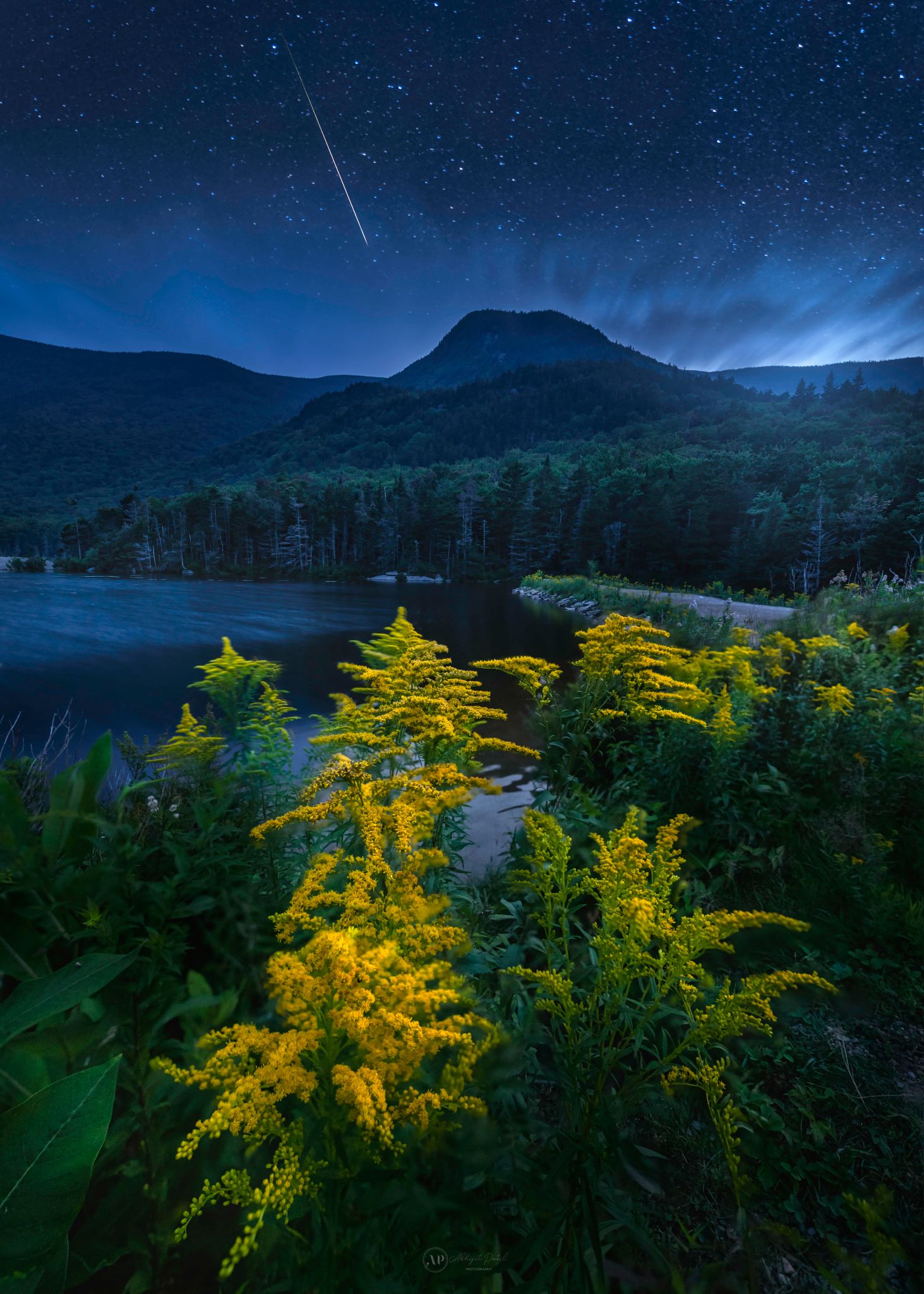 I went out to photograph the Perseid meteor shower and the final shot was the one that I had planned in mind. But when I reached this place it was pretty evident that it would rain and get cloudy. I snapped the foreground and started roamng around to find a place with clear skies (or even partly) so that I can capture some meteors. I finally reached a lake in Sanborton where I set up both my cameras and captured couple fireballs and few small ones in spaces of open sky. Rest of the sky was still partly cloudy. I put my vision to life in Photoshop.