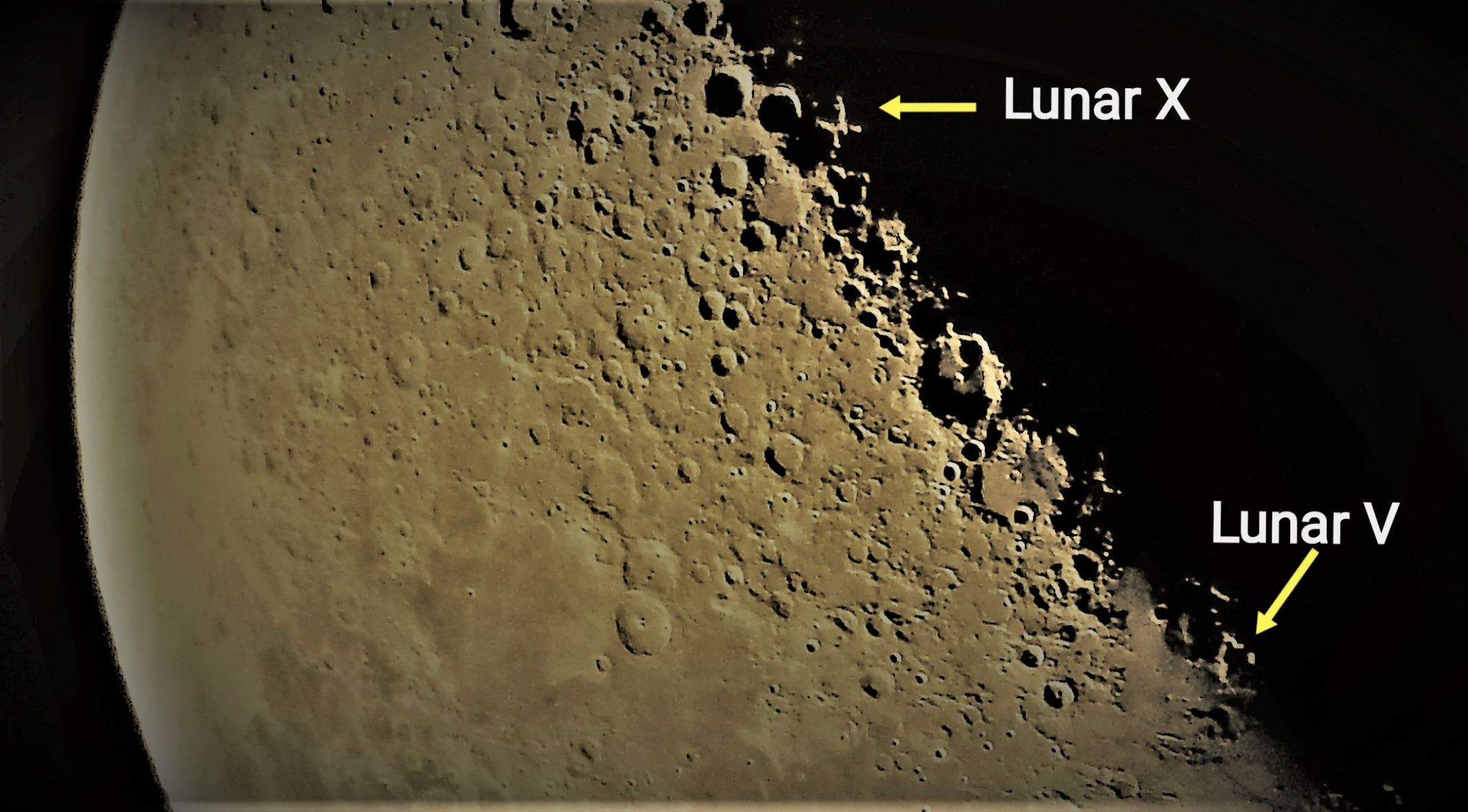 Original photo had been cropped to show the region in detail.

After a second thought, I had decided to continue posting on Earthsky as and when I spot something that may interest the community. The waxing crescent moon was seen here today in Singapore at 42.4% illuminated at a distance of 395,215 km. My intention was to capture the moon with the twin Gemini Stars , Castor and Pollux. However upon a closer look at the moon tonight, I realised that the Lunar X and V were clearly visible. These are transient lunar that is visible on the lunar surface for about 4 hours, once a month. They are caused by sunlight illuminating the edge of craters. The “X” is caused by light illuminating the rims of craters Blanchinus, La Caille and Purback. The “V” is caused by light illuminating crater Ukert along with several smaller craters. They are most striking when they are visible on the shadow side of the terminator, but they will remain visible against the lunar surface even after the terminator has moved because they are brighter than the surrounding area.